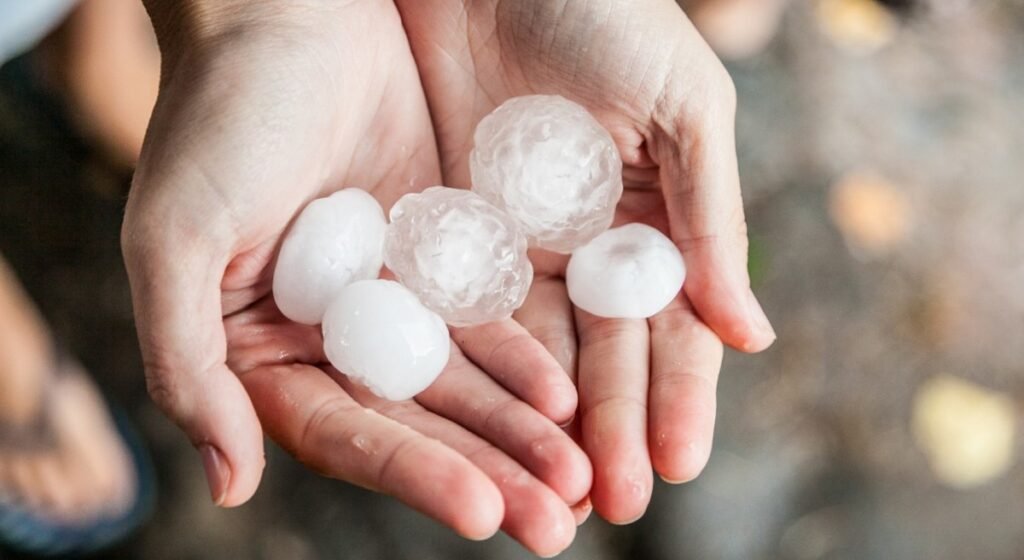 One of the issues that most concerns users with solar panels or those who are thinking of carrying out an installation in their home is the useful life of the solar panels and whether they adequately resist the passage of time and adverse weather conditions, such as the granite case.

In this article we want to help you clarify all your doubts regarding hail, solar panels and how it affects them. We recommend that you continue reading to answer all your questions.

Solar Panels and Hail: How Does It Affect You?

One of the most common problems that solar panels suffer from is  microcracks on the silicon crystal surfaces . These can be produced during the time of manufacture, but also due to poor transportation or during installation. It is less common in other circumstances, but not impossible – especially in the case of low-quality solar panels. And it is that exposure to the elements, as well as changes in temperature and tensions between cold and heat can cause the cracks to increase in size, which can ultimately result in a  loss of efficiency .

When it comes to solar panels, hail and how the latter affects photovoltaic cells, it is important to make it clear that  it can affect solar panels , although not in all cases. In general, the usual photovoltaic solar panels can withstand a normal hailstorm, however, if the hailstones are exceptionally large, it is possible that they end up fracturing the crystals.

Are solar panels resistant to hail?

It marks the requirements that solar panels must meet to be qualified as suitable for long-term operation in outdoor climates in general. Specifically, it is one of the most widely used certificates in Europe that guarantees the passing of tests such as the launch of large ice balls without this influencing the degradation of the plate —or at least in a limited way—.

Specifically, the test consists  of launching a 203-gram ice ball at a speed of 39.5 m/s . In addition, the test certifies that the damage suffered by the solar panels is less than 5% —essential to have said certification—. In general, most manufacturers pass this type of test without problems, which is why it is not so difficult to find hail-resistant solar panels.

In the end, when talking about hail, solar panels and how it affects them, it is very important to take into account this type of evidence and all the available certificates they have. Manufacturers usually guarantee maximum quality when it comes to marketing their products, although as we said, not all brands are the same or offer the same quality.

A few years ago we found one of the most notorious cases regarding the resistance of solar panels to hail. It was in the year 2017, at which time Lakewood (Colorado, United States) experienced one of the largest hailstorms to date.

The storm battered the city smashing cars, windows and causing numerous injuries to people and animals, even ruining the Colorado Mills Mall with ice balls that exceeded 12 centimeters. The curious thing was that a few kilometers away was (and still is) the photovoltaic park of the National Renewable Energy Laboratory (NRELL) and that the ravages of the storm only affected one of the 3,168 photovoltaic panels. Although the affected panel was destroyed, the plant continued to function without any problem once the storm passed.

The truth is that the solar panels that are built today  are increasingly resistant  and are designed to withstand inclement weather, such as hailstorms. Of course, the magnitude of the hailstorm has an influence, since no facility could withstand a hailstorm like the one experienced in 1970 and which broke records with ice stones up to 15 centimeters in diameter. In any case, you should know that most hail storms do not usually pose a serious threat to solar panels.

Does the warranty protect my solar panel against hail? 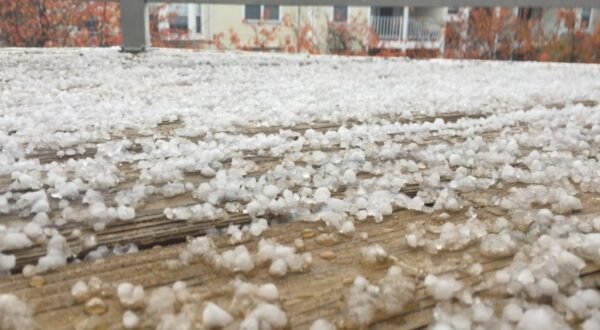 In general, the guarantee of solar panels  does not usually cover breakages of solar panels due to hail , however, everything depends on the brand and the type of guarantee that you have —it also influences whether you have insurance or not—. Keep in mind that the solar panel warranty offered by the manufacturer covers all manufacturing errors and defects, such as rust, failures in the solar cells or drops in maximum power below 80% — which implies that there is some kind of failure in the system—.

In general, the guarantee of solar panels  usually covers up to the first 10 years , however, it is important to pay attention to the specifications of each brand, as well as the exclusions, since in some cases we can find specific messages that list exclusions for damage from lightning, frost, snow, storms, waves, extreme heat and even hail. The same thing also happens in major damage such as earthquakes, typhoons, volcanic eruptions and other problems. The most advisable thing, always, is to find out calmly about the manufacturer’s brand guarantee.