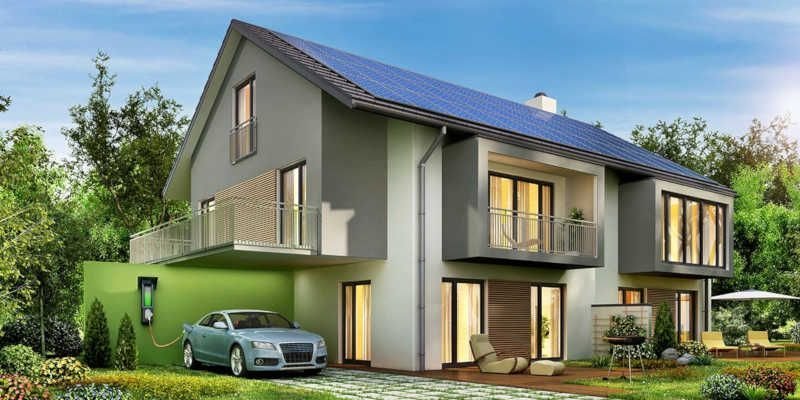 Can we use solar panels without a battery?

With all this hype about solar batteries, you may be wondering if it’s an essential component in your  solar PV setup .  So, can you use solar panels in your home without having batteries? The short answer is yes,  it can.

Even though prices have come down significantly in recent years, batteries are not profitable for homeowners in Spain.

The  price  of a photovoltaic solar installation with batteries can increase up to  80% more  and the stored energy would cost more than the energy that we extract from the network.

There are certain advantages to having batteries as backup in some occasions, but it is not essential for all.

Below, we discuss cases where having batteries can sometimes help and cases where just installing rooftop solar panels would suffice.

When are batteries needed?

If you live in an  area  with an  unstable ,  old ,  or  saturated  power  grid  that frequently  results  in  outages .

If you live in a  remote  and  isolated area   without a central power grid,  you will need  a device such as a  battery  to  store  the  energy  produced and  use  it  later .

As a backup, batteries can be useful. With  storage installed , your inverter now relies on the battery instead of the grid to power your home. Unfortunately, such a configuration with modern lithium-ion batteries  currently  increases  the  price  of your photovoltaic installation by  80% . And with that you still wouldn’t buy enough battery capacity to power all the appliances and devices in your house.

I would have to choose whether to use one or the other before the battery was completely discharged in just one day. The batteries would be recharged with the production of their solar panels but the amount will depend on the weather conditions. This type of installation  does not  provide  enough  power  to completely rule out grid independence.

To determine the profitability of a battery, it is necessary to consider the cost of the battery, its power, its useful range and its cycles of use.

For example, a 4.8 kW Lithium Ion battery with a utilization rate of 80% becomes 3.8 kW if we consider 6,000 life cycles, we will obtain 22,800 kW of production throughout its useful life. With an  investment cost of €1,800,-  we find that the cost per kW produced is €0.114, an amount that can coincide with what the electricity company itself charges us. This data shows that although they may be interesting, batteries today are not the panacea for self-consumption.

When are batteries not needed? Connected to the network: the network is like a giant battery

Probably the hours in which it demands more energy consumption, do not always overlap with the hours of greater solar production.

During these times (and especially at night), homes with a solar PV system often draw power from the grid, which acts as a giant power backup system.

When the sun is shining, we consume the energy directly from what the panels produce and when it is not, we extract it from the network.

These types of installations are called grid-connected systems. This could be considered a way to  “store energy” without the need for a battery system.

It will probably produce even more power than it needs at noon when the sun is shining brightest.

On the other hand, air conditioning systems based on underfloor heating are a huge battery that accumulates heat (or cold) in the radiant plate during the hours of photovoltaic production and defers it to be used at night thanks to the inertia that the system.

With the  Royal Decree on Self-consumption , according to the current legal provision, the compensation of the surplus energy discharged into the network, will be carried out by the supply company, deducting a part of the discharged energy from the part that we have consumed within the time interval of one month. . With a  bidirectional meter  you can send that excess energy to the grid and get credit. This is essentially “storing” that energy into the grid for later use.

When you need power at night, your system goes into reverse mode and gets the power you need. Even if it doesn’t produce extra electricity, it can draw from the grid if you’re connected to it.

If you’re not particularly concerned about power outages occurring in your area and the network working fine, you may not need a battery. Most outages in Spain are resolved within a few hours or a day at most.

The storage capacity of a typical solar battery is sized to provide electricity for about one to two days in the event of a power outage. So while a solar battery might smooth out that energy loss, it’s a matter of weighing the cost of a battery versus the benefits to you.

When the variables of profitability or the realized ROI come into play, it is worth at least comparing it.

If you have any questions about this, Akiter’s energy advisors will answer all your questions without any commitment.