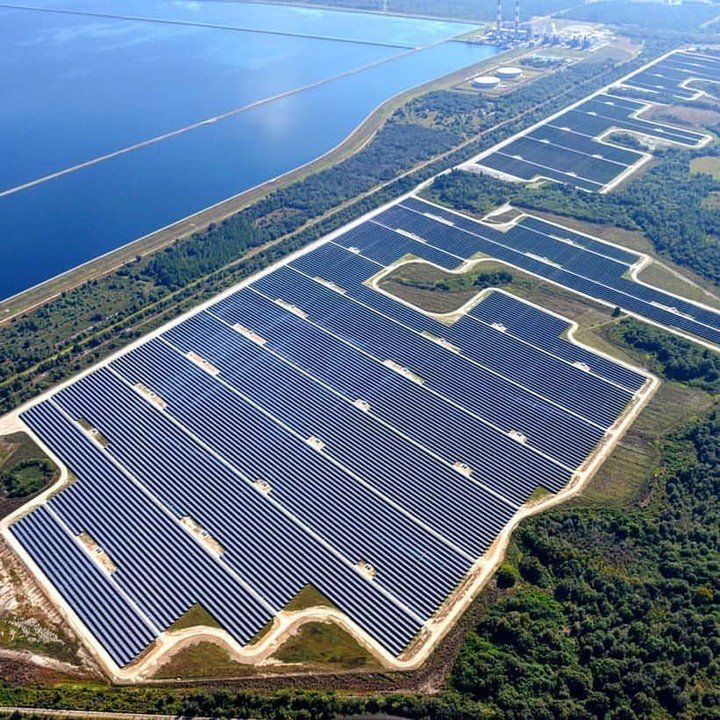 In this article we will talk about the Characteristics of solar energy . we will mention everything you need to know about this technology. What Makes Solar Power So Popular? What exactly is solar energy? We invite you to read. In recent years, the sun’s rays have been increasingly used around the world to produce electricity. Photovoltaic panels supply both private homes and production plants.

Solar energy is the energy that comes from the sun. It is the most important source of renewable energy. Solar energy can be used to generate electricity, to heat and cool buildings, and to produce hot water. It is a clean and renewable resource that can help to reduce our dependence on fossil fuels. Solar energy has many advantages, including the following:

1. Solar energy is free. Once you have installed the necessary equipment, you will not have to pay for the sun’s energy.

2. Solar energy is renewable. The sun will continue to produce energy as long as it exists.

3. Solar energy is clean. It does not produce air pollution or greenhouse gases.

4. Solar energy is versatile. It can be used to generate electricity, to heat and cool buildings, and to produce hot water.

6. Solar energy is reliable. The sun will rise every day, and as long as there are no clouds, solar panels will produce electricity.

7. Solar energy is sustainable. It can be used indefinitely without damaging the environment.

Solar energy is electromagnetic radiation from the sun, which is the result of vibrations in the magnetic and electromagnetic fields of our star. First of all, it is high-energy and available all over the Earth. It is increasingly replacing conventional energy sources, such as natural gas, oil, coal or uranium, and is of great importance from the point of view of protecting the environment and obtaining clean energy. 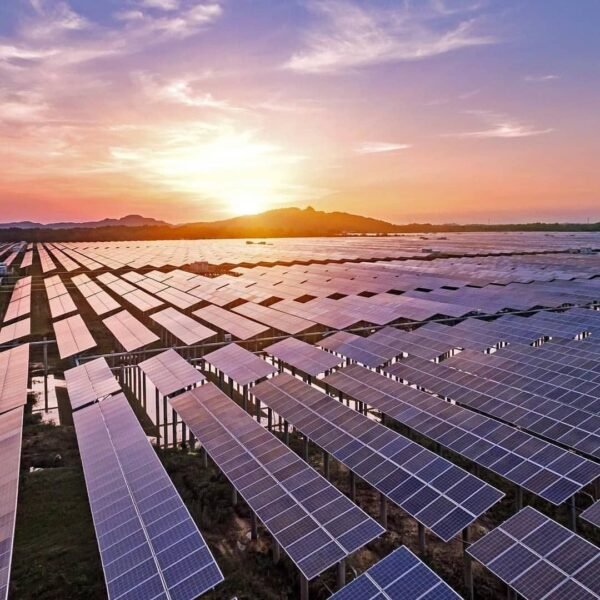 Amazing facts about the sun

Solar energy is the largest source of energy on Earth. We receive 173 thousand at any time. TW, which exceeds 10,000. times more than the total energy consumption on Earth. In two hours, more falls to Earth than the entire human population consumes in a year. If solar panels were placed in an area equal to one-half percent of the entire land mass of the United States, all of the country’s energy needs could be met. The average annual insolation in Poland is 1000 kWh per square meter. To meet the annual demand for electricity in Poland, photovoltaic panels must be installed in an area of ​​5 km2 (i.e. a square with a side of about 2200 m).

Within the Characteristics of solar energy, we must mention that solar energy is renewable. For a given energy source to be classified as renewable, it must not deplete the Earth’s limited resources. Despite the Sun being a technically finite source of energy, NASA estimates that it will continue to produce electricity at the current rate for the next 5 billion years. As a result, the energy produced by our biggest star is considered renewable.

Climate change and the importance of solar energy

Today humanity faces its own crisis. The lifestyle of our civilization depends on access to energy, heating, cooling, lighting, transportation, and many other things that are generally considered essential. It turned out that the way this energy is traditionally produced destroys our own planet and thus threatens our future.

In the case of emission-free transport, electric cars turned out to be the best technology. Generating electricity without producing greenhouse gases is extremely important for environmental reasons. This, in turn, requires global action to transform entire energy systems, replacing fossil fuels with clean (emission-free) and renewable sources. All of this makes solar and other renewable energy sources more important (4).

Solar energy: the leading form of clean and renewable energy

During the last decade (2010-2020), renewable energy sources have gained popularity due to their economic and environmental benefits. Although wind energy is the most widely used source of clean energy, photovoltaics is the most common among private homes. According to the International Energy Agency, solar power alone will account for 60% of all renewable energy growth worldwide by 2024 (5).

The area of ​​Poland is favorable in terms of photovoltaic energy: from 1 kWp, the panels can generate around 900-950 W of constant power. Such an amount is not capable of covering the energy needs of the entire home and its inhabitants, but the technologies used in photovoltaics are in constant development and allow rapid and great savings. A good example to support this thesis is Germany, which is in similar lighting conditions to Poland, and solar energy, compared to wind, nuclear, coal and gas, develops definitely faster there. When deciding to buy a photovoltaic installation, it is worth seeking the support of companies that not only install cells, but also provide substantive knowledge. Stilo Energy  offers such comprehensive support  .

S below we will mention some benefits such as Characteristics of solar energy:

The use of solar energy has many advantages, including:
• completely free renewable energy source: solar radiation occurs in practically all environmental conditions (even when there is a lot of cloudiness in the sky or during rainfall),
• universal technology: Modules can be installed almost anywhere: on the roofs of houses, industrial plants, on the ground. Properly installed solar batteries are largely fault-free and maintenance-free. When selecting a photovoltaic installation, it is advisable to contact professionals who have a lot of experience in this matter, such as the experts at Stilo Energy,
• the cost of obtaining electricity through solar panels is also much lower than in the case of traditional sources,
• obtaining energy in this way does not contribute to the emission of harmful substances into the atmosphere – it allows a real protection of the environment and is it translates into the quality of daily operation.

The sun, located 150 million kilometers from our planet, is capable of meeting its annual energy needs in one minute, and in six months it is capable of providing an amount of energy equal to that provided by natural resources such as coal, oil, gas and uranium. The use of solar energy in the energy industry brings both ecological and economic benefits.

The amount of energy that reaches us in the form of sunlight is in the range of 900-1200kWh / m2, it is measured by determining the intensity of solar radiation. It is also influenced, in addition to sunlight, by factors such as air humidity and its transparency. Northern France, Germany and the Netherlands perform slightly better, but similarly. It is worth mentioning that in recent years solar technology has advanced so much that even in Scandinavian countries, in Sweden, Norway and Denmark, solar energy is successfully converted into heat and electricity in hybrid systems.

The use of solar energy saves up to 70% of domestic hot water heating costs, and in winter with central heating up to 60% of traditional energy costs.

The beginnings of technology were modest, who among us does not remember calculators or watches that run on solar batteries? This was associated with huge costs and was used on a larger scale only in portable devices and when the traditional power line was difficult and expensive to carry. It became popular thanks to innovative solutions that enabled the creation of hybrid systems, as well as thanks to grants and support programs. All these factors contributed to the price reduction, which was the next step for its diffusion, so that, for example, in Australia the price of solar energy production was equal to the energy sale price.

In homes, solar energy is used to heat water, central heating, with low consumption receivers and constant consumption. The surplus is sometimes stored using batteries, but these in our market are relatively expensive. The surplus can also be sold to the energy company, which is obliged to buy renewable energy from the prosumer for 80% of the market price (in Poland). Under current guidelines, by 2020, renewable energy sources will produce 32.4 TWh, of which 1.7 TWh will come from micro-installations.

Advantages and disadvantages of solar energy.

Its main advantage is the absence of negative consequences for the environment during operation, low operating costs and universal availability. An additional advantage is, at least partially, the possibility of independence from local energy providers.

However, the high costs of installing solar systems are a great disadvantage, in the case of individual beneficiaries, still, despite the subsidies, it is still impossible to pass. In addition, the functionality of the system depends on external climatic conditions, therefore: the lack of continuity of supply (at night, in winter), unfortunately, does not give complete independence from other sources of electricity supply, including local suppliers .

According to data from the EPIA (European Photovoltaic Industry Association), cells with a total capacity of 277 MW were produced in 2000. Just 5 years later, the total power of the cells produced was 1782MW, and another 5 years later, in 2010, 24047 MW, the data from the end of 2011 shows that the global power of the installed solar cells is 67GW, which covers 0.5%. of global electricity demand.

The largest power plants in the world

We have reached the end of the article on the characteristics of solar energy, I hope that the concept has been understood.

Read more: What are the characteristics of solar energy?