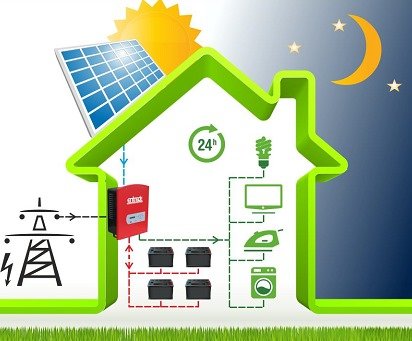 Photovoltaic systems are increasingly chosen and installed to power their homes in an ecological way, but do you know what the components of a photovoltaic solar installation are ?

The photovoltaic solar panel is the element that captures solar radiation and is responsible for transforming solar energy into electricity through the photovoltaic effect.

COMPONENTS OF A PHOTOVOLTAIC SYSTEM 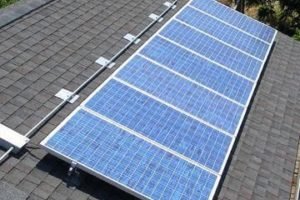 Photovoltaic technology instantly converts solar energy into electrical energy without the use of fuel thanks to the “photoelectric effect”, that is, the capacity of some semiconductors adequately treated to generate electricity when exposed to light.

Photovoltaic systems can be connected to the distribution (grid connected to the electricity grid), or users can be isolated (independent) in cases where it is necessary to provide electrical power in remote areas of the network.

Let’s see what are the  main components of photovoltaic systems.

A photovoltaic system basically consists of:

How is a solar panel formed?

Several cells constitute a  photovoltaic module   (   rectangular shape with dimensions from 0.5 to 1.5 m2)   and several modules connected in series form a  photovoltaic panel.

What type of solar panel is the most efficient?

The most important component of photovoltaic systems is the solar panel. This element consists of the connection of photovoltaic modules and is capable of transforming the solar radiation into a continuous electric current.

It is similar to an electrical panel, protected by a metal enclosure should be placed as close as possible to the panels and in a ventilated room. It is usually placed in the attic. Several investors are available in the market based on power.

The system connected to the public network also includes the presence of:

The bidirectional counter is a particular meter that is added to the pre-existing traditional meter during assembly. It is designed to receive electricity from the local distributor and sell it.

The chain frame of a photovoltaic system protects the system from dangerous rays and photovoltaic cells thanks to the fuse selector.

Main elements of a photovoltaic solar installation in depth

Generally, a module or photovoltaic solar panel consists of an association of photovoltaic cells, encapsulated in two layers of EVA between a glass front sheet and a back layer of a thermoplastic polymer or another glass sheet when it is desired to obtain modules with some degree of transparency

Usually this set of elements is framed in an anodized aluminum structure with the aim of increasing the mechanical strength of the assembly and facilitating the anchoring of the module to the support structures.

The photovoltaic cells most commonly used in photovoltaic panels are silicon, and can be divided into three subcategories:

The inverter is an electronic device responsible for converting the generated direct current into alternating current.

The photovoltaic solar panel provides electricity in the form of direct current. This current can be converted into an alternating current current inverter and injected into the electrical network or into the internal network.

The process, simplified, would be as follows: Energy is generated at low voltages (380-800 V) and in direct current. It is transformed by an inverter into alternating current. In power plants under 100 kW power is injected directly into the distribution network in low voltage (400 V in three-phase or 230 V in single-phase). And for powers over 100 kW a transformer is used to raise the energy at medium voltage (up to 36 kV) and it is injected into the transport networks for its subsequent supply.

The solar trackers allow a considerable increase in solar production, around 30% for the former and an additional 6% for the latter, in places with high direct radiation.

There are solar trackers of various types:

The wiring is the element that transports the electrical energy from its generation, for its later distribution and transport. Its sizing is determined by the most restrictive criterion between the maximum potential difference and the maximum admissible intensity.

Autonomous photovoltaic solars installations and connected to the network

Taking into account these complementary elements, the types of basic photovoltaic installations are clearly differentiated:

In the following sections we will explain and comment on the different elements that make up a photovoltaic solar installation depending on whether they are autonomous or are connected to the network.