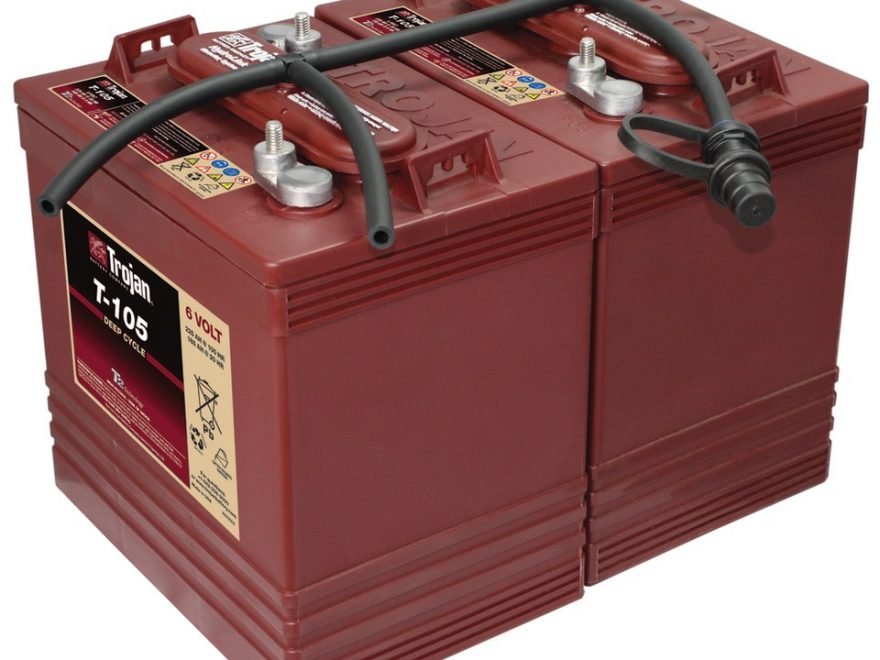 In this article we will talk about deep cycle batteries. The name  Battery  can produce the most varied representations for each person when talking about this topic. There are small batteries, similar to batteries, cell phone batteries and of course, automotive batteries. They all refer to the same thing, the accumulation of energy.

Related: what is the discharge rate of a battery

We will then segment the battery element in reference to the storage of the energy produced for use on demand, since one of the characteristics of renewable energy is its intermittency. The sun gives us all its power during the day, and the wind depends on atmospheric pressure factors that can sometimes appear too low or directly without movement. It is then, that we must consider the batteries as a repository where to store the production surplus while the system is in operation.

Deep cycle batteries are the key component to store and harness the power of systems based on renewable energy.

Car batteries are called  short cycle  because they are designed to deliver full potential in a short amount of time, approximately 3-6 seconds. For example, a vehicle with a 65 amp battery may draw an average of 400 amps for 3 seconds until the engine starts, and then the alternator will take care of that discharge immediately. That discharge-charge cycle is estimated to be around 5% of the battery’s capacity, and since the alternator is active during engine operation, the battery will always be at 100% charge. 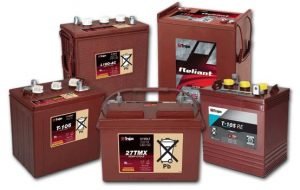 In the case of a residential or continuous use installation, the consumption will be distributed in different appliances that will draw energy constantly, producing a slight discharge over long periods of time. This is where deep cycle discharge batteries come   in, designed to withstand discharges of up to 90%.

In deep cycle batteries, the capacity is determined by the Ampere-Hours, which determine the total amount of energy that a battery can deliver after completing a cycle of 20 hours, at a constant rate of discharge, before the battery reaches 10, 5 volts. Other industries use a different 20-hour period, but 20 hours is an industry standard. This means that a 200 amp-hour battery can run on 10 amp draw for 20 hours, at which point the battery will be dead. This is commonly known as the 20 hour rate.

There is a wide variety of deep cycle batteries, with voltages ranging from 2v to 48v, and a variety of capacity in ah (ampere-hours). Usually the lower voltage ones offer higher  amperage capacity . The quality and cost ratio places 6v batteries as an efficient alternative, with capacities ranging from 150ah to 230ah.

When performing an installation, battery banks are configured by combining them in series or parallel connections to achieve the desired power.

When sizing the power system, all devices that will take power from the battery bank must be considered, also calculating a surplus to avoid complete discharge. The less discharge that occurs in the battery, the longer its lifespan. This is because batteries have a certain number of life cycles before losing considerable efficiency. The greater the depth of discharge, the fewer life cycles. 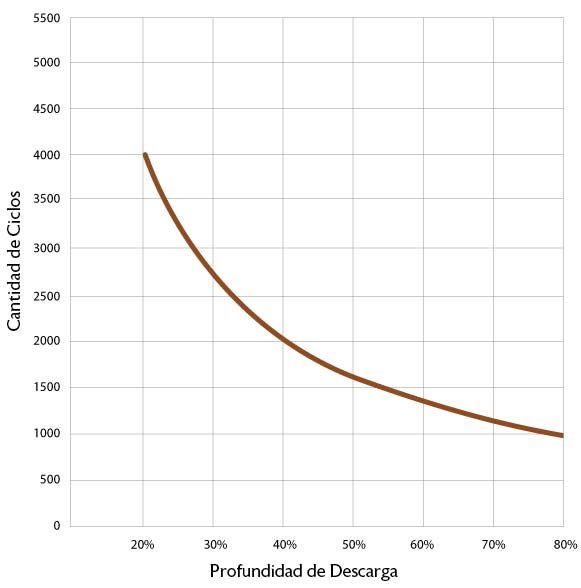 For deep cycle use, the general rule of thumb is to use batteries with three to four times the amount of the system’s daily requirement. If you use 12 amp-hours per day you will need a 36-48 amp-hour battery.