Today’s article is aimed at those who start in the world of photovoltaic energy and need information about the types of solar panels  that are most commercialized in the current photovoltaic market. 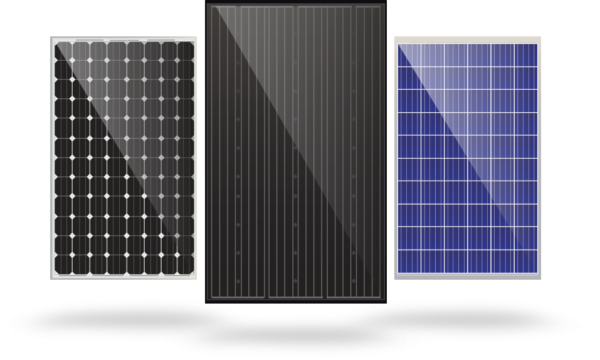 Based on what has been said, things have not changed much in the last 10-15 years, we are in 2017 and there are still 3 technologies that stand out above the rest and are the ones that are installed in 90% of current photovoltaic systems.

There are many  different types of solar panels  and they all have advantages and disadvantages. We list it for you. 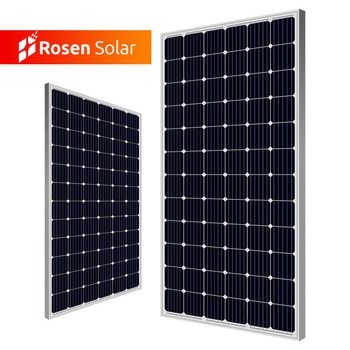 As its name says, monocrystalline solar panels are composed of monocrystalline cells. They are that type of cell that, to the naked eye, we can differentiate by its  color “black”  and with the corners cut with a chamfer (result of the cut of the cell).

They are the most efficient photovoltaic modules that we can find, always exceeding in efficiency and performance polycrystalline.

The most common way of manufacturing monocrystalline silicon cells (sc-Si) consists of starting from an ingot of a single crystal of silicon, obtained by the methods of Czochralski (Cz) or floating zone (FZ), and cutting it into wafers that they constitute the substrate on which all the remaining process will take place (union “pn”, metallization, etc.).

The previous image is an example of this type of cell that we discussed. In addition to this, note that monocrystalline solar panels are the  most efficient  among all available in the sector. 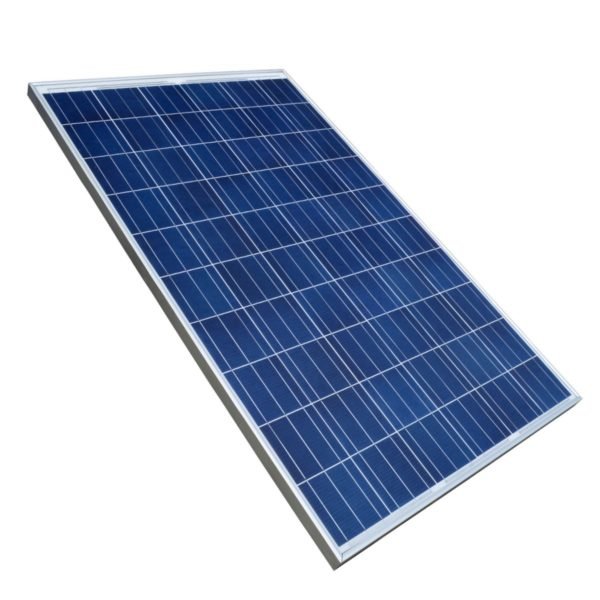 This type of processing is less expensive than the previous one, but it  considerably reduces the efficiency  of the cells. 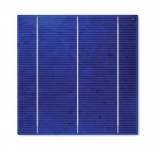 The most recent advances, such as diamond wafer cutters used by manufacturers such as SolarWorld, have led to an improvement in silicon utilization efficiency (less material is wasted) and allow to obtain wafers of less than 200 microns in thickness, although this thickness is close to its physical limit because we must take into account that the cell must be strong enough to not break in its subsequent handling for the manufacture of the panel.

In addition to this, it has been possible to improve the losses by reflection and a better capture of the light inside the cell by means of texturing techniques and anti-reflective treatments.

We can see an example of texturing in the following image:

As can be seen in the image, a series of micro-perforations in the form of an inverted pyramid have been practiced on the cell, what they do is help to  improve the capture of sunlight from the cell , and consequently, from the panel solar.

As we have already mentioned in previous articles on ” Cell Tape and Connection “, the conductive grill that forms the frontal contact of the cell usually consists of a series of “fingers” that are in direct contact with the semiconductor and that are connected between yes by means of metallic strips (what is usually called Bus Bar).

The design of these “fingers” and the Bus Bar that cover the cell  affect efficiency  in two ways:

On the one hand, it involves a shading that prevents part of the available radiation from reaching the interior of the cell and, on the other hand, introduces a resistance, due to the metal-semiconductor junction and the resistance of the material used.

In this sense, it has evolved from the conventional technique of silk-screen printing to  contact buried by laser , achieving a 25% improvement in cell efficiency without hardly raising its manufacturing cost.

Both the mono and polycrystalline cells described have electrical characteristics of approximately 0.5 volts in open circuit (Voc) and about 3 amps in short circuit ( the intensity is directly proportional to the area of ​​the cell ). 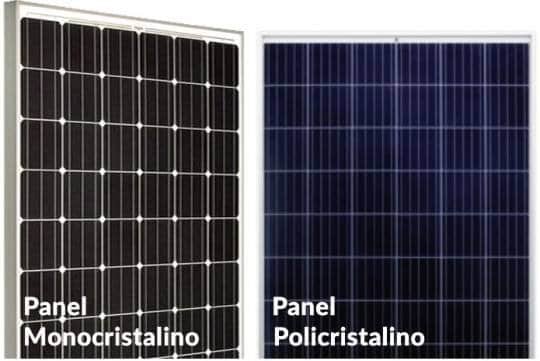 As is logical, once the cells are obtained, they are assembled and a production process is carried out until what we end up seeing in our photovoltaic installation, which are monocrystalline or polycrystalline solar panels according to the type of cell.

Although the most common types of panels are those described, mono and polycrystalline, we must not forget also the amorphous silicon solar panels, or also called  “thin layer” .

The operation of a thin-film solar cell of amorphous silicon is the same as crystalline cells but its processing is very different. The characteristic aspects of this technology are:

The amorphous silicon cells have been the first thin-film cells that began to be commercialized, however, due to the drop in prices experienced by crystalline solar panels, they have been losing positions in the market and their implementation is currently  very limited .

The amorphous silicon a-Si technology has a considerably lower efficiency than those based on crystalline silicon, mainly due to the  poor quality of the silicon used , whose internal structure makes it difficult to collect the photogenerated carriers. However, they are especially suitable for indoor use, in dusty atmospheres, etc. 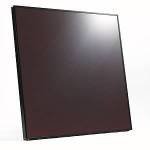 As you can see in the image, the amorphous silicon solar panels do not consist of the union of individual cells as in the crystalline solar panels, but in a lamina cut to measure in which there are thin strips that separate the cells, created and connected to each other during the development of the module itself, whose framing facilitates the handling and assembly thereof.

The range of voltages is also wider than in those of crystalline silicon, ranging from a few volts to tens of volts and which also makes them  interesting for solar pumping systems .

Commercially,  solar panels  are classified by their peak power (Wp), which is the power they can generate in standard conditions of measurement (STC), in other words, it is the power that is indicated in the product data sheet.

Another of the data that usually look at the nominal voltage, which will indicate whether the panel will be suitable for isolated systems of 12V, 24V or for grid connection and self-consumption.

These are, broadly speaking, the  types of solar panels  that we can currently find in the solar photovoltaic market. There are more types of panels, and even variations in the technologies described, such as the Mono PERC or the Panasonic Sanyo HIT, both more efficient than the rest, however, we have preferred to leave them for future articles.