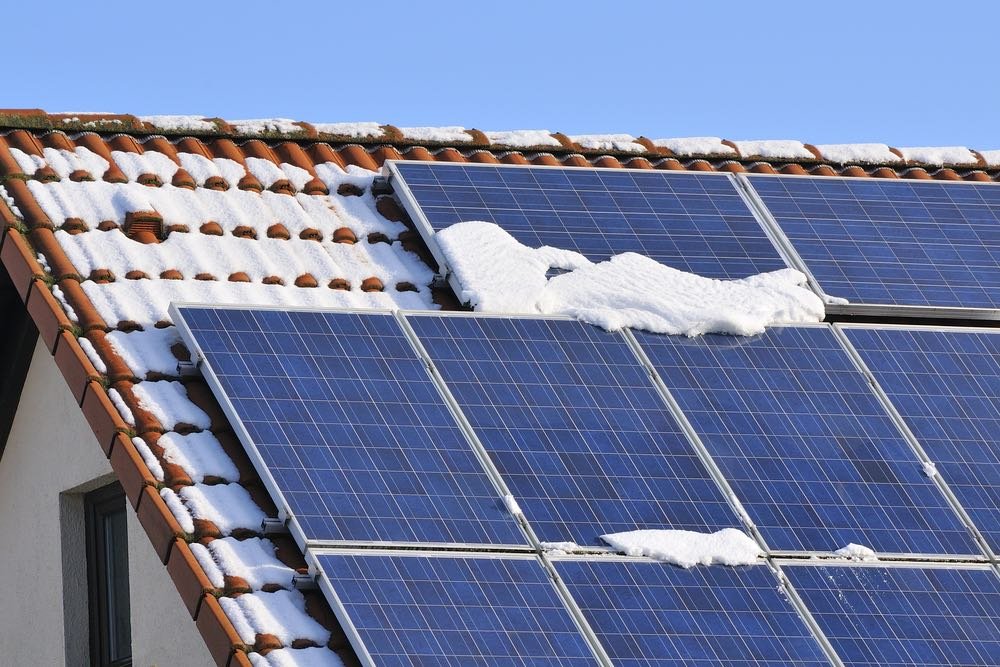 Many people have the belief that when the temperature drops, when the snow appears, the solar panels stop producing electricity, but this is not the case.

When the cold arrives and the less sunny days … how does winter affect solar
panels? If I live in a wet and snowy area … will photovoltaic panels produce
energy? Does it make sense to install solar panels ?.

Do solar panels work in winter?

In this article we will answer in detail what happens if you decide to install solar panels in winter.
During the winter, solar radiation has a shorter duration and intensity due to the
position of the Earth relative to the Sun.

But the solar panels continue to work and
produce electrical energy. Even in some situations, installing solar panels
works better during the winter because colder temperatures help to
increase their efficiency. As photovoltaic modules do not capture
heat energy , but sunlight, they still work in winter or at low temperatures.

When the cold tightens and the snow begins to fall, as it has happened in the different cold waves that have hit the country during this season, doubts about  solar energy  multiply.

Does a photovoltaic installation work in winter? Is it appropriate if I live in an area where temperatures are very low? These are some of the issues that are frequently raised and that pull the brake on the extension of solar as an alternative energy source. But what is true in them? Or, to put it another way, are winter and snow at odds with solar energy?

Performance of photovoltaic panels in winter.

In order not to delay the answer any longer, we clarified it from the beginning: the  solar panels  continue working in winter , even when it snows. Now, if the snowfall is so strong that they have been totally covered, the performance will be compromised.

However, the above does not translate into that widespread belief that a domestic photovoltaic installation will not operate in the colder months. The reason is simple. Photovoltaic panels for the generation of electricity  do not capture the energy of heat, but of light . In fact, low temperatures are preferable to high temperatures, in terms of improving panel performance. 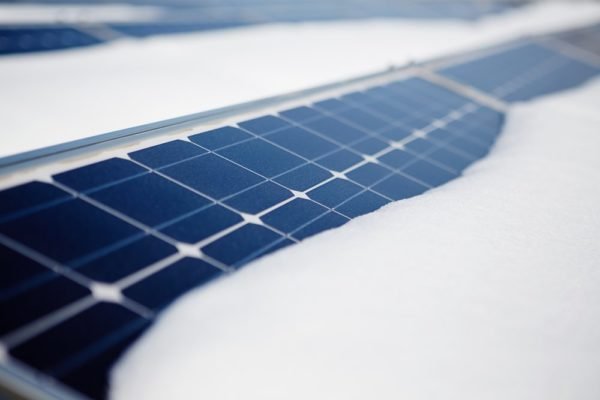 What is unquestionable is that,  less hours of exposure to sunlight, less energy will be captured  by the panels. And that, in winter, when the days are shorter, it is inevitable. At this point, the type of panel that has been chosen will be crucial.

If the installation is equipped with high efficiency systems, the problems will be less than in other cases. Thus, anyone who is considering equipping themselves with a  solar energy kit  should take this aspect into account. High quality panels, anti-reflective or with mechanisms for solar tracking will be more expensive, but will avoid dislikes in those months of the year when natural light is scarcer.

Maintenance of the panels in winter.

An issue that will have to pay special attention when winter comes will be the maintenance of the panels. This, no doubt, is more demanding in these months, especially for those who live in areas where snow usually makes its appearance.

If it is your case, it is convenient not to neglect yourself. Although the vast majority of photovoltaic panels can support a certain weight without problems, extreme care must be taken when facing heavy snowfalls. While it is common for snow to fall quickly, in the event of prolonged cold waves the panels can be blocked.

This situation poses a double challenge: that of the weight on the panel and that of saying goodbye to the capture of energy while these are covered with snow. In this case, removing the blocks manually, personally or by going to specialized professionals, will be the most appropriate solution to avoid damage to the installation and to continue to take advantage of the sun’s energy, even in the harshest days of winter.

Read more about: weight of solar panels on roof