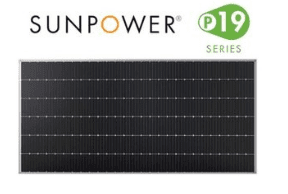 People interested in solar energy and who are interested in buying solar panels, often wonder what happens with the production of electricity from solar panels in winter, on days with little sun and rainy days. Then I will tell you about this topic.

Efficiency of solar panels in winter: do they work on cloudy and icy days?

The efficiency of photovoltaic panels  depends on the degree of exposure to sunlight. So many investors may wonder if PV is a worthwhile investment – will it work on cloudy or icy days? Winter is usually a time when you can’t complain about too much sun, because it appears very rarely and shines much less brightly than in summer.

What should you know about the performance of solar photovoltaic energy in winter?

The winter period is usually quite cloudy days with temperatures around 0 degrees Celsius.

It is worth noting that in winter the efficiency of photovoltaic energy is lower, not completely zero. The electricity of a photovoltaic installation is not produced only in two cases:  at night and when the solar cells are completely covered with snow  . In all other situations, energy is generated.

When photovoltaic panels are cleared of snow, they successfully produce electricity. It is enough for the sun to shine. Of course, there is much less electricity compared to the summer period.

A photovoltaic installation is supposed to generate the least amount of electricity in December and January  . There is a reason for this: then there is the least amount of sunlight. Taking into account the efficiency of photovoltaic energy in winter, it should also be emphasized that the efficiency of the modules increases as their temperature decreases. 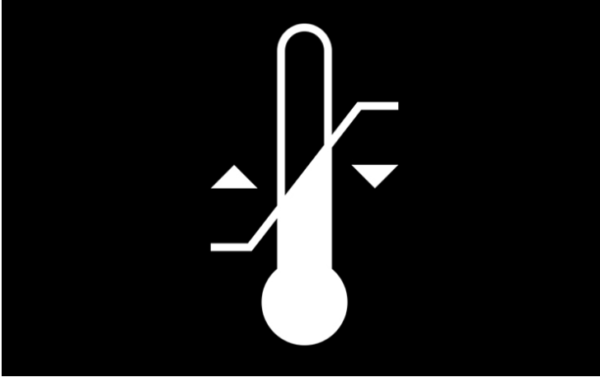 What does it mean? In this sense, the best conditions for energy production are sunny days, but at the same time cold. This is what happens in winter, when frosts are accompanied by the sun’s rays.

What factors affect the amount of energy produced?

The efficiency of solar panels in winter  will depend on several factors:

With a roof slope of 20 to 35 degrees and 40 to 50 degrees, solar panels can lose 3 to 5% of their efficiency. An even greater drop is observed with roofs with a slope of more than 45 degrees, so we are talking about a loss of 5-8%. In turn, on flat roofs, such structures are installed that allow a 30-degree tilt of the photovoltaic panels.

It should be added that in the case of increasing the angle of inclination at the same time, the distance between the rows of photovoltaic panels must also be extended. The casting of mutual shadows is then avoided and therefore the usable area of ​​the panels is avoided. Following these guidelines is particularly important when planning small rooftop solar park investments.

Another important factor is the  orientation of the cells in relation to the light  . The people responsible for the professional installation of photovoltaic installations usually install panels on the roof from the south side. Of course, it is also possible to install panels on the east or west part of the roof. However, when choosing this option, you must consider the need to invest in a larger installation, which also increases the cost of your purchase. This will be necessary when you want to obtain the same power as for the cells mounted on the south part of the ceiling.

The place of installation of the panels is also equally important. These must be in the most exposed place, so that chimneys or other types of objects do not obstruct the access of sunlight to the photovoltaic installation.

An interesting fact is that   temperature is of great importance for the production of electricity  by panels. As it grows, the efficiency of converting solar energy into electricity decreases. The reason for this is the voltage drop in the photovoltaic module, which in turn translates into a reduction in the power of the entire photovoltaic installation panel. 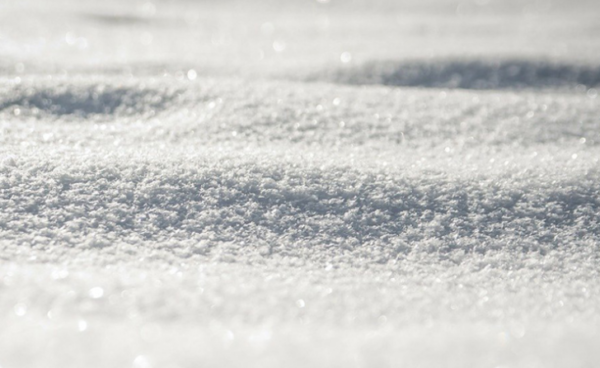 Snowy winter is a lot of fun for fans of white madness. Will the owners of the photovoltaic system on the roof be equally satisfied with the heavy snowfall? Turns out they don’t have to be a problem for them.

It is enough to make sure that the photovoltaic panels are professionally installed. In practice, they should be placed on the roof of the building at an appropriate angle, preferably about 10 cm from the roof surface. Thanks to this,  snow will fall to the ground under the influence of gravity  and electricity production will not be hindered on sunny winter days.

It is also worth knowing that you can remove the snow from the PV installation modules yourself. However, it must be done with sensitivity, delicacy and with a special brush, so as not to scratch the surface of the photovoltaic panels or tear the anodic layer of the aluminum frames of the modules. When cleaning photovoltaic panels, remember that cleaning equipment must be made of non-conductive materials. Plastic accessories will work perfectly; then, in the event of damage to the photovoltaic system, no unpleasant electric shocks will occur. Cleaning operations will also be much easier to use with demineralized water.

Inverters often wonder if the snow cover of about 2 cm on the photovoltaic panels is of great importance in relation to the reduction of the efficiency of such modules. It turns out that a layer of snow of this thickness reduces the transmittance of solar radiation inside the panel by only 80%. 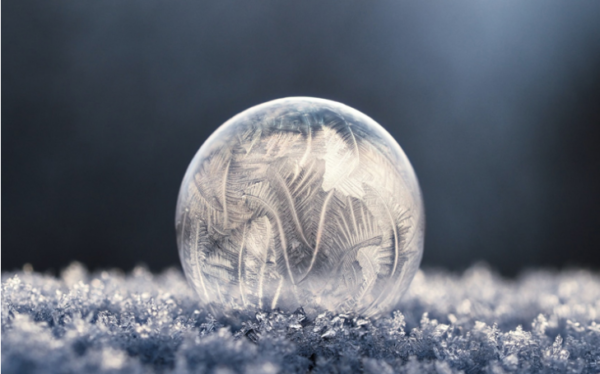 Do freezing temperatures affect the operation of photovoltaic panels? Yes, and against all fears,  this is the most beneficial action  . It turns out that the most modern solutions in the field of innovative photovoltaic installations allow the effective production of electricity even at temperatures reaching -40 degrees Celsius!

The possibility of generating electricity in such conditions is really impressive! It is worth remembering and not worrying about the impact of frost on the efficiency of photovoltaic cells, even during extremely cold winter days.

Where does the energy come from on cloudy days? 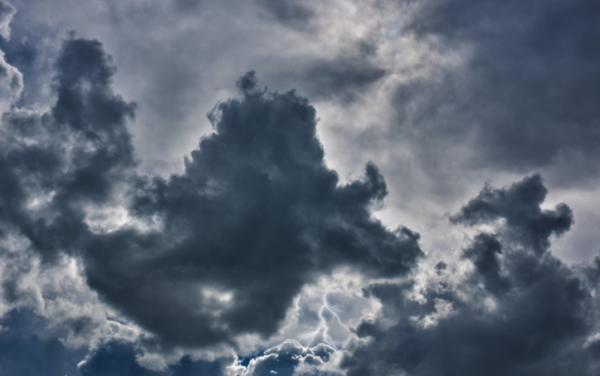 Do solar panels work when it’s cloudy? In winter, there are quite a few days without sun, and meteorological observations show that most of them are in December and January. So where does the electricity come from in those days? The deficiencies in its production are complemented by the self-consumption of the electrical network.

It is during the winter season when the energy produced in summer can be received from the grid. For 1 kWh sent, we can receive 0.7 kWh or 0.8 kWh.

However, it should be noted that electricity is also generated in the absence of the sun. Although there is much less, its production is included in the annual bill sent by the electricity grid operator. The most important thing  is the total number of hours of sunshine during the year  . After all, the solar installations that are so popular with investors are year-round installations.

How much electricity does photovoltaics produce in winter?

It should be noted that the efficiency of solar panels in winter is not of great importance. The  annual balance of energy generated is  definitely the  most important  . 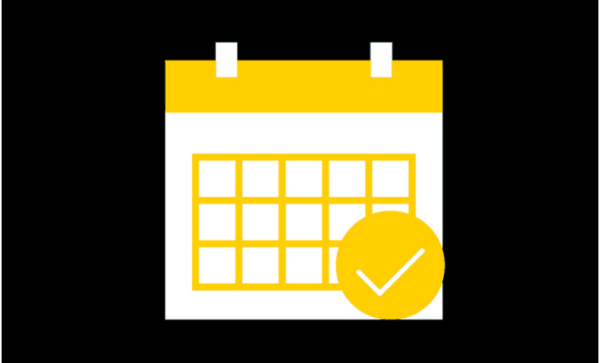 Practice shows that each photovoltaic installation installed in Poland can produce more energy than the amount assumed in the initial forecasts. Therefore, the inverter always benefits: in summer it will not be able to use all the energy produced by the photovoltaic panels. Thus, you will be able to collect it successfully in winter.

What is the electrical performance in winter?

When many investors are asked about the efficiency of photovoltaic panels in winter,  the performance of electricity is  average. There can only be one answer here:  although its value is not 0, it is much lower than in the summer period  .

This state of affairs is mainly influenced by the value of insolation, that is, the power of solar radiation at a given time per unit area. In winter it is approximately 6 to 8 times less than in summer. Therefore, the electricity produced in the winter period will constitute   a few to a dozen percent of the energy  produced throughout the year.

The spring and summer period will represent 75% of the annual electrical yield of photovoltaic energy. One thing is for sure: despite the fact that photovoltaic cells do not produce much energy in the autumn and winter period, it is worth investing in such an innovative photovoltaic installation.