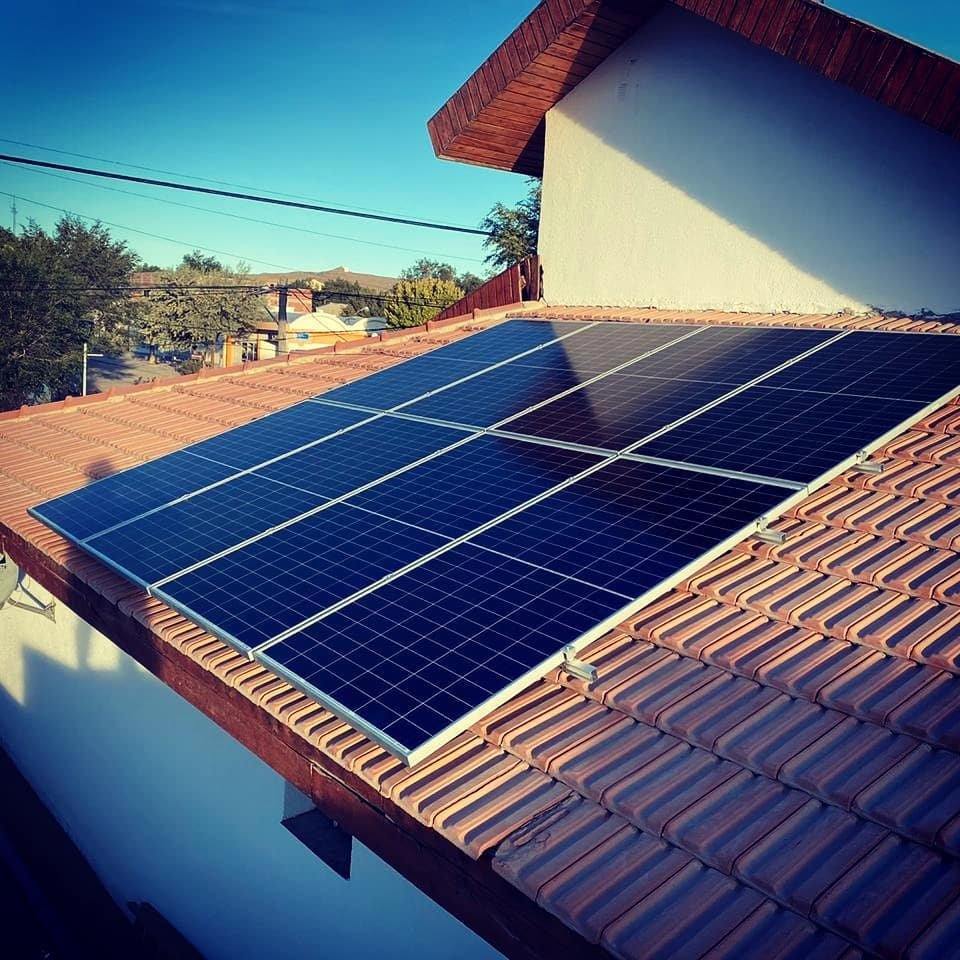 This is one of the most used words in common vocabulary. And it is not in vain, since it constitutes a cause of deep concern in the economic, political and family world. Thus, we often hear talk of “lighting new sources of energy, and we see how the behavior of a certain person is praised by saying that he is a” man of great energy.

It has been possible to transform matter into pure energy, and attempts are known to use the energy of the tides or that which comes from the Sun directly.

The scientific definition of energy is the ability to produce work.

In this concept it is inevitable to use the words matter, movement, time and space. But energy is not always manifested in the form of movement. What we call potential energy is completely static. For example, a rock on top of a cliff. If it falls and crashes to the bottom of it, it will develop a very considerable amount of kinetic energy, movement; while it remains still at the top and does not move, it is, however, a deposit of energy.

As much as the water stored in a dam can be when all the gates are closed.

The largest and most important source of energy is the Sun. Energy that is wasted almost entirely as there are few “solar ovens” that take advantage of this source of heat. Plants use it to synthesize chlorophyll. Plants that died millions of years ago and were buried, rise to the surface in the form of coal and produce energy that, in the end, accumulated from the Sun. The same could be said of oil, which is the result of a transformation of living organisms.

Even the enormous and unused energy of the wind, hurricanes, the force of waves and tides, is due to the action of the Sun. The hydraulic energy that is used by waterfalls owes its origin to rain, which is a phenomenon originated, predominantly, thanks to solar action.

Atomic energy, recently discovered and beginning to be used, is not due directly to the action of the Sun, but to intimate transformations that occur within the atom.

There is also a calorific, molecular, chemical, magnetic energy and even a vital one (which determines work and movement in living organisms).

Throughout history, human beings have carried out many of their activities using the energy of firewood, their own body or animals. Then they created mechanisms such as windmills to grind grains, and water, which made the machinery work.

As the population increased, the demand for energy increased. Today more and more energy is required, which is obtained from coal, oil, radioactive materials, rivers, the sun and even the wind.

Energy and its forms

Everything that changes or moves has some form of energy. All the transformations that we observe occur with its input. Thus, we depend on it in various ways, because it is what makes things happen.

Daily we observe different manifestations of energy produced or used: the sun contributes a large amount of energy to the Earth; a kitchen uses gas energy for cooking; a car runs on the energy provided by gasoline; and a light bulb uses electrical energy to produce light.

There are three types of energy: radiant, potential, and kinetic.

Energy can be stored in different objects and in different ways, without manifesting itself in changes. This stored energy is called potential energy, it can be released and made visible through transformations.

Examples of potential energy are chemical energy such as those from the food we consume or fuels that burn, the gravitational potential energy, present in objects suspended on the surface and which can fall; nuclear energy, which holds together the particles that make up the nucleus of atoms; and elastic energy, related to objects that can deform and then regain their original shape, such as springs.

Chemical energy is that stored in the chemical structure of substances, in the bonds between the atoms of the molecules.

When these bonds break, part of this energy is released in the form of heat, light, or both. Each methane molecule in natural gas has four hydrogen atoms and one carbon atoms.

The use of nuclear energy produces highly polluting and harmful waste, which must be carefully deposited over centuries.

Thermal energy is related to kinetic energy, since it is linked to the vibration of the atoms or molecules of the substances.

When heating a substance, its molecules move more intensely; when they cool down they do it more slowly. The average kinetic energy of all particles is what we call heat. Thermal energy flows from warmer bodies to colder ones and continues to flow until they both reach the same temperature.

It is easy to increase the kinetic energy of matter; for example, by heating a coin by striking it with a hammer. The blow of the hammer causes the molecules of the coin to vibrate more rapidly.

Everything that can be measured constitutes a  magnitude; for example heat, length, speed, temperature, weight or density. Each magnitude is measured in proper units thus, the length is measured in meters and the time in seconds.

Energy is a physical quantity, to express it the   joule  ( j )  d is used, a widely used multiple is the kilojoule (kj): 1 kj = 1000 j. Energy is closely related to heat and work; Thus, the international system indicates the joule as a unit of measurement for energy, work and heat. Another unit that is often used for heat is the  calorie  ( cal ), which is also expressed in its multiple kilocalorie (kcal) 1 kcal = 1000 cal. The equivalence between calorie and joule 1 cal = 4.186 j; 1 kcal = 4.186 kj.

The calorie is used to indicate the energy power of food. Thus, a normal size apple provides 35.8 kcal or 150 kj. 100 kj are consumed by rubbing for two minutes or walking briskly for five minutes.

In physics, a force that is applied over a distance is called work. When pushing an object, we do work: the more force we have to exert, or the farther we move it, the greater the work done. Whenever work is done, two factors are involved: the application of force and the resulting motion of the object.

In each transformation of energy, a part is converted into unusable energy: heat that is dissipated into the air or space, it is said that energy is degraded. The devices that take advantage of the available energy and dissipate less heat are more efficient, low-consumption lamps transform a higher percentage of the energy into light than incandescent ones: they are more efficient.

Energy generally passes from one body to another in two main ways: as work and as heat.

The study of the different forms of energy and their transformations allowed scientists to postulate the  law of conservation of energy,  which holds that energy cannot be created or destroyed; It can be transformed from one type to another, but the total amount of energy in the universe does not change.

Relationship between mass and energy

At the beginning of the 20th century, Albert Einstein revealed that mass is nothing more than a form of energy, establishing that every object with mass has “energy of existence or concentrated energy.” That is, mass and energy are equivalent, since mass can be converted into energy and vice versa. Then Einstein postulated the following equation E = m. C², where E = energy, m = mass and c = speed of light (300,000 km / s). Every time four hydrogen nuclei fuse to form one helium nucleus in the sun, its mass is somewhat less than the sum of those: part of the mass of the hydrogen nuclei is converted into energy. Using Einstein’s equation, you can know how much this energy is, since you know the amount of mass that is converted into it.

There are only four forces or interactions in nature: all existing energy and and the forces that we observe originate from one or more of them. These are the gravitational force, the electromagnetic force, and the two nuclear forces, the strong and the weak.

The gravitational  force  affects all bodies and causes them to attract each other; it contributes to supporting the structure of the stars and planets.

The electromagnetic  force  is a combination of electric and magnetic energy, which causes the attraction between particles with electric charges of different signs or magnetized bodies faced by opposite poles. It generates, for example, a whole range of radiation that goes from radio or X-ray probes to visible light. This force also connects atoms to form molecules.

Nuclear forces bear this name because they manifest themselves inside the nucleus of the atom. It is precisely there that the so-called strong nuclear force  groups together protons with neutrons. The  weak nuclear force  manifests itself in certain nuclear processes, such as those that cause the disintegration of the nucleus.

Just as we can explain an event in terms of energy exchanges, natural phenomena can be interpreted through interactions between these four forces. Complex nuclear processes take place inside a star, responsible for the emission of heat, light and other radiation. These are “governed” by strong and weak nuclear forces. When a person observes a star, the light collides with the electrons of the atoms of the optical receptors

From the eyes, this generates new interactions of electrons that are transported as information to the brain. It is an electromagnetic process.

Finally, gravitational forces are those that support the structure of the stars and a person on the ground.

We are going to cite three types of power plants to generate electricity. 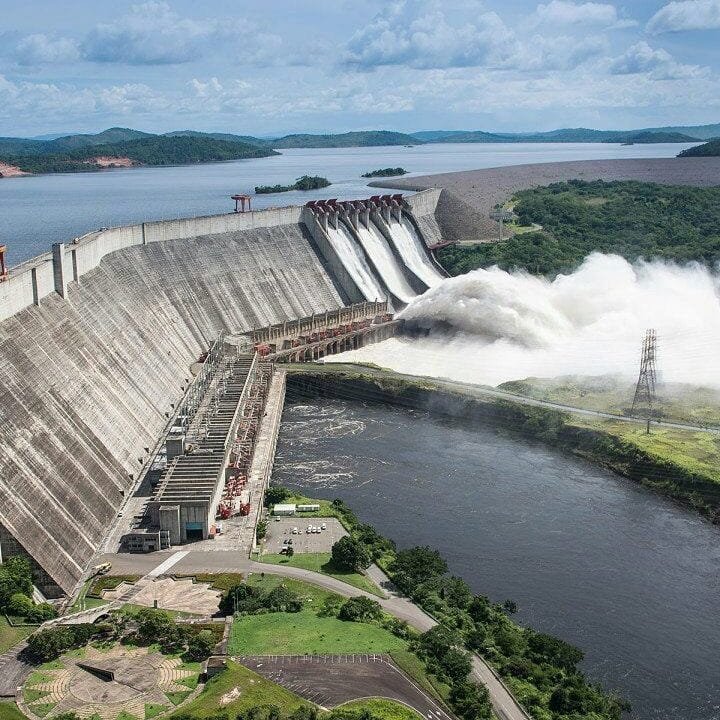 The dams of the hydroelectric plants collect water from the rivers.

By dropping it, turbines linked to electricity generators are activated. 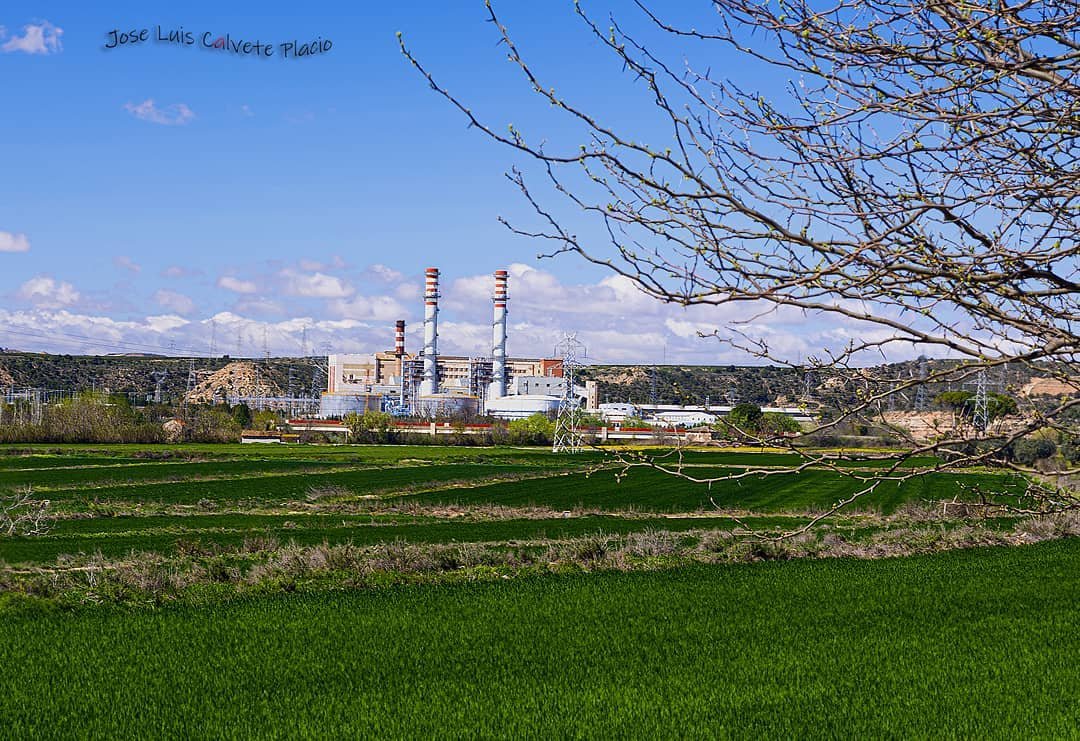 Thermoelectric plants burn coal or oil to heat water and generate steam, which run the turbines that drive generators. They are inexpensive but highly polluting: they remove carbon dioxide into the atmosphere, which can increase global temperature. 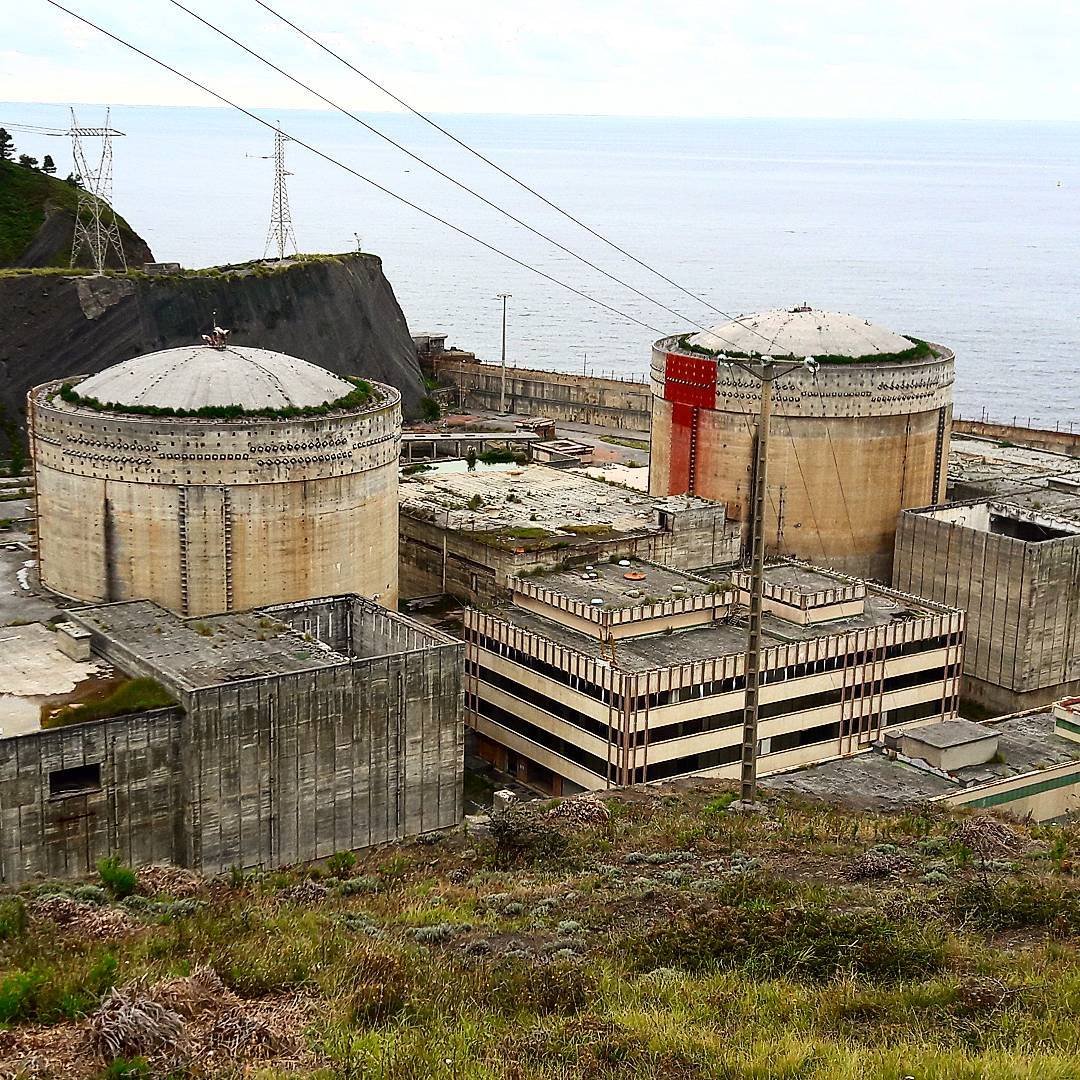 Thermonuclear power plants generate heat by nuclear fission in the reactor, to produce steam that drives turbines and generators. They are economic centers, but their waste is dangerous and polluting. Some countries use it in nuclear weapons.

The energy sources currently used to generate electricity are mostly exhaustible and polluting. The coal and oil used in thermoelectric plants will one day run out. At the same time, its use high levels of pollution that influence the greenhouse effect and climate change (it seems to be detecting a slight increase in global temperature). Alternative energies generally overcome these drawbacks: they are renewable and clean, but in some cases they are more expensive or their technology is insufficient.

We must move towards a sustainable energy model, in which current generations can meet their energy needs guaranteeing a future for the next. This model must be careful and respectful of the environment. The keys to achieving this are:

The  renewable energies  are still poorly exploited sources, such as solar, wind, geothermal and tidal power.

Although photovoltaic solar energy is an expensive way to generate electricity today, it is considered one of the main energy sources of the future. With a series of mirrors the sunlight is concentrated and focused on a “boiler” to heat water and generate steam. The other way is by using solar panels that generate electricity directly. 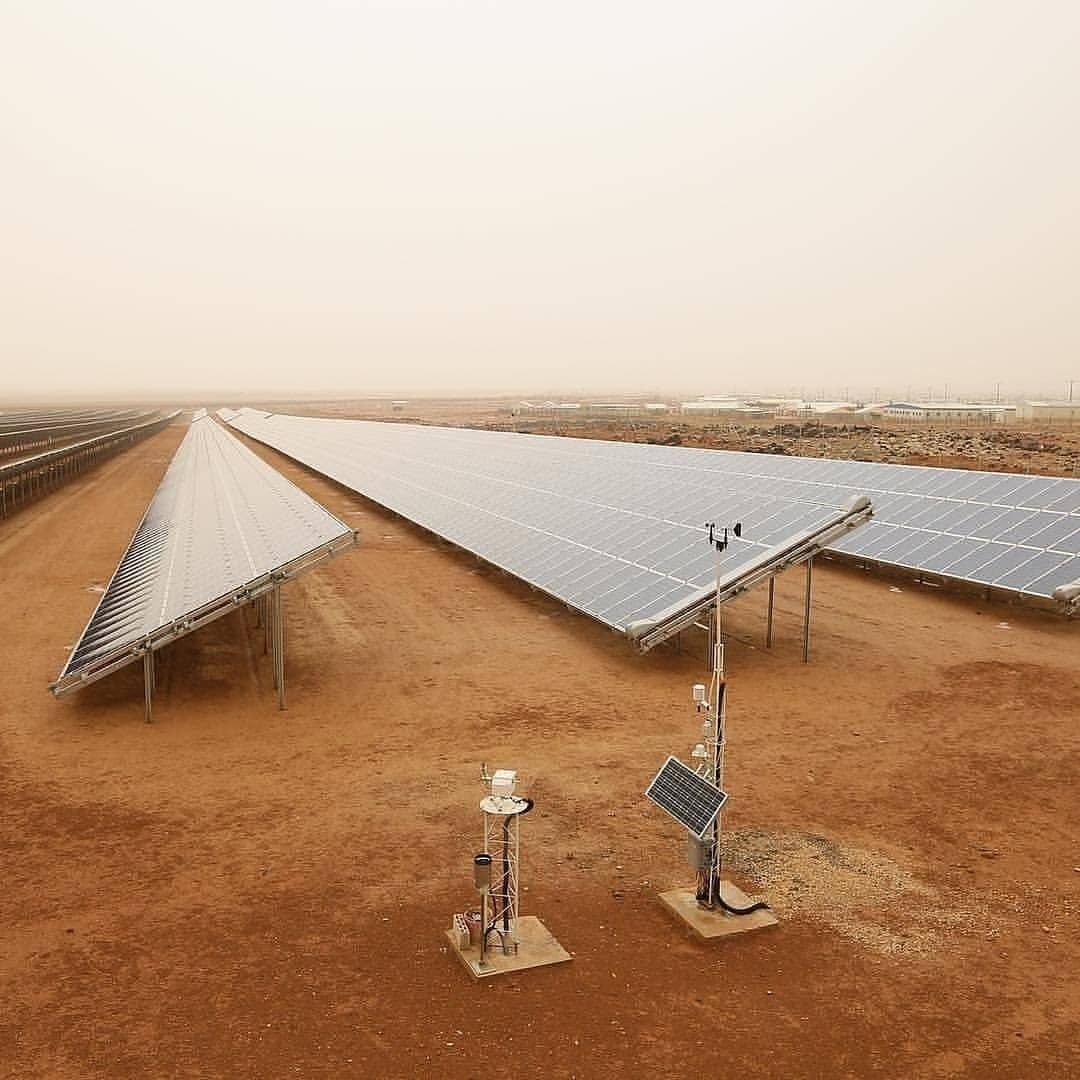 Wind energy provides a safe and pollution-free source of electricity. The wind turns the shaft of a connected to an electric generator. In areas with a lot of wind throughout the year, such as Patagonia, these plants are very useful. 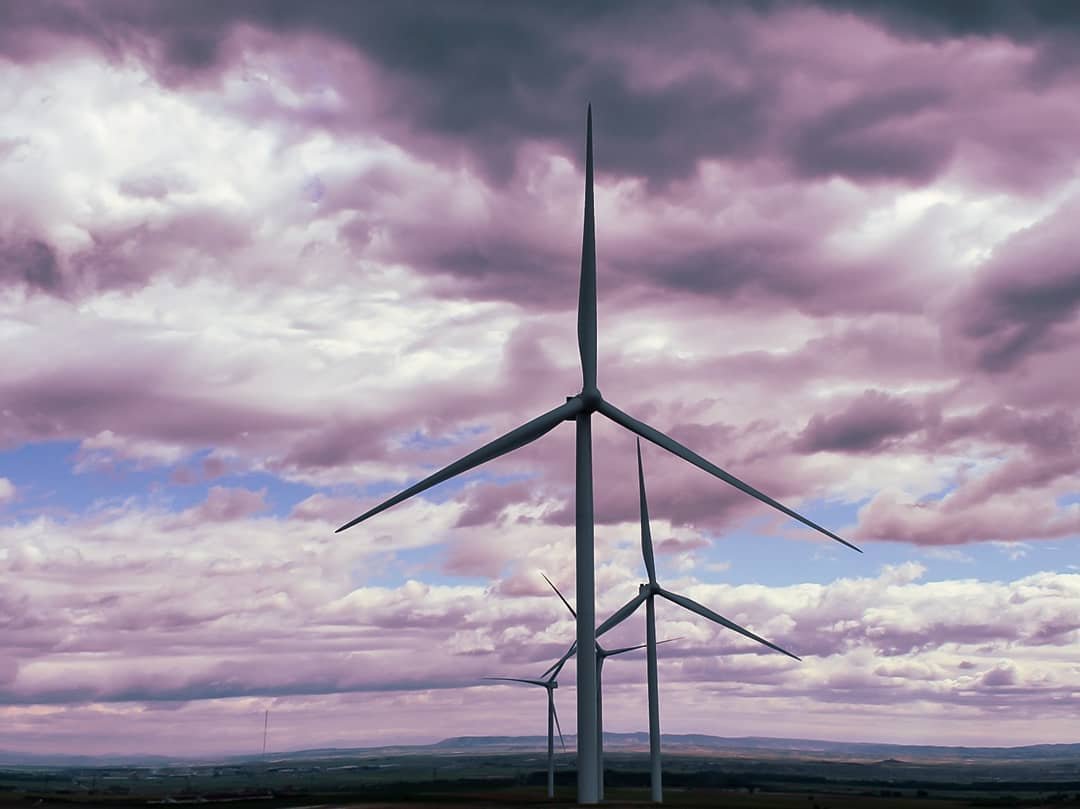 The same turbines used in hydroelectric plants can be used to generate power with the rise and fall of the tide. In other words, the force of waves and ocean currents is used. 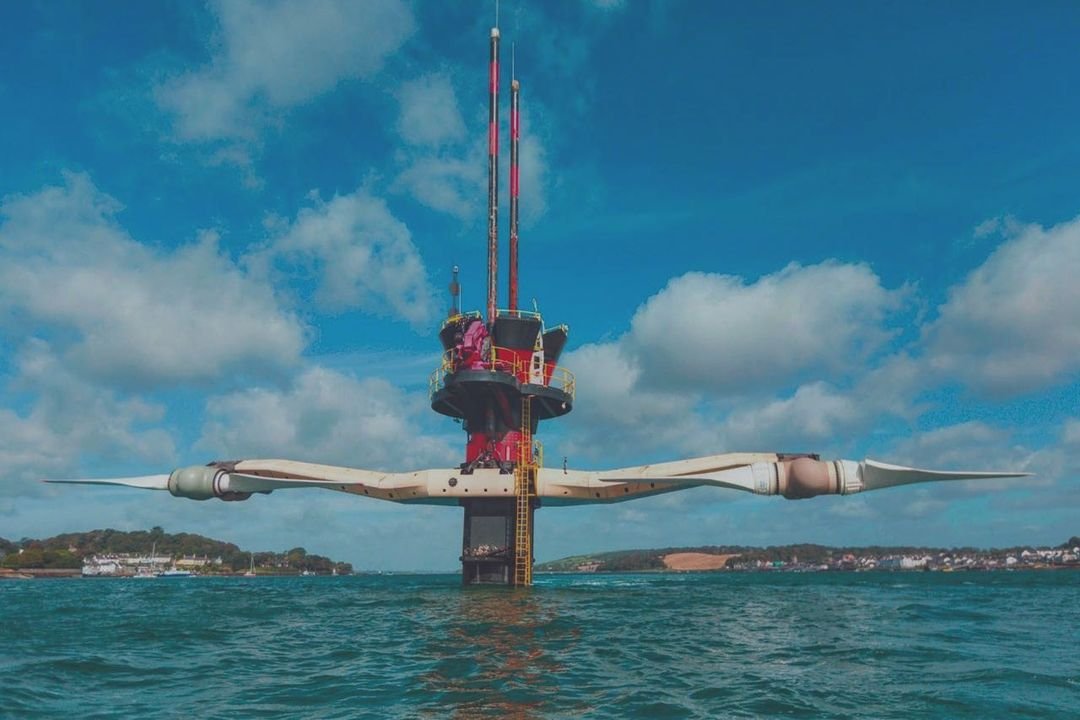 Tips for better use of electricity 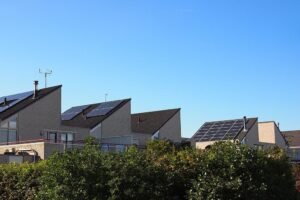 How many solar panels do i need for 1,000 kwh per month Integration of Photovoltaic Panels in Buildings Organic Solar Panels: What They Are, Advantages and Prices