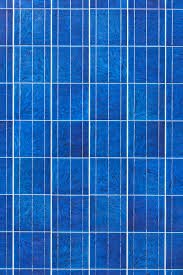 Photovoltaic solar panels for houses are a good alternative to save money on your electricity bill.

How do photovoltaic solar panels for houses work?

The sun sends an infinite amount of energy to Earth. Solar photovoltaic panels for houses convert some of that energy into electricity. Below you can read how.

As early as 1839, the French physicist Becquerel discovered that it is possible to generate electricity from sunlight. This is called the photovoltaic effect. In most systems, silicon (a semiconductor) is used for this. The sun’s energy can free electrons in silicon. This creates stress on a solar cell. By multiple solar cells in series in a solar panel you can power a house. For power generation photovoltaic solar panels   do  not necessarily need direct sunlight. Even on a cloudy day it delivers solar electricity.

Shadow: chain as strong as the weakest link

Circular flow is also the reason why shading reduces the performance of a solar panel array. The cell in the shade will generate less energy, . For example, in a series-connected system, the electronic circuit may not actually be as productive as it is in shaded areas. To reduce this performance loss they have diode panels that temporarily ‘pop’ shaded cells. By using the bypass diode the performance of the solar panel system decreases. A system typically has three bypass diodes. By bypass diode system is a third outside, and therefore have a third less production.

If you know in advance that the shade will fall on the solar panels, you can use micro-inverters. In addition, each panel has its own inverter and provides a shading panel so that the system does not produce less energy. A system with micro-inverters is more expensive. Another solution for this situation is MPP (Maximum Power Point) -trackers (also called “power optimizers”) attached to each panel. This is a small device that ensures that the current and voltage of the solar panel maintain an optimal relationship. Therefore, the performance of the panel is maximized.Sometimes power optimizers built into the panel.They are usually cheaper than micro inverters.

As with all electrical equipment, the power of the solar panels is also expressed in watts. Electricity production is not uniform because the amount of sunlight is constantly changing. Therefore it indicates the maximum power with solar panels: peak watts (WP). This capacity is determined in a test environment at standard temperature and light.

In  calculating the actual yield, installers use software programs to combine the values ​​for each country’s conditions with the tilt angle and direction of the panel.

Most solar panels are either monocrystalline (black panels) or polycrystalline (blue panels) silicon. The distribution is about half and half. The performance of the blue and black panels is, in practice, approximately the same. Many people opt for black panels because they are beautiful. Blue panels are usually a bit cheaper. There are also panels of different colors (bronze green or purple). The output of these colored panels is a tenth to a quarter less than conventional panels.

In addition to the aforementioned types of panels used, less than 5 percent of the panels on the market use the thin-film technique. The advantage of these panels is that they are usually flexible which allows them to be more easily integrated into the ceiling, and they can also be placed in surface areas, where no panels could be installed on, walls.

In addition, thin-film modules are capable of perfectly converting indirect light into electricity. They are less dependent on the angle at which the light is incident. The performance of these panels is lower than that of photovoltaic solar panels. Per square meter, these panels are cheaper but their performance per square meter is still significantly lower than previous techniques, which makes polycrystalline silicon panels economically still interesting. Future development of these thin-film techniques is awaited.

At higher temperatures, solar panels produce less. For every 10 degree rise in temperature the power output decreases by 5 percent. It is therefore important that air can flow along behind the panels, so that it is not too hot. The inverter must not be too hot. The more light falls on the panels, the hotter the unit is. When the unit is too hot, its effectiveness decreases. Sufficient free airflow around the unit must also be provided when choosing the location of the drive.

Over time, the performance of sunlight decreases. Each year it generates about half a percent less energy. After 25 years, the efficiency of solar panels is about 12.5 percent lower than in the first year. This was taken into account in the calculations of the costs and benefits of solar panels.

If you know in advance that a shadow will fall on part of your solar panels, you can use micro-inverters.

Converter: heart of the system

The inverter converts the direct current from the solar panels into alternating current from the grid. A unit has one or more Maximum Power Point Trackers (MPPT), which ensure that the system produces as much power as possible at the current light intensity and temperature. To minimize performance losses, the converter can be located close to the panels. The unit produces a slight humming sound, which can be considered a nuisance.

Solar photovoltaic panels for houses  are connected in series to an inverter. In larger systems more series circuits (chains) are connected to a so-called chain converter. If you know in advance that the shade will fall on you, you can use micro-inverters. A system with micro-inverters is more expensive.

After three years, all the environmental benefits

By generating solar energy it helps protect the climate. When that is, the generation of electricity in solar panels are not pollutants or greenhouse gases.

The main raw material for conventional solar cells, silicon, will not be in short supply: it is the main component of sand and finds its way into the earth everywhere. Another important ingredient is silver which is used at the contact points in order to conduct current. The amount of silver that is needed for the production of solar cells may cause problems in the future with the increased production of solar panels.

There is a great deal of research into improving solar panels. Therefore, the performance could be higher as there is less loss of sunlight that occurs through reflection on the solar panel. The investigation of anti-reflection techniques, surface structures and the absorption of light that have to counteract losses in the future.

Solar cells with nanoparticles for enhanced light penetration concerns are in an experimental phase of development. In the laboratories of his experiments with organic cells and polymers.

For the long term, photovoltaic systems with a potential capacity of 200-300 Wp provided per m2. Thin-film techniques were possible over ten to twenty years for only a fraction of the cost of current crystalline panels, in part because there are far fewer raw materials (including silicon) required.