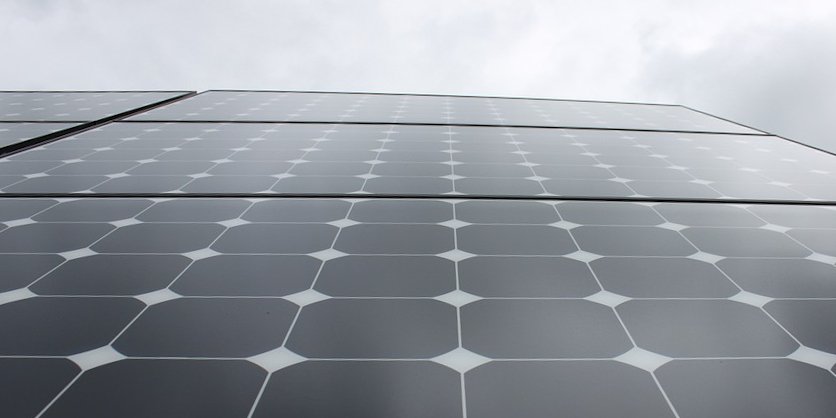 How do my solar panels work on cloudy days and how is it possible to generate more energy when there are clouds? If you think it seems counterintuitive that you can get more power from your solar panels on a cloudy day, then you should definitely read on. After all, generation is the key to saving money with solar panels.

To understand a little more about this topic we must talk about the fundamentals. So the impact of the clouds will make a lot more sense. In this article we will talk about:

•  What makes a solar panel produce more or less energy?

• What is the overall impact of clouds on solar energy production?

• How can clouds actually cause power generation to be higher?

In the end, it will be clear that you can save money with solar panels even when there are clouds.

There are several factors that can affect the amount of power a solar panel can produce and, as a result, also affect the amount of money that can be saved. To keep things simple, we’re not going to discuss the different properties of solar panels, although they, along with build quality, real-world performance, reliability, a manufacturer’s service, and warranty terms are factors. of great importance.

Some solar panels have more efficient technologies. For example,  JA Solar  has panels that use an exciting innovation called
PERC technology  . Other solar panels are  bifacial  and can produce power when light hits either side. There is a lot of variety among solar panels that will be covered in detail in other articles.

The heat and function of solar panels

Warmer temperatures can reduce the amount of power you receive from your panels.

You might think the opposite is true because we normally equate warmer temperatures with lots of sunshine, but it’s not that simple. The physics involved can get a bit complicated, touching on topics like the physics of electricity, thermodynamics, and the nature of light (see  this article  for more details).

The simple explanation is basically that a hot panel has a lower ability to capture energy from each photo of light that hits it, so even though it’s getting a lot of light, it’s not capturing much of that energy.

With modern solar panels it takes incredible temperatures for the panel to be so inefficient that no money is saved. In Central America, we have never seen anything like the kind of temperatures needed to cause such a loss of efficiency that solar power isn’t “worth it.”

With the degradation of solar panel power that occurs when temperatures exceed 25 degrees Celsius, in our region we ask the opposite question: how long does it take for your particular project to reach its payback period?

Things like time and temperature are always taken into account when modeling a system in Helioscope (see  this article  to understand more about how to predict how much solar energy a PV system will produce). However, while we definitely see a noticeable difference between the performance of panels in hot areas and those in cooler areas, this is far from the most important factor.

In Central America, the return on investment is around 3-6 years and these differences are much more likely to come from factors like your solar panel company than factors like the weather.

Solar power systems work best where there is plenty of sunlight! It seems very simple. That said, not all places on Earth receive the same annual sunlight. Relative insolation, the amount of solar radiation received in a given area, is a major factor in the amount of energy your panels produce. In Costa Rica, Panama and Honduras, our isolation is exceptional, among the best in the world.

Insulation is determined by factors such as the local climate, the time of year, and most importantly, the latitude of your home or business. Have you ever wondered why we have seasons? It’s because the Earth is tilted 23.5 degrees and some parts of the planet will be closer to the sun at different times of the year (closer is summer, further away is winter). This means that the Sun is at different altitudes in the sky depending on the season.

The Sun will be higher in the sky in the summer and lower in the winter, so your solar panel output numbers will vary according to the season (your system will certainly have periods of ups and downs, but, remember, this is the annual production).

Be careful with the angles: Orientation

Solar panels must be pointed at the Sun to maximize production. System designers accomplish this by orienting the panels such that their tilt and  azimuth  allow for the greatest annual exposure. As the Sun varies in its angle of altitude throughout the year, the panels need to be tilted so that, on average, they receive the most sunlight.

This angle is typically about the same as your local latitude.
If you live in Central America, the angle will normally be between 9 and 15 degrees. This angle is relative to the ground, not the surface of your roof.

The other angle that affects how solar panels work is the azimuth angle.

Azimuth is typically measured from a cardinal direction such as north or south. In Costa Rica, Panama, and the rest of Central America, pointing your panels perfectly south is ideal because they will see the maximum exposure to sunlight. However, it’s not the end of the world if you have an east/west facing roof. The systems are commonly seen on rooftops with east/west orientations. They produce a little less, but the difference is not so important as to change the roof.

If you live in Central America, you should think carefully about pointing your panels to the north. This will generate the lowest output. But, since we have such high irradiation compared to other parts of the world, it might make sense on this continent. Either way, north-facing roofs are generally the last option.

Also, the world of solar panel placement and design is a complicated one. There are some interesting reasons to select different lineups. For example, we have come across examples of designers using east-west layouts instead of a south-facing roof because, although the total generation is lower, the timing of generation was better suited to the consumption profile of the customers.

What impact do clouds have on my solar energy production?

This is actually a simple and complex question. The complexity comes from the fact that every day and every cloud is different. Your idea of ​​very cloudy could be my idea of ​​beautiful sun filled clouds. That said, there are some rough guides.

Solar cells mostly work in the same range of wavelengths of light as our eyes.

Therefore, if the sun is behind a thin, wispy cloud where it is still too bright to look at, solar output will be only slightly affected. If it is very cloudy, but you can still find a bright spot where the sun is, then it will probably drop to about 50% output. If you have no idea where the sun is, you are probably below 20-30% and if you must run before the skies open with a storm, you could be below 10%.

One of the advantages of the clouds is the subsequent rain: the rain helps to remove dust and dirt, increasing the efficiency of the solar panels.

Should I want cloudy weather to increase my solar power generation?

For some time, industry professionals and academic experts have discussed the fact that some clouds can increase the maximum output of solar panels. A recent study  by Dutch researchers has reinforced this idea. According to this study, the short-term power spikes measured in a number of different solar PV systems occurred when there were mixed clouds in the sky.

The researchers attributed these spikes to several things:

• Some clouds provided short periods of reduced sunlight and allowed the solar panels to cool down. As we discussed, cooler panels tend to be more efficient.

The researchers specifically singled out fluffy white clouds as probably the best for creating a high-powered moment.

-Attribution: A  sub  -study by Wageningen University & Research and partners

That said, the devil is in the details. One of the researchers also noted that although the highest peaks occur on cloudy days, sunny days are still the days of highest total production. If you’re looking to save money with solar panels, you don’t need the highest peaks, you’ll want the highest output over the course of the day, week, month, and year.

Therefore, this finding, while important for utilities that must manage large and sudden changes in grid consumption when there is and is not sunshine, is less relevant to the average home or business owner.

Optimizing solar energy production requires advanced knowledge, tools and skills. Designing a custom PV system that is the most efficient, saves you the most money, and offsets the most carbon emissions means considering many variables. And, there are also many important things that are related to the location of a project.

It is good to understand the impact of factors such as heat,
seasonal irradiance variation and clouds. And, it is equally important that you choose a team of engineers who can assess your specific requirements and location.

We really are very lucky here in Central America. This area has excellent general conditions to meet your savings goals and get the most out of your panels. So don’t be afraid of cloudy days or the rainy season. Solar panel prices are falling  and now is a great time to understand how you can save money with solar energy.