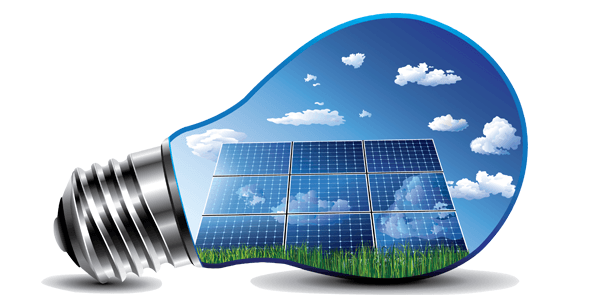 The photovoltaic effect is known as   the result of the production of an electric current produced by the contact of two pieces that are not made of the same material and that in turn are exposed to electromagnetic radiation such as light.

Where is the photovoltaic effect used?

Photovoltaic solar energy is responsible for using this effect. Solar  panels , thanks to their photovoltaic cells, benefit from this event to produce energy.

There are materials, such as silicon, which, being semiconductors, behave differently against electricity. Semiconductors react differently as long as a foreign energy source alters them. In the case of  photovoltaic panels  , it is the energy produced by the sun and its radiation.

Photovoltaic cells are created with semiconductor materials that are made of pure silicon and impurities of some chemical elements. Solar cells, thanks to exposure to the sun and through direct current, transform radiation into electricity. Not all solar radiation produces electric current, because through reflection and transmission losses are produced. The radiation absorbed by each cell causes the electrons to jump from one layer to another and that is when the electric current is generated.

How is the photovoltaic effect achieved?

Having silicon as the main element of the devices,  when a photon (particle received from the sun’s radiation) alters an electron of the material, the photovoltaic effect begins .

With the help of the energy produced by the photons, it is intended that the electrons manage to overcome the force that attracts them to the nucleus, also known as valence energy. With the objective that the electron is released from the atom and once free, it is transported and moved through the material. Silicon, in this way, acquires properties of a conductive material. This process is achieved as long as the force with which the incident radiation particle hits is greater than 1.2 eV .

When an electron travels through the now conducting material in that atom, it leaves a hole waiting to be filled. At that moment, what we know as electrical charges are generated  .

These electrical charges, as long as they occur continuously, can be extracted from the material and used for one’s own benefit. To achieve this, the existence of an electric field with persistent polarity is vital. It is in charge of distributing the electrons in a direction opposite to that of the holes that appear, which will go in the other.

The electric field that forms inside traditional solar cells is due to a junction where two zones are differentiated, one with a negative electrical charge (with an excess of electrons) and another with a positive charge (lack of electrons). In this way, when an electron is released, it is pushed from one side to the other until it reaches the silver channels.

What is the cause that not all light particles are transformed into electricity?

There are always losses when trying to pass through a material, therefore, some photons are not capable of providing the necessary energy to free the electron. It does not mean that the photon is not capable of providing the necessary energy, but rather that in the course of the operation, the photon has lost part of its energy and that particular particle is not capable. These losses are unavoidable and depend on the characteristics of the material in charge of absorbing the photon energy.

On the other hand, there is also a part of the photons that pass through the semiconductor material and do not reach any electron and another that does not contribute energy since they are reflected by the material, illuminating it. The losses that are stated can be reduced by anti-reflection coatings on the photovoltaic cell.

It must be taken into account  that the photovoltaic effect only occurs when a photon that manages to provide sufficient kinetic energy comes into contact, once it penetrates the material, with a valence electron of the material and generates an electron-hole pair .

How does the photovoltaic effect work?

Posted by:  Damia Solar  In:  Articles on solar energy and its components  On: Sunday, January 25 2015

The photovoltaic effect is the conversion of sunlight into electrical energy. This occurs thanks to the properties of silicon, which when it receives the shocks of photons from the sun and absorbs their energy, releasing an electron and creating an electrical circuit. The sum of many solar panels will generate enough energy to supply large electricity consumption.

In the photovoltaic effect, the silicon cell of the solar panel transforms sunlight into electrical energy. The union of many cells can produce even greater energy, and a group of panels can produce enough electricity to cover the daily consumption of a regular home.

For its part, silicon is a semiconductor element that is found in abundance in the sand of the Earth, in which pure silicon is obtained through a purification process. It has insulating characteristics at low temperature and conductive when they receive a lot of energy. On the one hand, this silicon will be doped with phosphorus to obtain material with a negative charge (N Layer), and on the other hand, it will be doped with boron to obtain material with a positive charge (Layer P). These 2 layers will be kept separated by a thin seam so they remain neutral layers.

When more solar energy receives the cell, the greater the electrical energy that will be generated since the greater the number of conductive electrons that are created. This will determine that a solar panel has a low performance in the early hours of the morning and a high performance at noon when the sun’s rays hit the surface of the solar panel the strongest. It is important that the solar photons collide with the cells in the most perpendicular way possible since their energy released will be greater, for this reason it is essential that the inclination of the plate is in accordance with the months of the year in which the installation is going to be used the most. solar.

In the upper part of the plates there is also a glass which protects the cells from external environmental agents, and an anti-reflective layer whose function is to ensure that the largest number of photons are absorbed, and that only a small part bounce and are returned to the atmosphere.

The cells of a  photovoltaic panel  are generally connected to supply electricity at voltages of 12V and 24V and form panels of various powers depending on their size and performance. Currently, several panels can be connected to each other in series and parallel to adjust the power and voltage to the needs of each installation.

The number of silicon cells will also determine the use of the solar panel: 60 cells for network plates for use in self-consumption or connection to the network, or 72 cells for use in autonomous solar installations in single-family homes, communities, country houses, rural electrification , etc. However, the 60-cell panels can also be used in autonomous installations thanks to the MPPT regulators, which modulate their voltage and equate it to that of an isolated solar panel (72 cells). The  260W solar panel  is a good option to obtain a lot of electricity by reducing the number of solar panels used in the installation.
Over the years, solar panels are becoming more efficient and generate higher yields, which is bringing them closer to fossil fuels at a constant speed. Like other technologies today, solar energy is destined to become one of the main energies along with wind energy.

We recommend the use of a solar installation as an alternative to electricity companies and fossil fuels since once its assembly is done, you will generate electricity for free for many years since the panels have a 25-year performance guarantee. It should not be forgotten that even today there are a large number of photovoltaic modules manufactured 40 years ago and which are still in operation.

At Damia Solar we have a wide catalog of solar kits for all types of utilities, and we also make custom kits based on the expected consumption of each client. You can contact our with us by calling 973 972 533.