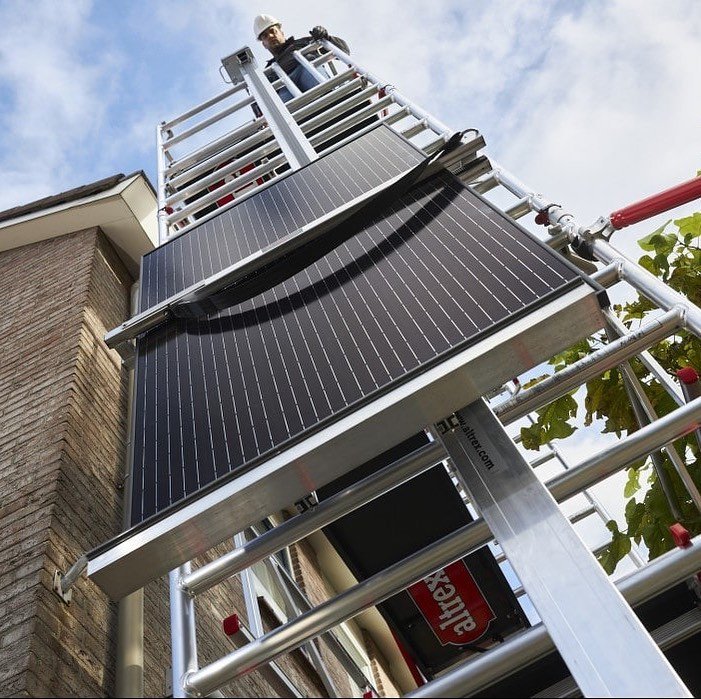 In this article I will explain How does photovolataic solar energy work, that is, the process by which the sun’s rays are transformed into electricity.

The sun provides enormous resources to generate clean and sustainable electricity without toxic pollutants or emissions that lead to global warming.

How does photovolataic solar energy work

Solar energy  , the power of the sun, is a huge, inexhaustible and clean natural resource.

The production of solar energy is a clean alternative to electricity from fossil fuels. 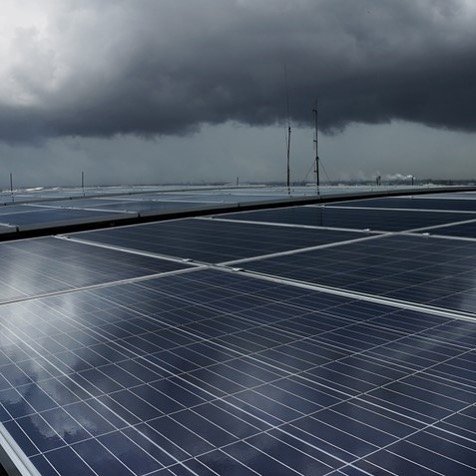 Just 18 sunny days on Earth contain the same amount of energy that is stored in the entire planet’s coal, oil and natural gas reserves.

Outside the atmosphere, solar energy contains around 1,300 watts per square meter. When it enters the atmosphere, about a third of this light is reflected back into space, while the rest is directed toward the Earth’s surface.

One square meter averaged over the entire surface of the planet collects 4.2 kilowatt-hours of energy every day, or the approximate energy equivalent of almost a barrel of oil per year.

Deserts, with very dry air and little cloud cover, receive the most sunlight, an average of more than 6 kilowatt hours per day per square meter during the year.

Next I tell you How does photovolataic solar energy work . Photovoltaic (PV) panels and solar energy concentrating devices (CSP) capture sunlight and convert it into usable electricity. Rooftop solar panels make solar energy profitable in virtually every part of our country.

Like roof panels, large-scale photovoltaic projects use photovoltaic panels to convert sunlight into electricity. These projects often have a capacity of hundreds of megawatts, which could include millions of solar panels installed over a large area of ​​the earth. In addition to scale, outputs can be increased thanks to special tracking mechanisms that allow the panels to follow the sun and collect light at the optimal angle, greatly increasing the efficiency of the system.

How does photovolataic solar energy work: How does the sun produce electricity?

How does photovolataic solar energy work? This process is carried out by solar panels that transform solar rays into direct current that is then transformed into alternating current by the work of the inverter,

The sun,   as the central star of  the solar system  ,   has  been giving life and warming our planet for   hundreds of   millions of years  . During all this time the sun gives us energy, but it is also a boost for the development of human civilization. Almost everyone knows about the energy use of solar heating, for example, school experience, that with the help of a magnifying glass and sunlight can cause the formation of ignition, for example, a piece of paper.

Research on the use   of   the  solar energy has been done  for many years and still continues in modern times  ,   but   we can learn from history  that it was only in 1839 when the French physicist Edmo  nd   Beqerel   observed the photovoltaic effect in which the solar radiation was converted   into   electricity  .

We use the effects of this experience    to this day,    but in a much better way. The observations of the French physicist became the   beginning of an investigation on the phenomena related to solar radiation and its use to convert them into electricity  or heat. Albert   Einstain   in 1905. It took a k  ontynuacją to explain the theory of the photovoltaic effect  ,   using Planck’s quantum hypothesis.

The Polish chemist and metals expert   Jan   Czochralski  influenced   the development of the use of solar radiation for the production of   electricity. The  Polish    scientist    is the inventor of the   method  commonly used   to obtain silicon single crystals, which was named after the Czochralski  method    .

Photovoltaics, or physics, cannot be fooled.

Photovoltaic energy  is the direct generation of electricity from solar radiation. Photovoltaic panels are made of cells made of semiconductors. The most common and common material used to build cells is crystalline silicon (c-Si). The so-called photovoltaic phenomenon that produces direct current (DC).

How is it possible that there is voltage in the cell and electric current is flowing?

When  a   photon, that is, a unit of light, falls on a photovoltaic cell  , three situations can occur:

The semiconductor silicon wafer inside the cell has a potential barrier   (usually a PN junction  ). The falling photons remove electrons from the semiconductor material, allowing them to move freely in the cell structure, resulting in the   formation of pairs of energy carriers, i.e.   electrons (  negative  charge   -) and so-called gaps, that is, places where they are removed. the electron was located ( positive   charge   +). Due to the fact that these charges   are separated by the potential barrier  that   occurs in the semiconductor material, the   charges   begin to move relative to each other.  , then   the  electric current flows  . .

When does solar energy produce the most electricity from the sun?

To guarantee optimal energy yields, the correct positioning of the photovoltaic panels is crucial. The surface that absorbs solar radiation must be perpendicular to the direction of the radiation for as long as possible. Taking into account  the latitude of   Poland  , the   best results are obtained by means of panels mounted towards the south, at an angle of 30-35 degrees to the ground.  Then the inverter, taking into account the four seasons of the year, will achieve the highest production of electricity for each kWp installed.

The annual energy flux of solar radiation that reaches the Earth’s surface (1.76 x 10  17  )   exceeds by more than 30 thousand. times the global annual energy demand. Therefore, it is a common claim that solar energy is an inexhaustible source of energy.