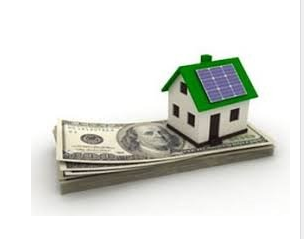 Solar panels produce electricity to be used in homes, but How efficient is solar photovoltaic energy, can solar energy satisfy my demand for electricity, can I become completely independent from the electricity grid?

How efficient is solar photovoltaic energy

Until a few years ago, using solar energy for your own needs was difficult to achieve due to high costs. Today, however, private photovoltaic installations can be found every time and almost everyone can afford it.

Today, the benefits of solar energy are no longer surprising, and many people are thinking of installing a photovoltaic installation in their home. Photovoltaic energy is the process of generating electricity from solar radiation that is free and available to everyone. We present how photovoltaic energy works  and what path the sun’s rays must travel to power household appliances.

How does a solar photovoltaic system work?

The basic element of any photovoltaic system are photovoltaic panels: solar. They convert the energy of photons, particles of light, into energy. This process is called the photovoltaic effect. When a photon hits a photovoltaic (PV) device, its energy is transferred from the photon to the local electrons of the material. The excited electrons, in turn, begin to flow and thus generate an electric current.

Solar cells in solar panels produce direct current (DC). This is then converted to alternating current (AC). The investor is responsible for this transformation. Electrical networks use alternating current, which means that it is used to power household appliances. If your home’s photovoltaic system produces more energy than it needs, the electricity feeds back into the general electrical grid.

What is happening to the energy generated by the photovoltaic system?

It can happen that our micro-plant produces too much or too little energy in relation to our needs. A bi-directional meter is useful here, a device that measures bi-directional current flow. This means that both the electricity produced by our installation and the electricity extracted from the external electrical network count.

The excess energy produced by our micro-plant will be transferred to the electricity grid. Thus, we will become prosumers, that is, producers and consumers of electricity at the same time. For every 1 kWh sent to the external electricity grid, the prosumer receives:

This energy can be used in a situation where our photovoltaic installation cannot collect solar energy or access to this energy is limited (for example, in winter, on cloudy days or at night).

What are the parts of a solar photovoltaic system?

What factors affect the performance of a photovoltaic system?

A photovoltaic system will never be 100% efficient. It is influenced by both environmental factors and losses in electrical components:

Household photovoltaic systems (small private solar power plants) were until recently difficult to access for Kowalski’s statistics. However, today, this ecological and economical solution is gaining more and more followers, has more and more applications and is more and more available. However, it is worth contacting professionals who have experience installing on many types of roofs, such as the experts at Stilo Energy. To keep the roof intact, a high-quality, precision installation is required for the panels to be attached directly to the roof substructure. Then they will become an integral part of the building and will be safe even in extreme weather conditions.

How efficient is solar photovoltaic energy

Next I will mention, How efficient is solar photovoltaic energy. At a time when energy efficiency has become the only energy source that can reverse the accelerated increase in the population’s energy demands, because we are not talking about discovering, exploiting or reinventing sources, but about obtaining more energy with Less consumption of sources, the use of renewable energies, on a residential, transport and industrial scale, has become not an option, but a necessity.

As we have already addressed here in this blog,  home energy certification is no longer just a requirement, but a first action in a chain that can lead us to consume less energy, save money and help the planet.

In this environment, it is essential to turn your head and observe how efficient alternative, sustainable and renewable sources of energy are, such as  solar energy .

The  solar energy  is efficient enough to make a difference. Since solar energy is created from renewable sources, any amount of energy that can be produced is of great help to both humans and the environment.

Using solar energy without panels is also highly efficient. Perhaps in a less quantifiable way, but the use of thermal and light energy that comes from the sun represents a considerable saving in the consumption of fuels for heating and cooling as well as to achieve thermal well-being when being in our home.

A well-insulated house, both in its walls and in windows and doors, that allows to conserve heat and sunlight, especially in the winter months, and good ventilation helps not to lose sunlight, but not to accumulate too much heat in the summer season. It’s all about efficiency.

Solar energy is not efficient because it has poor performance

Photovoltaics is a very efficient system that transforms solar energy into electricity.

The efficiency of a photovoltaic system, that is, the ratio between the electricity produced and the solar energy irradiated on its surface, fluctuates between 11% and 20% depending on the technology used. Over the next several decades, the average yield will continue to increase.

The other technologies have different performances. Fossil fuels such as coal or gasoline are also originally derived from solar energy. However, if we consider the entire production cycle of photosynthesis, transformation into fossil energies (coal, crude oil, natural gas) and combustion for the production of electricity, the performance of radiated solar energy compared to the electricity produced it is much less than 1%, because photosynthesis already has a yield of about 3%.

Solar thermal systems are three times more efficient than photovoltaic systems, but produce less valuable thermal energy. The electricity produced by a photovoltaic system, on the other hand, is more valuable and can convert the ambient heat into three times the energy for heating, for example using a heat pump. The two technologies therefore have comparable returns.