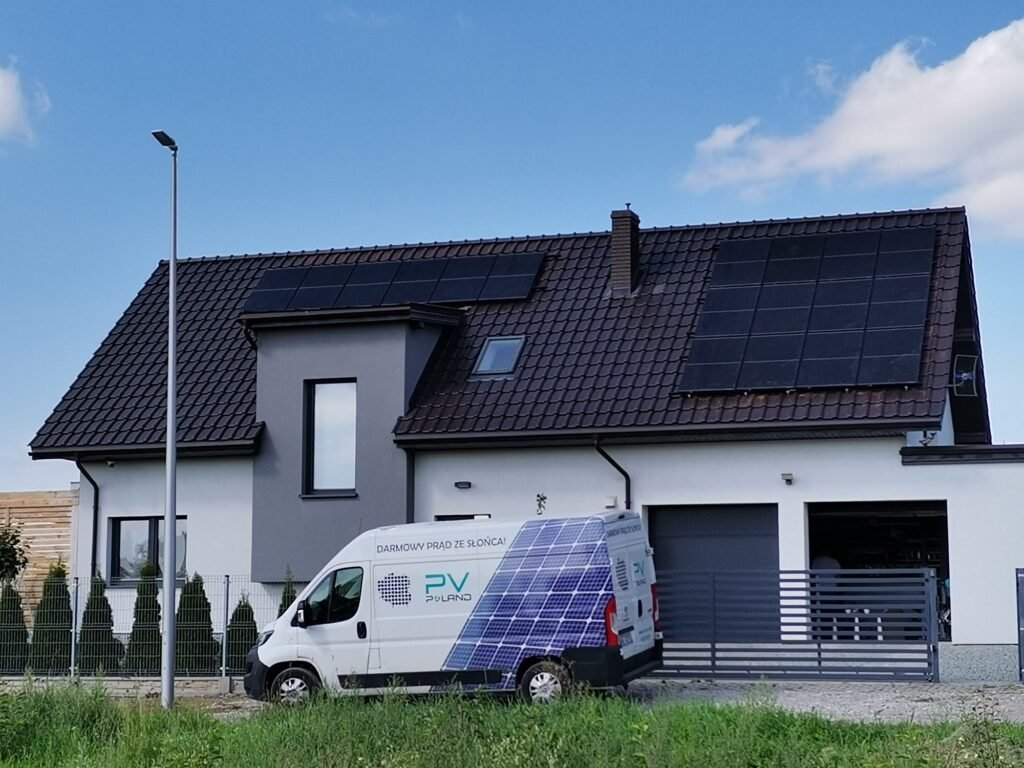 Information on the amount of electricity produced by the photovoltaic panel can be found on the nameplate. The panel’s Power Rating determines its performance under STC (Standard Test Conditions). What are these conditions? Temperature 25°C, insolation 1000W/m2, wind speed not higher than 1m/s.

How many solar panels per 1kW? How much electricity does a solar panel produce?

The number that we see on the nameplate tells us how much energy the panel will generate in calm conditions during one hour of exposure to maximum solar radiation. In Polish conditions, due to the specificity of the climate, it is not always possible to operate the panel in the same conditions as the test ones, therefore its efficiency may be slightly lower. For this reason, it is best to entrust specialists with the calculation of the energy demand of our property and the determination of the number of photovoltaic panels necessary to cover it.

The main factor that decides  how much electricity a photovoltaic panel will generate is  :

The efficiency of a photovoltaic panel, that is, how much electricity it will produce under standard conditions, is defined in the unit kWp – kilowatt-pic. This performance is called Peak Panel Power. It is estimated that  a household  (family with two children)  consumes between 4,000 and 6,000 kWh per year  . For such a farm, an installation that generates electricity with a maximum power of 4 to 6 kW is sufficient.

Modern photovoltaic panels available on the Polish market generate an average of 290-400 W of energy. Let’s do a simulation, taking as an example a 335W panel, which will work for one hour at maximum power. The performance will then be approximately 335 Wh of energy. If we want to get 1kWh of energy, we need 3 panels running for one hour. If we assume that the annual electricity demand is, for example, 4,500 kWh, then this value must be divided by the annual yield (4,500: 335)  , which will give us 14 (13.4) photovoltaic panels.

The power of the installation is calculated using the formula:

The size of the photovoltaic plant depends on the number and size of the panels. A standard photovoltaic panel measures on average 1 m wide and 1.7 m long (1.7 m2). So,  to install 4 solar panels of this size, we will need 6.8 m2 of free space on the roof  . If the roof is too small, you can opt for a solar installation on the ground.

Gaining insight into how much electricity a PV panel produces and how many panels are therefore needed  to meet the energy demand of a specific property always requires an on-site PV audit of the planned investment.Therefore, all data and calculations in this article should be treated as an estimate, and if you have already made the decision to invest in PV, please contact a professional PV system designer and supplier who will make the calculations for your specific investment. .