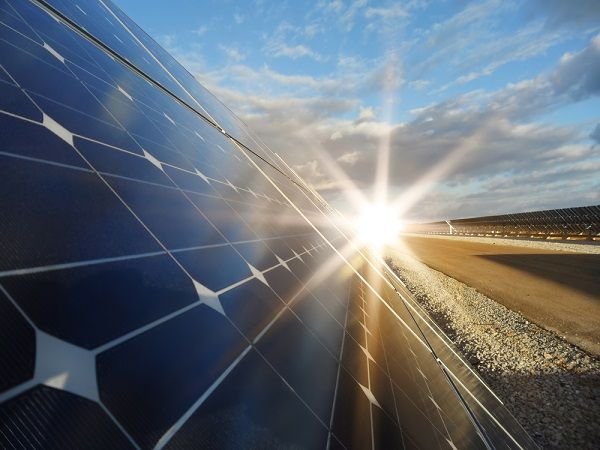 The installation of solar panels is an energy self-consumption option that more and more people choose to save on their electricity bill.

If you are also considering it, first you are interested in knowing some fundamental data, such as the amount of electrical power that this system can produce.

This information is important to estimate the approximate percentage by which you will be able to reduce your monthly energy expenditure by using this type of green energy that is so abundant in the Iberian Peninsula.

What is a solar panel?

A solar module or panel is a structure that captures the energy of solar radiation and transforms it so that it is useful for humans.

Photovoltaic cells are the most important components of a solar panel. Explained very simply, when the sun hits them, they release electrons and transform light energy into electricity.

By having a modular design, solar energy panels can be adapted to both large areas of land and smaller spaces such as private homes or roofs of neighborhood communities.

The solar module is the basic element of a photovoltaic system. In addition, a solar panel kit includes:

How much electricity does a solar panel generate?

To estimate how much a solar panel produces, several variables must be taken into account:

These can be crystalline or amorphous. The former are made up of crystallized silicon and the latter uncrystallized. The crystalline ones have higher performance than the first ones, but also a higher price.

– SIZE OF THE PHOTOVOLTAIC PANEL

– AMOUNT OF LIGHT THAT THE PANEL RECEIVES ACCORDING TO ITS LOCATION

The orientation, inclination and geographical position of the solar panel influence its performance. The ideal direction for positioning the panels is towards the south. If you are wondering how to calculate the tilt of a solar panel, it is best to choose an angle that is between 34 and 36 degrees.

It is expressed in units of watts (W), and is the maximum amount of power it can produce under ideal temperature and sunlight conditions (solar irradiance of 1000 watts/m2, standard atmosphere, and module cells at 25 degree temperature).

CLASSIFICATION OF SOLAR PANELS ACCORDING TO THEIR SECTIONS OF ELECTRIC POWER

Solar panels are usually classified into three groups according to their electrical power sections:

Their power is between 5 W and 140 W and they have 36 cells. These panels produce enough voltage to charge a battery that works with 12 V. They admit PWM charge regulators (they do not take full advantage of the energy generated) or MPPT maximizers (they achieve maximum performance).

Their power is between 150 W and 195 W and they have 72 cells. These produce enough voltage to charge a battery running on 24V. They can work with a PWM charge regulator or with an MPPT maximizer.

These types of panels provide high power at low voltage. They use special MPPT regulators. The plates, made up of 60 cells, generate more than 200 W. Initially, this was the alternative that was installed in solar farms.

A solar panel produces energy in Watts (W), while our electrical appliances consume it in kilowatts (kW). A kilowatt is 1000 watts. A fundamental step prior to the installation of a photovoltaic system is to calculate how much energy you usually consume in your home, to determine how many solar panels you will need.

HOW TO CALCULATE THE ELECTRICAL POWER YOU NEED?

To roughly calculate the electrical power that you can supply with a photovoltaic system, you have to use this formula:  average daily radiation of the area where you live multiplied by the maximum power of the solar panel installed.

You can check the average daily radiation in your area at the AEMET (State Meteorological Agency).

With the multiplication of these two concepts you would obtain the annual energy that your plate is capable of providing. If you divide it by 30, you will know the average monthly kW and if you divide it again by 1,000, you will get the number of kW / h.

Once you have these data, you will have to compare them with those of your electricity bill, and in this way you will be able to find out about the savings you will achieve thanks to a photovoltaic installation.

In any case, when in doubt, it is best to seek advice from professionals, which is why we recommend that if you are interested in installing solar panels,

We will give you all the information about how to choose a solar panel, how to install it and which models are the best for you according to your specific case.

Self-consumption through solar energy is becoming more popular due to both the economic and environmental advantages it entails .