How much power can a solar panel produce? A continuacion responderemos a esta pregunta. To answer this question we must understand that the power that a solar panel can produce will depend on three factors: size, efficiency and light received. So join us to delve a little deeper into this interesting topic and about which many have doubts.

How much power can a solar panel produce?

We know that photovoltaic solar panels are the best option to generate electricity in a clean way and can currently produce even just over 200W per square meter. Although as we mentioned at the beginning of the text, the power of the energy produced will depend a lot on the sunlight received during the day and on other factors (temperature, inclination and orientation of the panel with respect to the sun,…).

Basically there are three main types of solar panels, each one is a variation of energy efficiency and production costs, but all with the same purpose, to collect as much sunlight as possible to convert it into electrical energy, a process we call the photovoltaic effect. , then, we reaffirm that the amount of electricity that a solar panel can produce will depend on how much light it receives, how efficient it is in converting it into consumable energy and the size of said panel. 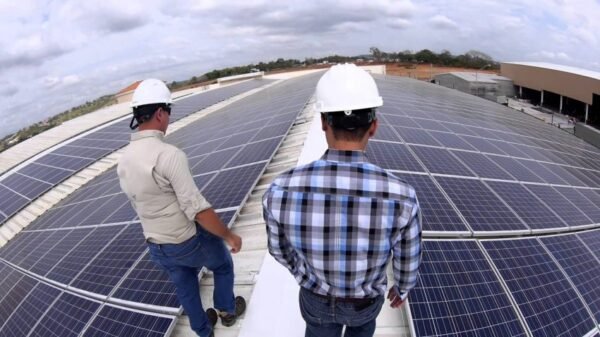 We understand that the power that a solar panel can reach and what it delivers later are two very different things, that is, if a panel is 335Wp (pic watts), then it will produce up to that limit, which can only be achieved in a very sunny day, with the sun’s rays hitting the panel perpendicularly and with a low panel temperature. So that we understand a little more, all the sunlight that manages to reach the surface of the solar panel would have to reach a power of 1,000 watts per square meter and the panel would have to be at a temperature of 25ºC, only under these conditions (they are the conditions in which the panels are tested in the laboratory) we will obtain the maximum power that our panel will generate.

Now, another simpler way to know how much power a solar panel can produce per day, is to find the number of peak hours of sun that our area receives daily. One hour of peak sunshine translates to one hour of 1,000 watts per square meter of sunlight. For example, if our area receives 3 peak hours of sun per day, it means that for every 100Wp of panels installed, about 300W of energy will be produced per day, that is, 300Wh/day. Keep in mind that peak solar hours depend on the area and the time of year.

Last but not least, it is necessary to consider some factors that can affect the energy generation of a solar panel, such as the location, whether or not it is in full light, snow or dust, which can also affect the correct absorption of UV rays. , among other. These are elements that we must take into account so that a solar panel can offer its maximum potential.