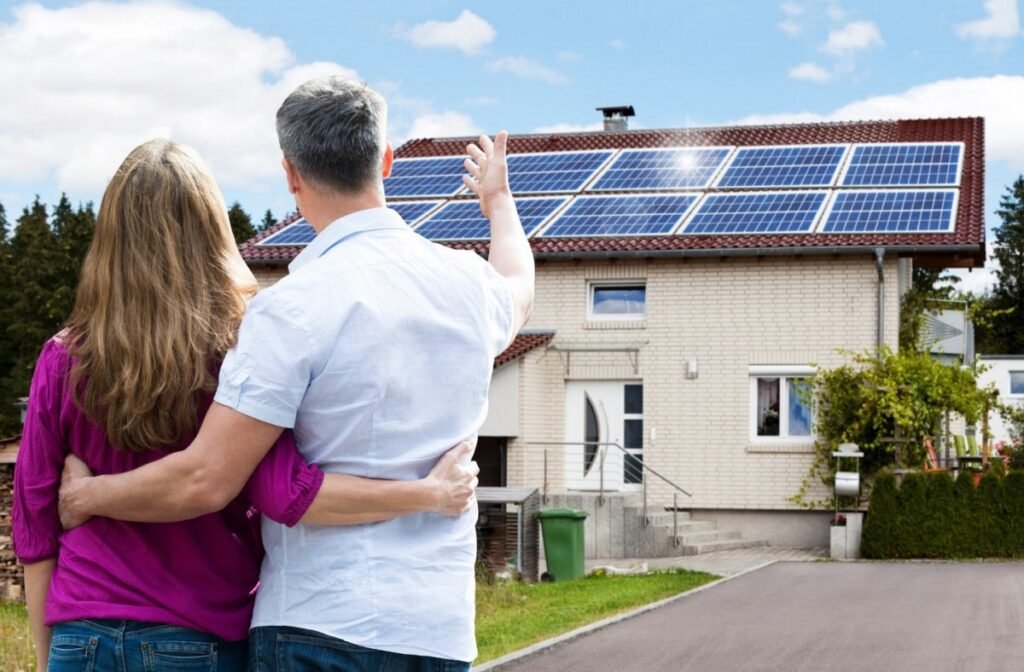 The installation of a solar panel is something that depends, to a large extent, on the orientation of the roof and the panel itself, as well as its inclination, and the location of the place or where it is installed. In this article we want to explain in a simple way what you should know about the installation of solar panels and their inclination depending on the orientation of the roof, but we also talk about other related issues that can be of great help to make the most of solar energy. Continue reading to learn what the tilt and orientation of a solar panel should be. Go for it!

orientation of a roof

The first thing you should do to proceed to install a solar panel is to know what the orientation of the roof is. This will allow us to know the orientation of a solar panel so that it can take advantage of the light for as long as possible —maximizing energy production—, avoiding shadows, and making the investment more profitable. Knowing the orientation of a roof is not difficult. To do this, what you have to do is access the Google Maps application or website and search for your home address. Remember to grant location permissions to the app and tap on the arrow at the bottom right to enable the compass. You can also choose to go up to the roof of the house and open the compass app—or use a physical compass. The red date always marks the north, while the white indicates the south.

Orientation of a solar panel

Once we know what the orientation of our roof is, we must find out what is the best orientation for a solar panel and if it is worth installing it —keep in mind that not in all cases the orientation of the roof allows it, although there may be exceptions depending on use—. Generally, whenever possible, you should opt for a south orientation. This is so since at noon we will have a peak of production and throughout the year we will see how this is greater than in the case of those who have their solar panels completely oriented towards the East or the West —never towards the north—.

Now, if our roof does not allow us to orient the solar panels towards the south, we can consider orienting them towards the east or west depending on the moment in which we are going to make more use of the solar panels —and, in general, the gabled roofs usually have this orientation—. If your network-connected installation will have greater consumption in the early hours of the morning, then your most recommended option will be to orient the solar panels to the east. However, if your usual consumption is usually higher in the afternoon, then the most recommended thing is that they are oriented towards the West. In fact, these orientations offer some advantages over facing south. For example, the installation is more aerodynamic and less vulnerable to the effects of the wind, but also because it offers a more regular distribution of energy —especially in cases with gabled roofs where we can install solar panels to the west , on one side of the deck, and to the east, on the other side.

In any case, keep in mind that the best orientation of a solar panel is always towards the south, since it is the one that receives the most radiation throughout the day and therefore the one that provides the greatest energy production, especially in connected installations. to the grid —or self-consumption facilities—, in which case there are no batteries to store the energy that is generated.

Tilt and orientation of a solar panel

Keep in mind that on many occasions the orientation of a solar panel can even be horizontal —and taking advantage of it would be good—, however, it would facilitate the accumulation of dirt, which can generate shadows and hot spots —also known as hot spots—.

The location of the solar panel

In any case, when we are going to install a solar panel we must always pay attention make the location easily accessibleto be able to carry out the maintenance —or so that it can be carried out by specialized operators—, but also that the panels are protected against falling objects and acts of vandalism. In mountainous areas, where snowfall is frequent, it is important to take advantage of the slopes of the roof. This is so because, on the one hand, the greater slope will allow us to obtain more energy in winter —when it is most necessary, for heating— and, secondly— because the slope will be used so that the snow does not accumulate and cover the solar panels.

Although it is not usually very common in private homes or community buildings, there are structures that allow maximizing energy production throughout the day. It’s about the sun chasing tracker systems and tilt the modules depending on the time of year. These are used in large photovoltaic plants since they represent a significant technological expense. However, the structures for solar panels will allow us to obtain the inclination that we want and, in some cases, to be able to place them in the desired orientation.