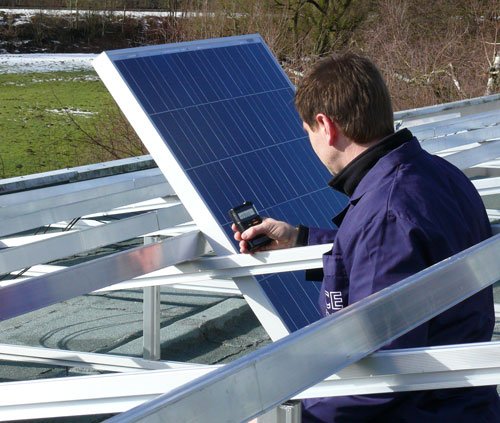 How to measure solar energy  . There are two types of solar energy measurements, based on the type of energy:  photovoltaic energy  produces electricity and solar thermal energy  heats water.

How to measure solar energy 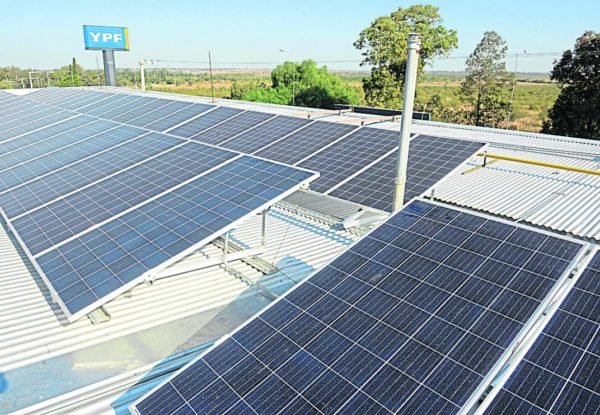 Many people want to know  how to measure solar energy  . Energy production is expressed by the amount of absorbed solar radiation that reaches the surface, either to a solar panel or a solar collector.

The  solar energy  is measured in British thermal units (Btu) per square foot of collector space. A BTU represents the amount of energy that is required to raise the temperature of a pound of water in normal atmospheric conditions by one degree Fahrenheit.

An appliance with a nominal power of 1kW uses one kWh of energy when it works for one hour.

The average electricity consumption for a home is 8900 kWh per year. For solar panels, the kWh measurement refers to the amount of energy produced by the panel.

This measure is represented as kWh per square meter of panel surface.

A 1kW system generates almost 1,000 kWh per year in cloudy regions, and almost double in sunny climates. The term peak refers to the production of energy in optimal conditions. Whether the system generates the indicated amount depends mainly on the amount of solar radiation that reaches the solar panel.

These ways of  how to measure solar energy    are important when  sizing a PV system  or sizing a solar water heater.

How do solar panel meters work?

Power meters monitor your system’s battery voltage, the level at which your batteries are charged, and the amount of energy you consume. Energy providers have a legal obligation to buy the excess energy from the small power system connected  to  the grid at the “producer cost”.

The cost of the electricity producer is the cost to the supplier of producing the energy itself, and is lower than the retail cost. The monitoring process can be done in several ways. Let’s take a look at some:

How many meters do I need?

Your provider can install two meters, with a monitoring power extracted from the network, and another that records the additional electricity generated by your system that feeds back into the network.

In this case, you pay the retail price for the electricity extracted from the grid, while your excess energy is purchased at the cost of the producer.

However, the most frequent is that the excess energy in the utility is lost, as in the case of the net measurement system detailed below.

How do we measure the solar energy injected into the network?

The net measurement implies a bidirectional meter. The meter rotates forward when it draws electricity and backwards when the system provides power to the network.

If you have provided more than the consumption, the energy provider generally pays you the cost of the producer. Financially, this method is better for the consumer.

Can you move extra electricity next month?

Some suppliers allow you to transfer additional electricity that your system generates until next month.

This arrangement can be beneficial if the amount of energy your system generates monthly varies (for example, due to weather). At the end of the year, if it has produced more energy than it has used, the supplier will pay the excess energy produced.

Favorable agreements for photovoltaic energy owners require that energy providers pay the customer based on the extra energy that is produced at the production cost of “maximum rate” in the middle of the afternoon when the network demand is highest.

This corresponds to when solar panels produce at maximum power

The utility company pays the panel owner a “maximum rate” for the extra power.

At night, when the owner of photovoltaic energy takes energy from the network, the company only charges the lowest rate “off the peak” since the demand for the network is lower.

The credits are not lost at the end of the year and the utility company pays the additional kWh. There are a myriad of other options and they vary greatly from one location to another.