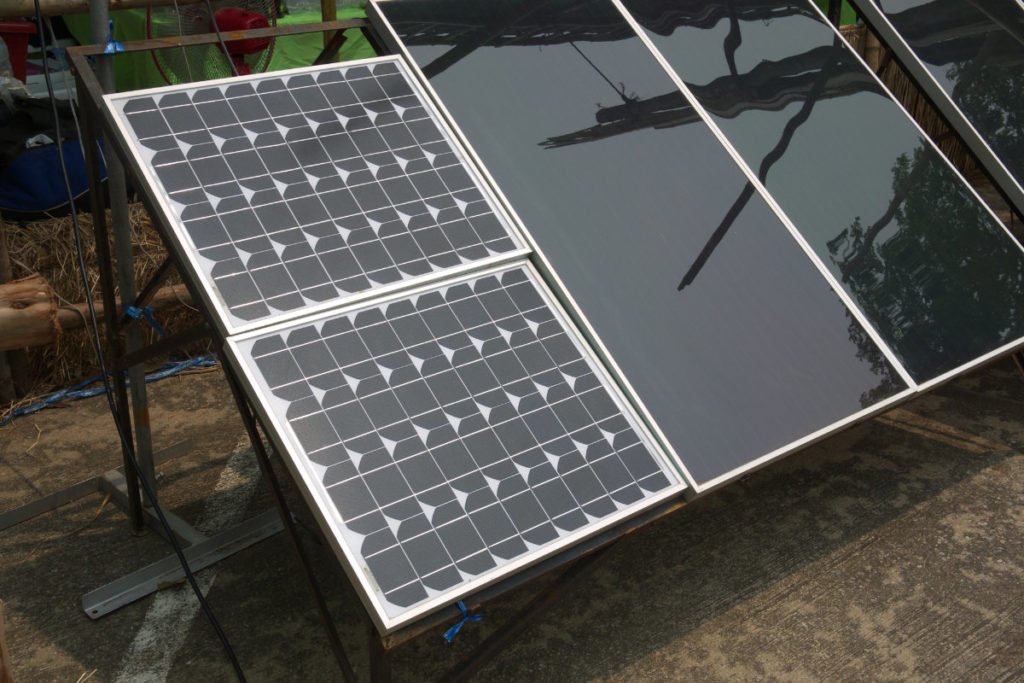 With the  hybrid solar panels can generate electricity and heat. They are especially interesting if you have a small surface on the roof where you do not have enough space for a separate system (solar panel and collector separately).

The combination of both systems allows to take advantage of heat and sunlight.

We already knew the photovoltaic systems and solar thermal systems, capable of generating electricity the first and heat the second system.

But the appearance of hybrid solar panels in the market turns technology upside down, combining everything in one system. Two in one. We explain how they get it.

What are hybrid solar panels?

This is due to the ability of the hybrid solar panel to take advantage of the entire spectrum of existing light, unlike the photovoltaic and thermal panels, which capture ultraviolet and infrared light respectively.

Solar photovoltaic energy and solar thermal energy are used at the same time.

Although it is an existing product since the 70s, it has not been until now when it has begun to install this technology in more and more places.

Its  versatility, its high degree of innovation and the multiple advantages  that hybrid solar panels have over conventional technology have made this type of solar panels more and more in demand in all types of sectors and for all kinds of locations.

Electricity, sanitary hot water and even heating if the system allows it (with floor heating and low temperature emitters ideally) in a single panel. It sounds interesting, do not you think?

How do hybrid solar panels work? 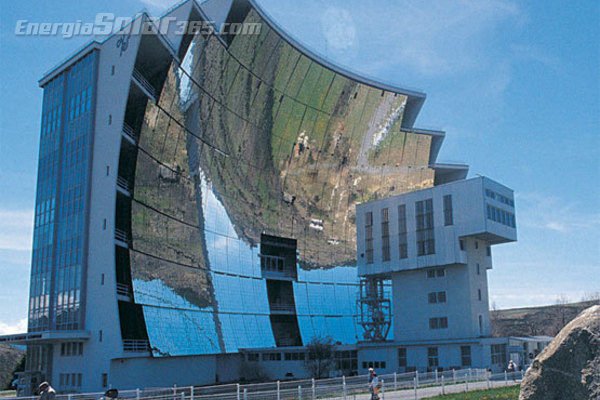 The  hybrid solar panels  are composed of silicon photovoltaic cells are placed in a labyrinthine absorber to a compact module with inlet and outlet for heat transfer fluid and a junction box for electrical wiring.

Summary of the operation of the solare hybrid panels:

This heat of the cells, which was a problem for the photovoltaic system, is exploited by the hybrid system, which transfers it  first to a heat transfer fluid, and then to a solar accumulator .

In this way not only this temperature is used to generate heat, but also increases the performance of the photovoltaic cells by decreasing the heat reached by them, dissipating it thanks to the fluid.

How is the hybrid solar panel composed?

The hybrid solar panel is composed of:

The space between glass and photovoltaic cells manages to improve the efficiency of the thermal system by achieving a greenhouse effect.

The photovoltaic power will be increased up to 15% , reducing by 40% the space needed to install both technologies, prolonging their useful life by improving their working conditions, and reducing the amortization of the investment.

Hybrid solar panels can generate electricity efficiently. This has to do with the cooling of the panels that takes place through the collector section.

Solar panels simply work better when they do not heat up too much. In the summer, the temperature of a traditional solar panel can rise rapidly to over 75 ° C, which is not good for efficiency.

WHAT ARE THE ADVANTAGES AND DISADVANTAGES OF THE IBARID SOLAR PANELS? 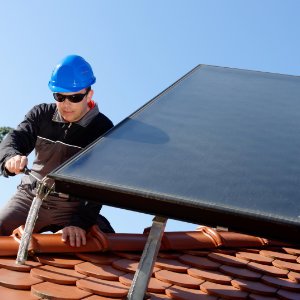 • The  roof surface is used well  because it no longer needs separate collectors and panels. Aesthetically speaking, an integrated system is also more attractive to watch.
• A hybrid solar panel provides  greater electricity  production in  both summer and winter (5-10% on average). This is due to a better cooling in the summer and a warming in the winter.
• The  total energy efficiency  of a hybrid panel is approximately 40% higher than that of a standard panel because it can be used to produce heat and electricity.

Summary of the advantages 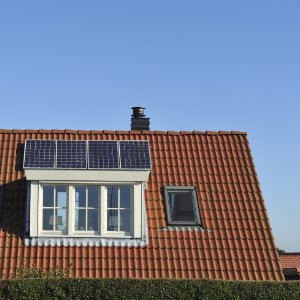 • It’s a  fairly new technique that has yet to prove itself  .
•  Investment costs  are  quite high  .
• Hybrid solar panels are especially suitable if you have a  small roof area  .

WHAT IS THE PRICE OF THE HYBRID SOLAR PANELS?

The price of a hybrid system is around 2 to 4 euros per watt peak. This price does not include VAT and installation costs.

The price depends on the type of panel / collector. An average family has an energy requirement of around 4000 watts.

What are the types of hybrid solar panels?

Two types of hybrid systems can be distinguished:

These are standard solar panels behind which a special absorbent plate with copper tubes is fixed.

The heat of the sun heats the liquid in the copper pipes and makes it available to, for example, heat the water of the central heating.

PVT panels produce electricity and heat. The focus of these panels is mainly on the production of electricity.

With the photovoltaic thermal collectors, the various components of the system are in an insulated housing and a glass plate is used.

Thanks to good insulation, the collector part can do its job efficiently and the thermal efficiency is quite high. Due to the higher temperatures in the system, the electrical efficiency is somewhat lower.

PVT collectors are especially suitable when there is a high demand for heat. PVT panels work well in combination with, for example, low temperature heating (combination with heat pump, etc.).

What types of hybrid solar panels are there? In deep

Throughout these years, the market for hybrid solar panels has evolved and brought new models available depending on the technology they have been incorporating.

In this way, EndeF began to use its own terminology to designate these models, classifying them by ” generations “; said terminology, to this day, is the most widespread within the sector.

The jump from one “generation” to another is marked according to the  degree of isolation  that the panel itself and the  covers it incorporates.  In this way we can distinguish between:

It is the primary and most basic model in the market for hybrid solar panels; The first hybrid solar panel created. Said panel is simply composed of photovoltaic cells, a heat absorber and a connection box for electrical wiring.

It does not have isolation by any of its sides, so that the temperature it can reach is much lower.

Given these characteristics, the location where these panels are usually installed are the pools since water is required at a lower temperature than, for example, in a house.

In this case, the union of the photovoltaic laminate and the thermal collector is incorporated a  rear cover  whose function is the conservation of heat, thus preventing it from being lost through the back of the panel.

The lack of cover only in the back makes, among other things, the photovoltaic laminate is not at such a high temperature, thus enhancing the  electrical part  of the panel.

These panels work  at a lower temperature  than hybrid models with a front cover, making them ideal for hot places and, especially, the locations where the photovoltaic part is intended to be enhanced.

Currently it is the hybrid solar panel that is sold the most around the world.

The main characteristic of these panels is the incorporation of a  transparent front cover . This achieves what pales for some is the main drawback of hybrid solar panels of previous generations: the loss of heat through the front.

Thus, insulating the panel itself on both sides achieves an  even greater decrease in heat losses  and, therefore, a considerable increase in the  thermal performance  of the panel.

By reducing both the heat losses, this panel is postulated as ideal for places with a cold climate and, above all, where what is intended is to enhance thermal production.

Before this always arises the same question:  How to decide between one model or another?

The inclusion of  CTA technology  (Transparent Insulating Cover),  patented by EndeF , makes ECOMESH a hybrid solar panel more efficient than those already existing on the market.

This technology favors the performance of the panel to increase in two ways.

As for the photovoltaic part, the fact that the water circulates inside the panel causes the photovoltaic cells to be cooled so that, when working at a lower temperature, the electricity generated is greater. In terms of thermal production, the CTA technology and the inert gas it incorporates improve panel efficiency

Where is it possible to install a hybrid solar panel?

While it is true that the installation of hybrid solar panels is ideal in those places where the surface on deck is small, any place, in principle, is likely to be a good location for this product.

In addition, these facilities charge special interest the greater the demand for domestic hot water (DHW).

In response to these two circumstances, the most recommended places to install this innovative technology are:

In addition to all of them, and despite the fact that energy consumption is not as high, single-family homes are also presented as a possible scenario for hybrid solar panels.

When are hybrid solar panels recommended?

A PVT system is especially attractive when you want to generate a lot of energy per square meter and only have a small roof surface. It is also important that there is enough hot water every day, even in summer.

The latter is important because the PVT panels are cooled precisely with hot water. This cooling is important in relation to electrical efficiency.

Of course, you must also have enough space to place the storage container.

A PVT system is probably the most cost effective when you need a new boiler or a central heating boiler or in the case of a new construction.

How much energy do you save with a PVT panel?

The savings you can achieve depend, among other things, on the type of panel. With a PVT panel designed mainly for the production of high electricity, you can expect an average saving of 100 kWh and around 40 m³ of natural gas per square meter of collector surface. 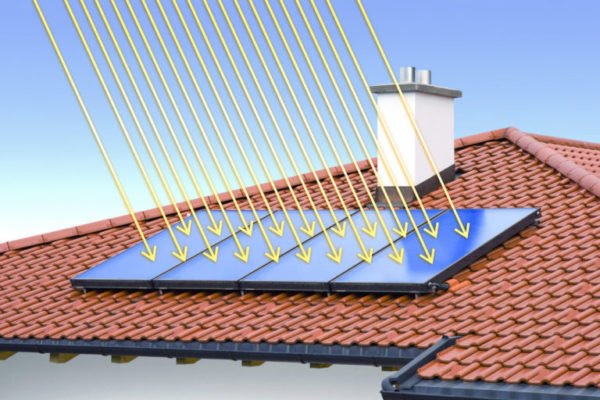 What is the useful life of a hybrid system?

The useful life of a hybrid system with solar panels is around 30 years. The recovery period is 10 to 25 years, depending on the configuration, the heat requirement and the type of panels.

Climatic conditions and associated energy savings also play a role. The more sun, the more energy you will save. The mild winters are also beneficial.

Installation of a hybrid system

It is better to leave the installation of a hybrid system to an installation company. Due to the different components that make up the system, the placement is quite complex.

This mainly refers to the connections to the existing hot water system and the electrical connections.

The system must be configured in the right way so that the power can be returned to the power grid and adjusting the hot water supply also requires considerable experience.

In most cases, you are legally required to call a recognized installer.

Hybrid solar panels can be oriented towards the southeast or southwest. A ceiling inclination of 30 ° is generally optimal, but at least it should be between 20 and 40 °.

The shadows of buildings, trees and dormer windows should be avoided as much as possible, as they have a negative effect on the return. The roof should be strong enough because of the PVT panels are relatively heavy.

You should consider a weight of 12 to 15 kilograms per square meter.

In general, most modern and inclined roofs are more than calculated for this weight and no special reinforcement measures are needed.