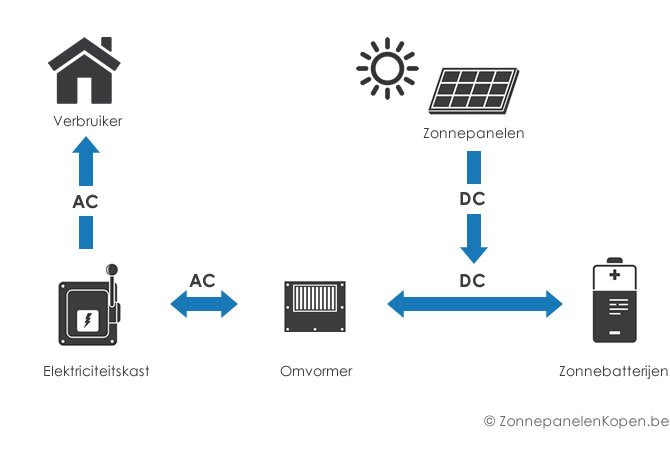 A SOLAR SYSTEM OUT OF THE NETWORK are recommended for places far from the city or areas of difficult access of the electrical network or nonexistence of it.

What is a solar system outside the network? 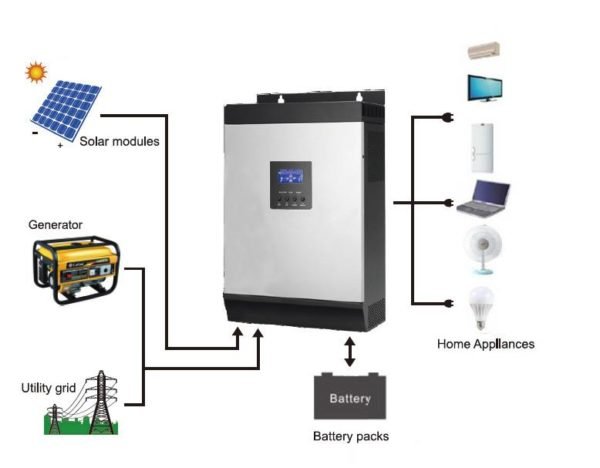 A photovoltaic system outside the network is a completely independent system independent of the network, which produces energy only for the users to whom it is directly connected.

In particular contexts, it can be a really advantageous solution, as long as it is integrated with an accumulator system capable of storing the extra energy produced during the day.

Let’s see how to make the most of this type of system to self-produce energy and save on energy costs.

The dream of many and also the perfect vision of the future: provide your home with total independence and energy. Unfortunately we’re still not that far … right? Yes, but it will cost you  more money  .

Differences between photovoltaic systems inside and outside the network.

You need batteries for this storage. Heavy batteries. These batteries are sometimes called solar batteries  .

This heavy batteries or accumulators  store  the  solar energy supplied during the day  in  and releasing it when needed.

Whether we are talking about photovoltaic systems in the network or systems outside the network, the operation is the same.

The panels capture the energy of the sun and, through an  inverter  , transform it into electricity ready to be used in the domestic network to operate lights and appliances.

What changes is the possibility or not of entering electricity produced but not immediately used in the network, to benefit from an economic recovery.

In some cases, for example, in mountainous areas or in remote contexts where it is too expensive to obtain connections to the national grid, the off-grid photovoltaic system proves to be the only possible solution to satisfy the demand for electricity.

But these are unique and exceptional situations, while it is very complex to separate from the national network, also for reasons of opportunity.

In fact, of course, you must ensure that you can always achieve 100% self-consumption with your system, to avoid running out of electricity. A snowy day  , for example, could be a problem.

Normally, however,  it is not recommended to  disconnect completely from the network, when in reality it is not necessary  , as it could cause several problems. Keeping your home connected to the network gives you the security of being able to extract the necessary electricity even in case of snow!

If you want to achieve energy independence, you do not need an off-network system! Even with a classic photovoltaic system connected to the grid, you can take full advantage of the production potential of the panels and reach  very high levels of autonomy, up to 99%.

How to achieve energy autonomy with photovoltaic storage?

During the day, photovoltaic modules can produce much more energy than domestic loads require.

Where does all this unused energy go?

The best solution to increase your participation in energy independence and 100% of the performance of the operation panel is to install an energy storage.

In this way, it stores the surplus of energy in the  batteries to use it when necessary, when the system stops or produces little.

Independently of the technology (in the network or outside the network), the photovoltaic energy is convenient insofar as it can make the most of self-consumption to reduce withdrawals and have lower bills.

By opting for state-of-the-art photovoltaic accumulators, you can aspire to achieve very high percentages of energy autonomy, well  above 90%  .

With the security of exploiting a source of renewable energy to power the electrical system of your home in a safe, continuous and with full respect of the environment.

Attention! Whoever has a photovoltaic system outside the network and wants to install storage batteries, should still opt for systems certified by CEI 0-21 that require, by law, connection to the network.

Do not fall into the trap of those who want to sell UPS without pretending that they are accumulation systems: it is an illegal maneuver, which runs the risk of making you spend money unnecessarily, which forces you to have to invest again for the accumulators according.

What are the advantages of an autonomous system of solar panels?

In  any case,  autonomous solar panel systems will  become  the norm  in the  future  , but for now, the great  advantage  of a fully autonomous system is that  there is always energy available  . This is especially important in areas where this is not as obvious as:

What are the disadvantages of an autonomous system of solar panels? 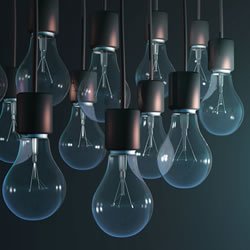 The biggest  disadvantage  of an autonomous system can already be guessed: if your solar panel, your inverter or your battery malfunctions, you will not have  energy  .

With a  system connected to the network  , then you change 100% to your external electricity supplier.

It is also important to know if the autonomous solar panel system can generate  enough energy  for its  energy consumption  .

An example is a rainy weekend in December where you have planned a party: washing machines and dishwashers at full speed and also lots of light. Is your battery up to that?

If you already opt for an autonomous system, it is better that you still have   a  meter cabinet installed  , but leave it sealed.

This is considered a field service and you will not have to deal with  all types of taxes  that are attached to the electricity supply.

It turns out that after the solar system is not enough, you can still a  connection to  take  without additional cost  for its installation.