The organic solar cells , although still under investigation, promise to revolutionize the field of photovoltaic solar energy: facilitate use in different types of materials and get further reduce the costs of photovoltaic technology.

Solar technology has improved a lot, however, the maximum energy efficiency that can be extracted from the current solar cells is not even a quarter of the energy that comes from the sun.

In addition, to manufacture solar panels based on inorganic cells it is necessary to use large amounts of purified silicon, which makes the manufacturing process more expensive.

In what year do the organic solar cells appear?

The organic solar cells appear already in 1990 with the aim of reducing the costs of the manufacture of solar panels. And, despite having spent almost 30 years in research, it is in recent years that there is a growing interest in its multiple advantages. 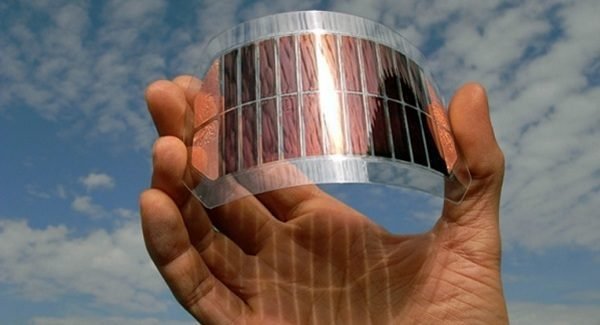 What are organic solar cells?

Organic solar cells (OPV) are composed, at least in their active layer, of organic molecules.

There are three types: molecular, organic and hybrid polymers, being those based on organic semiconductor polymers the most used.

Organic solar cells are intended as an alternative to silicon. Although the energy efficiency they reach (11%) still does not reach the efficiency achieved with this one, they have another series of advantages that make them a very interesting option. 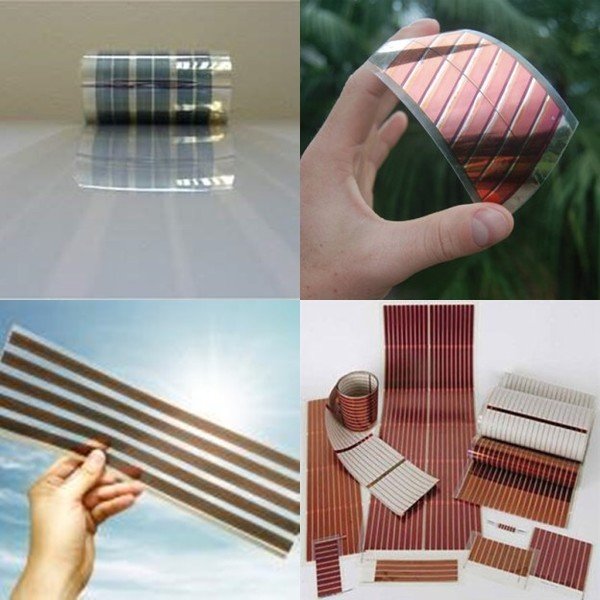 How do organic photovoltaic cells work? 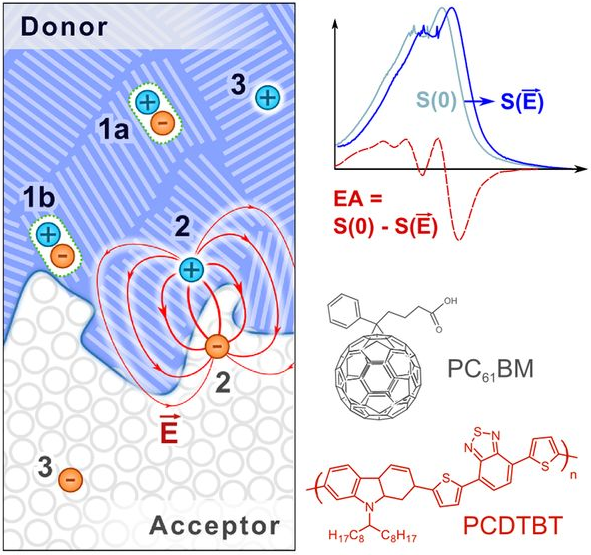 An organic photovoltaic cell is a solar cell that uses a heterojunction with one of the materials formed by organic molecules (such as fullerenes).

Its future is promising, but its performance is much lower than that of silicon or gallium arsenide cells. To optimize its efficiency, it is necessary to understand in detail its microscopic functioning.

The first detailed experimental study of charge separation in organic photovoltaic cells is published in Science.

The photogenerated excitons (electron-hole pairs) interact with the interface between the donor material and the acceptor separating, the holes are directed to the anode and the electrons to the cathode; the separation distance is at least 4 nm (nanometers) in only 40 fs (femtoseconds), enough for the electrical attraction of Coulomb between them to be less than its thermal energy; the electrons behave like free particles and generate an electric current.

Previous studies had suggested that the functioning of organic photovoltaic cells was based on a rapid delocalisation of the excitons and a later slower separation of electrons and holes (at picosecond scales).

However, the new work shows that the delocalisation of the load is very fast (femtoseconds), being unnecessary a rapid relocation of the excitons to achieve a high efficiency load separation.

This result could redirect the design of the organic photovoltaic cells towards a more promising direction.

What are the advantages of organic solar cells?

· They are flexible, able to adapt to any surface.

· They are less fragile, which facilitates their maintenance.

· They are ecological because they are biodegradable and their residues do not have as much impact as silicon cells.

· They are light, which facilitates installation and transport.

· They are more sensitive to diffuse light and indirect light, so that it is possible to obtain more hours of use at the end of the year.

· They can work in transparent supports, which makes them ideal for installing them in windows of buildings or, even of solar cars.

· Raw materials and the manufacturing process are much cheaper. They can be obtained even by printer.

The reduction in the prices of solar technology makes it more competitive with the rest of the energy sources and, at the same time, more accessible to everyone.

It has also been discovered that organic solar cells, in addition to being electrical elements, are magnetic, which implies that through the application of external magnetic fields they can modify the electric current they generate.

All the advantages as a whole make organic solar cells have a high potential for application in portable devices such as calculators, laptop or mobile cases.

What are the disadvantages of organic solar cells?

Apart from its lower efficiency, the real problem they have, and why it still can not become a reality, is their rapid degradation and their little stability.

The solution is to prevent oxygen and water from degrading the useful life of organic materials. This is working universities spread across the planet.

Materials have been obtained that last up to six months, but work continues to achieve better results. In fact, the latest study recently conducted by the Rey Juan Carlos University concludes that “knowing these mechanisms of degradation is essential to design a manufacturing process for solar cells that takes these factors into account and reduces them to a minimum.”

Once this problem is overcome, organic solar cells will revolutionize the photovoltaic sector.