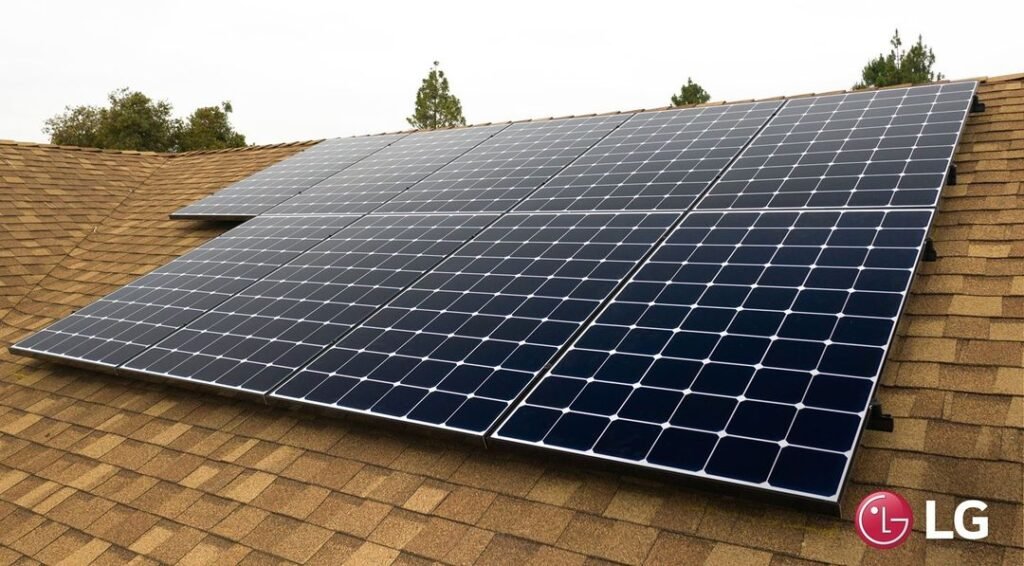 Every owner of a photovoltaic power system, be it battery or mains, knows very well that its efficiency is best when the sun is shining. Then we usually do not worry about energy shortages and use solar energy without restrictions on an ongoing basis.

Photovoltaic failure or lack of sun?

However, if there is less and less sun with the beginning of autumn, the solar systems start to work less and less, sometimes even to such an extent that the owner has the impression that the system has been damaged. Unfortunately, in Poland we have such and no other climate zone and the months from November to March are burdened with low insolation and a short day. When designing a photovoltaic set, this should be borne in mind, and especially in the winter months, the day is shorter than the night and often cloudy.

Do solar panels charge in the shade.

The answer to this question is not clear. In summer, on a cloudy day, even PWM regulators charge the batteries to some extent, regulators with MPPT power point tracking can handle it even better by up to 25% better than classic PWM regulators. Unfortunately, in winter, when the sun is low above the horizon, the sky is completely overcast for charging, we shouldn’t count on PWM regulators.

On the other hand, MPPT regulators can offer 1-5% of power. Unfortunately, this is not enough for the system to work as well and dynamically as in summer, and the only solution is to definitely limit consumption in some cases even to zero so as not to damage the batteries. At this point it is worth mentioning that that in order to achieve the best results in charging on cloudy winter days, it is worth connecting the panels in series with the highest possible voltage allowed by the MPPT regulator. Note PWM regulators do not allow connecting solar panels in series, but only in parallel. 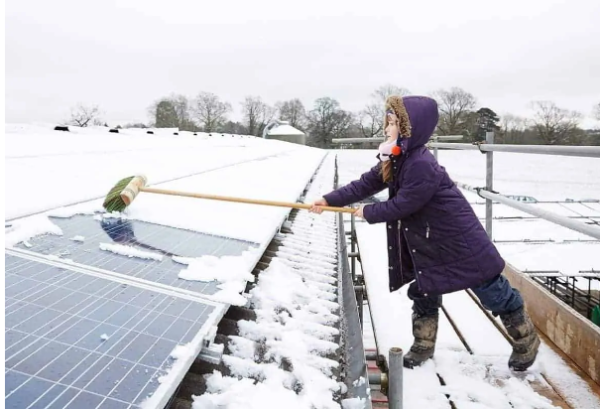 The difference between PWM and MPPT charge regulators.

Charge regulatorsMPPT and PWM are two different constructions not only in terms of performance and work, but also price. Systems with MPPT power point tracking are definitely more expensive than PWM. The first type of PWM charge regulator, apart from an attractive low price, is characterized by a not very successful technical design. It contains the voltage of the solar panel to the battery voltage. This means, in fact, that a solar panel that, for example, has a voltage of 19V for full power, shorted to a discharged battery with a voltage of 12V, equal to the voltage of the battery, and limits the module’s power by 7 V. In the simplest sense, it means that a solar panel with a power of 100W with operating voltage 19V and current 5,

Unfortunately, mainly for this reason, the charging regulators do not charge on cloudy days, especially on winter days, when the sun is low above the horizon and the sky is completely overcast. Nevertheless, they perform well in full sun in the summer and can be used successfully in simpler solar systems.

The second system of charge regulators is the MPPT power tracking system. First of all, it does not contain the voltage of the solar panel to the battery and thus works with the full real power of the photovoltaic module. As a result, it also allows the panels to be connected in series and the voltage to be increased, which significantly increases the efficiency of the entire system. MPPT regulators check on an ongoing basis where the best voltage and current is. The result of the multiplication of voltage and current is the unit of power, expressed in Watts. The voltage and current vary depending on the time of day and season, the weather and the temperature of the solar panel.

Thanks to the use of the MPPT system in the summer on cloudy days, we can count on up to 50% of the charging power, but in winter, the worst ” solar panels ” work best when we have the sun.

Already from the month of November, the day begins to get significantly shorter and the amount of sunlight reaching us is getting smaller. The following months, December, January, February and March are months which account for only 5% of the annual production of photovoltaic energy. During these months, consumption should be significantly reduced in order not to expose the battery to permanent deep discharge. 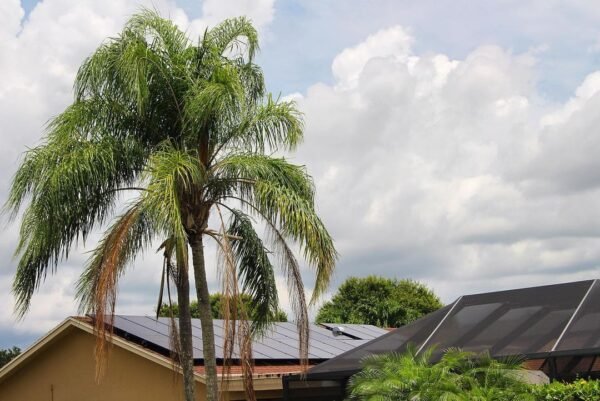 How to take care of the battery in the fall / winter months.

In the months without sun, it is easy to permanently and deeply discharge a gel or AGM battery and, as a result, damage it or reduce its capacity. For a gel battery, the best possible voltage is any voltage above 12.8V with this voltage or higher, we can safely store the battery for a long time. The voltage in the range of 12.5V – 11V is the voltage of the discharged battery and keeping it in such a sledge for a long time will reduce its capacity. However, a voltage below 10.5V may permanently damage the battery.

Therefore, it is worthwhile in months without the sun to either disconnect the battery, fully charge it with a charger and store it, recharging it on average every 3 months or leave it connected to the photovoltaic system without load. The second solution is the best option even when the battery is to stand in frost.