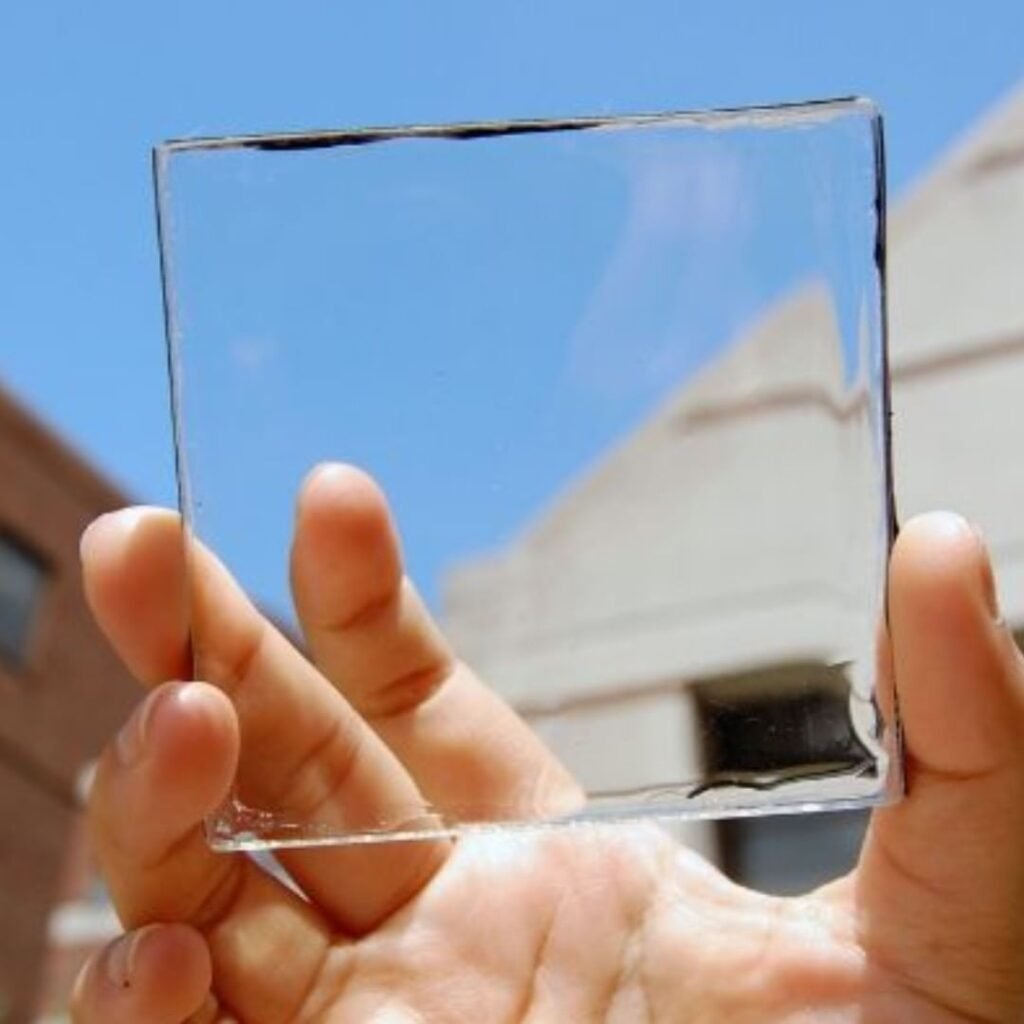 A multitude of surfaces in our living environment lend themselves to the generation of solar energy. This is important, because equipping roofs, facades and even roads with solar cells helps speed up the energy transition. Until now, glass has been a stumbling block in homes and office buildings. TNO is working with scientific and industrial partners on a solution: photovoltaic windows.

We now have a functional prototype that we want to further develop together with companies in the construction and glass industry to make it a ready-to-market product.

Windows didn’t seem to be the most obvious surface in buildings to generate electricity. The reason is obvious: they are designed to let in sunlight. Generating power in the window would be at the expense of the transparency of the window. So it’s all about finding the right balance: a lightly tinted window, which nevertheless generates a substantial amount of solar energy; a kind of solar panel on the window.

Point on the horizon 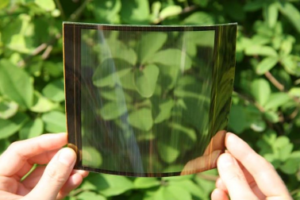 Of course, a photovoltaic window must have a pleasant and homogeneous appearance. That is why we chose for this application  thin film PV  , with layers of approximately one micrometer that can be partially removed with the help of a laser. The relatively new thin film photovoltaic material,  perovskite,  seems particularly suitable for photovoltaic windows, due to its relatively simple manufacture.

The goal is to develop glass that lets in at least twenty percent of sunlight while at least 10 percent is converted to solar energy (10% efficient). Therefore, photovoltaic windows can contribute substantially to making buildings energy neutral.

We have managed to develop a prototype with an area of ​​ten by ten centimeters with an  efficiency  of five percent. We have shown in the lab that if we remove fifty percent of the material, 40 percent of the electrical output is conserved. Between now and two years, we want to improve the five percent efficiency that we have now achieved to ten percent, without compromising aesthetics and permeability.

Large buildings are increasingly equipped with   glass  facades . Making them suitable only for solar energy harvesting can be an important step. TNO estimates the amount of glass surface in the built environment that can be equipped with this technology at around 60 square kilometers, potentially good for six gigawatts peak (GWp) of generating capacity. Together with industrial parties such as construction companies and glass manufacturers, we want to further develop the product and make it marketable. This offers a huge opportunity for the Dutch business community to conquer the national and even international market with a revolutionary product.

A combination of windows and solar panels that little by little is increasing the interest of the general public, by contributing not only to energy savings but also to environmental conservation. 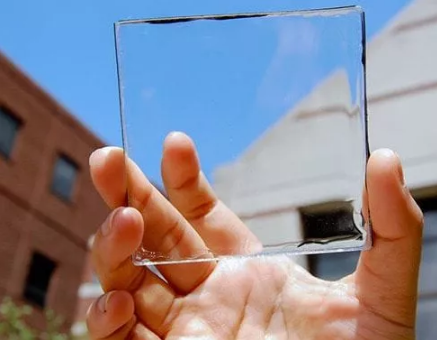 Photovoltaic windows – also known as solar windows – generate energy from the sun’s rays. With various technologies they can be transformed into a transparent panel, ideal for residential buildings and also those seeking a specific aesthetic along with care for the environment.

Among the advantages of solar windows we could highlight:

Liquid coverage for all types of transparent surfaces:

Another novelty of this photovoltaic technology is liquid coverage for any surface. This covering is capable of absorbing light through conductors for later storage or direct use. One of the examples is the American company  Solar Window Technologies  that has created a type of coating to be applied on any transparent surface.

Probably one of the most interesting facts about this technology is that it is not only that it can generate energy with the sun, but also through shade thanks to artificial light, allowing it to be used in any type of home.

Among the types of transparent solar panels (solar windows), we could differentiate two:

The partially transparent ones:

Interesting when we want to use them as a solar filter to reduce the passage of heat inside the building. Its efficiency is usually around 8%, a far cry from the 19% of  commercial solar panels .

The totally transparent ones:

The efficiency of these is better than the previous ones, reaching 10-12%, although still far from the conventional ones. But we must think of this type of solar panels as a double advantage, because although their efficiency is lower than conventional ones, it is no less true that they let sunlight through to the interior and this also helps to reduce the consumption of electricity and electricity. heating.

What prices can these transparent solar panels have?

It is not easy to assign a fixed cost because it is a technology still under development and it still has a long way to go to reach the price level of conventional solar panels. However, as a reference we can be talking about € 100 + VAT per square meter, not including the cost of installation.

Photovoltaic glass is going, little by little, opening the way for mass consumption, and although it is still something early, probably in a few years we will see many buildings that already incorporate it into their glass cladding to generate clean energy and save on electricity consumption of the property.