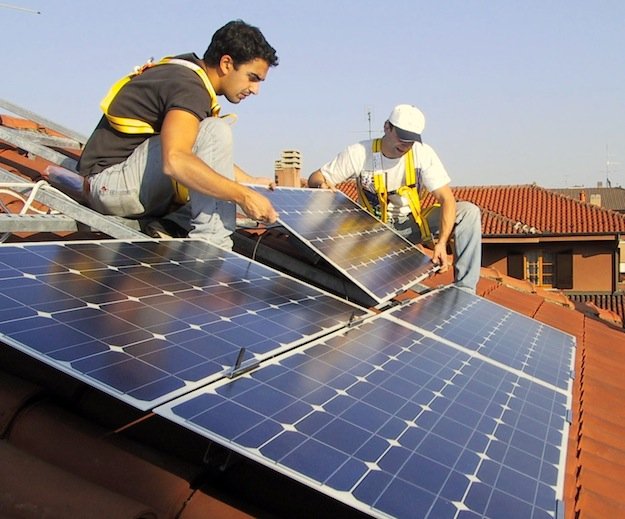 How to produce electricity : experiments and methods to produce free electricity from various alternative sources such as heat, firewood, photovoltaic cells… but also a potato or lemon!

Produce electricity. How to do it?

Producing electricity can be a very rewarding experiment. Batteries are based on the principle that you see the current passing between two metals through a special solution called an electrolyte, even at home, we can produce electricity by recreating natural batteries .

Make a battery with a lemon or a potato

Batteries can be made with fruits such as lemons and olives, the important thing is that they have a good amount of juice, since it is to allow the passage of current. The most popular vegetable for this experiment is the potato, which can be used both raw and boiled cooked although it is more potent and could light a lightbulb for days or even weeks.

How to produce electricity with a potato

What is needed to produce electricity ?

A potato, a zinc strip, a copper strip, copper wires for connection and a voltmeter. The copper and zinc strips act as electrodes. They will have to be inserted both into the potato, placed next to each other, but so that they do not touch. At this point, it is done by connecting the voltmeter to the potato, a certain voltage will be observed. L ‘ of the energy produced by a potato can be comparable to that of a 1.2 volt battery. With the connection of the battery electrodes have already been built but the biggest challenge is to produce electricityconstantly, something that can be achieved with the construction of photovoltaic panels. To test the battery you need a light with the terminals. Connect the tweezers to your battery and you will notice that the little light bulb will spring into action.

If the experiment fails, make sure the two electrodes are correctly inserted into the potato and turn the knob to “T” that connects the voltmeter to the battery for the potato, it’s just so you can testify to the presence of a voltage. The analog voltmeter will indicate a voltage of less than 1.2, this is because the analog detector is powered by the potato, while the digital voltmeter has its own internal battery and is powered by our “stack/potato”.

How can a potato  produce electricity ?

The potato, with the electrodes arranged in such a way, will constitute a real battery, where the copper foil acts as a cathode, while the zinc (or aluminum) foil acts as an anode. The potato juice becomes an excellent electrolyte solution and pulses the flow of electrons moving from the cathode to the anode.

How to produce electricity from a lemon?

Creating a battery from a lemon is a common project in many science textbooks. Creating one of these devices is not easy to succeed. Batteries are made up of two different metals suspended in an acid solution. The copper and zinc work together with the metals and the citric acid content in a lemon will provide the acid solution. Batteries like these won’t be able to power a motor or power more light bulbs. Only a dim glow can be produced from an LED.

The lemon battery is called a voltaic battery ,

The battery is made of two different metals (the zinc nails and the copper coin). These are called electrodes, which are the parts of a battery that electrical current enters or leaves. The electrodes are placed in a liquid that contains an electrolyte, which is a solution that can conduct electricity. In a solution of water and an electrolyte, such as lemon acid, an excess of electrons collects at one end of the electrodes. At the same time, electrons are lost from the other electrodes.

Touching the electrodes with the tab closes the circuit and allows a small flow of electrical current. A lemon produces only about 7/10ths of the voltage electricity. If you tie two lemons together, you can hold an inexpensive digital clock (uses about 1.5 volts). (Use a length of thin, flexible wire to connect one lemon’s silver wire to the copper of the other lemon. Then attach thin wires to two other wires on the lemons from one battery’s positive and negative poles to connect source.

The image at the top of this page shows a basic lemon battery, a lemon, copper and zinc coated penny.

A big fresh lemon, “juicy” lemon, works best. The strips : are coated with zinc. I used a common 2″ galvanized nail. Coin: Any copper coin will work.

How to produce electricity from water

The lucky few who have a certain flow of water (also limited, as it is typically for irrigation) canals can be used to generate DIY electricity. This energy source is often neglected due to the dense bureaucracy that must be addressed for the installation of a micro-hydro and mini-hydro system.

Micro hydro, all the information

The distinction between  micro, peak and mini hydro . In general, there is a tendency to classify any hydroelectric power of power below 100 kW as a  mini-hydroelectric plant . There are actually three different classifications, but they change from state to state.

Micro hydro:  refers to hydroelectric plants between 5 kW to 100 kW.

Mini Hydro Power : Refers to hydroelectric plants for power between 100 kW to 1000 kW.

Although in both cases the power is produced from a turbine powered by water, a  micro power  plant cannot be compared to a true  hydro power plant . 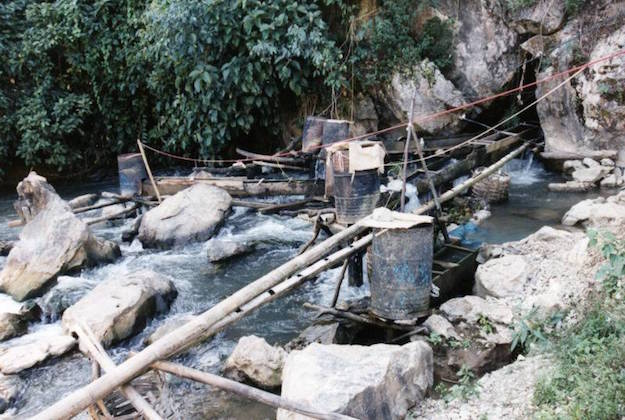 The  microelectric does  not foresee the construction of  dams , since it uses the movement of the water that flows in the natural course: the water that goes down turns the turbine suitable for the generation of electricity.

How does a micro electric system work?

The flowing water moves a turbine, the mechanical energy is  in turn an alternator  that converts this kinetic energy into electrical energy.

With the availability of a stream, a  micro hydro plant  can produce electricity for isolated users. A very convenient system for mountain refuges and for housing solutions, such as isolated farms or hotels that cannot access the national network.

Micro hydroelectric power plants can be installed in different contexts, including in streams or artificial ponds. Electric pico  systems  of size 2-5 kW, have a single turbine placed directly on the water, while  micro hydroelectric  plants need to carry out special feeding channels, filling tanks or diversions with penstock thanks to which a part of the course current is taken to drive the turbine. After operating the turbine, the water is returned to the main plate re-a downstream.

The  costs  for the construction of a micro or pico  hydroelectric plant  vary not only depending on the installed power. As mentioned above, to the  micro hydroelectric plant  one has to realize the civil works (filling channels, tanks, pressure pipes, intake works…) and the cost can vary a lot depending on the conditions in which they are going to be built. In general, the most immediate cost reduction is the most superficial of the generated energy. In a pico hydroelectric plant  3-5 kW of capacity, with the placement of the turbine directly in the water, which has an economic return over time of less than 6 years. For an installed power greater than 10 kW, to match the investment it will be at least another 10 years.

As with other renewable energies (wind, solar thermal and photovoltaic), also in the  Pico hydroelectric  sector there is no shortage of packaged kits. Typically, the kits contain a turbine (the main component of the system), the generator, the inverter (electrical panel) and accumulators for the storage of excess energy produced.

Regarding  the installation requirements  , it is necessary to have a sufficient head of water for the turbine unit. In general, only a drop of even a few meters to produce satisfactory energy. And ‘necessary that the flow of water is constant and not conditioned by seasonality (therefore immune to the  dry summer ). In dry periods the flow rate must have a minimum consistency of 0.5 liters per second. Thanks to the jump and the range can be dimensioned to improve the system and calculate the economic performance.

For the construction of civil structures to  divert water  for the implantation  of micro hydroelectric plants , you will have to request the release of a  subsidy  from the Province (the authorization process is managed entirely by the province to plant  mini  -hydroelectric power of less than 3 MW

If you are considering  producing electricity  for sale, PV is still a good investment. For the sale of photovoltaic solar energy, the solution called  “supply network” is available : in this way, all the photovoltaic energy produced is fed into the national network and will be paid at a cost per kilowatt-hour agreed upon conclusion of the provision contract. .

How to produce electricity for self-consumption

Who has a mountain cabin knows how difficult the electricity supply is far from the national grid. In this context, we can produce electricity with so-called off-grid systems or independently. In particular, electricity can be generated from:

If the housing to satisfy is large, while the surface area exposed to the sun is limited, it is recommended to take advantage of the two clean energy sources. An off-grid PV system is relatively affordable and easy to set up.