WHICH SOLAR PANELS TO CHOOSE

Solar panels monocrystalline or polycrystalline, is our first question when wanting to make a photovoltaic installation, here I will explain the basic differences so that you can choose the photovoltaic solar panels that best suits your needs and budget. 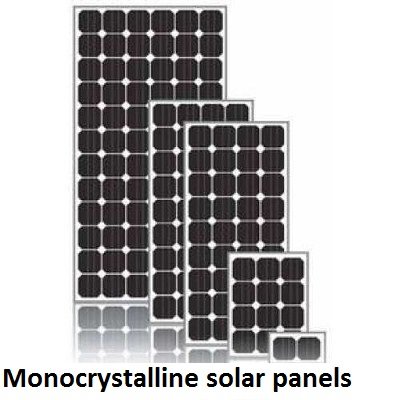 The monocrystalline cells are formed by a single type of silicon crystal, that is, when the crystal has been manufactured, the growth of the silicon crystal itself has been controlled.

This allows it to only form in one direction, achieving a fairly perfect alignment of all the components of the glass and therefore greater energy efficiency in the same space if we compare it with another type of plates.

On the other hand, in polycrystalline solar cells, the growth of the silicon crystal is not controlled, so the crystal grows in all directions creating a set of different crystals joined together. 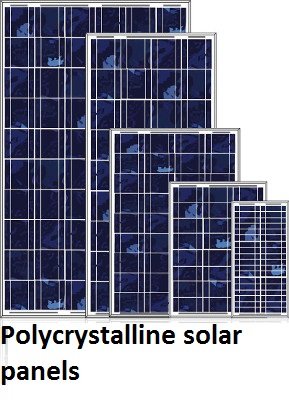 Initially the monocrystalline crystal manufacturing system was a bit more expensive than the polycrystalline crystal, but little by little these differences in both economic cost and performance have been decreasing.

You should also know that the performance specified in the technical sheets of the photovoltaic solar panels is a value obtained in a laboratory at 25ºC and with an insolation of 1,000W / m², and it can be said that it is like a theoretical value to which under normal conditions we will never get there, and that means that a performance of 15% means that a photovoltaic solar panel with a square meter of surface is capable of generating 150W of power in the conditions previously exposed.

How to know the performance of photovoltaic solar panels?

What is the thermal coefficient?

On the other hand in photovoltaic solar panels there is a value called thermal coefficient which must be taken into account when deciding which plate to buy. The thermal coefficient quantifies what affects the temperature to the performance of the solar cells.

Although in cases where it is not too hot, as it may be in the northern part of Spain, these differences are still reduced, and may even be negligible.

In summary, today the differences, are so insignificant and despicable, that I advise you to make the decision of what photovoltaic solar panel to buy.

You have above all the price € / W obtained by the plate that any other thing, as long as it does not prioritize above all to reduce to the maximum the space to use for the plates, since if that were the case you should get the best relation W / m² of panel that could. And for that, yes I advise review above all the value of the percentage of performance of each of the photovoltaic solar panels.

Alternating voltage can be used immediately in your home or business. If an excess of energy is generated, it is supplied to the electrical network.

A  green electricity meter  records the amount of energy your solar energy system produces. An uninterrupted power supply is guaranteed through the connection of the solar panel to the electrical network.

Solar panels are usually placed on the roof, but can also be installed separately, for example, in a garden. All types of roofs are eligible: tiles, slates, corrugated sheets, flat sheets, sandwich panels, etc.

The roof should not be in the shade and should be able to absorb enough sun. Ideally, it should be oriented between the southeast and the southwest, at an angle of 20-60 ° degrees. There are adequate fixing materials for each type of roof.

How does a solar panel work?

A solar panel or photovoltaic panel   (from the English photo voltaic) is a panel that converts solar energy into electricity. A solar panel consists of solar cells or photovoltaic cells that capture sunlight. Solar cells are usually made of silicon. That silicon is made up of several layers. Under the influence of light, an electric current (direct) flows between the layers.
Depending on the type of silicon, the cell converts a larger or smaller part of sunlight into electricity. The solar cells are interconnected and placed in a solar panel.

What type to choose?

The choice between monocrystalline and polycrystalline silicon depends on several parameters. These are some of the benefits of both technologies:

The performance per watt installed (Wp) differs little with monocrystalline or polycrystalline.

In terms of quality and guarantee, mono and polycrystalline panels have an equally good score. The panels of our manufacturers still deliver at least 90% of the yield after 10 years and at least 80% after 25 years. When choosing quality brands   , that number continues to rise.