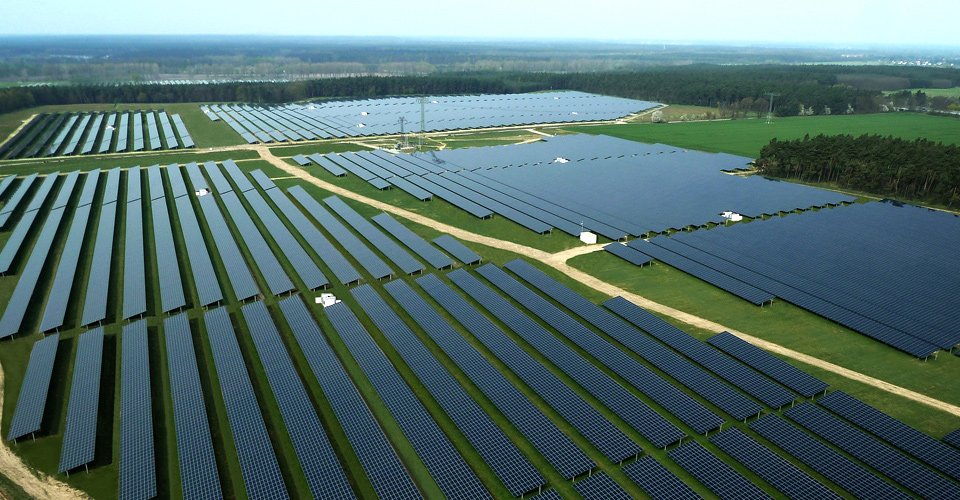 If you are interested in the solar energy and do not have much information about how the photovoltaic energy was born, the stages of its development to the present will give you information about the  solar cells evolution

In theory, solar energy was used by men as early as the seventh century BC. C., when history tells us that human beings used sunlight to light fires with magnifying glass materials. Another of the first uses of solar energy that is still very popular today is the concept of a solarium or patio lights in buildings.

These living rooms used massive windows to direct sunlight into a concentrated area to capture the sun’s heat during the cold winter months.

In the late 1700s and 1800s, researchers and scientists were successful in using sunlight to power ovens during long trips. They also took advantage of the sun’s energy to produce steam-powered boats powered by solar energy.

It is clear that the concept of manipulating the power of the sun has been a common practice throughout history. However, there is some debate about when exactly they were created and who should be accredited for the invention since the development of solar panel technology was iterative and received several contributions from several scientists.

We see here a  timeline  of the discoveries and inventions that led to its creation: 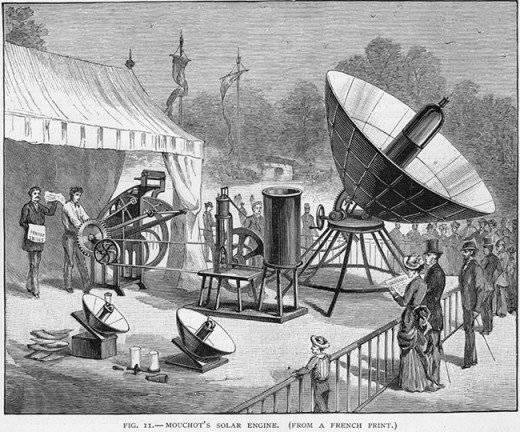 The French scientist Edmond Becquerel determined that light could increase the generation of electricity when two metal electrodes were placed in a conductive solution. This advance was defined as the “photovoltaic effect”.

1873-1876: The photoconductivity of selenium is discovered

In 1873, the English electrical engineer Willoughby Smith discovered that selenium has photoconductive potential, which means that it becomes electrically conductive when it absorbs light.

Three years later, this discovery led William Grylls Adams and Richard Evans Day to the conclusion that selenium creates electricity when exposed to sunlight without heat or moving parts that can be easily decomposed.

This discovery showed that solar energy was easy to harvest and maintain, requiring fewer pieces than other energy sources, such as coal plants.

1883: The first solar cell is created

The New York inventor  Charles Fritts  produced the first solar cells covering selenium with a thin layer of gold, which is why some historians attribute to Fritts the invention of solar cells. This cell reached an energy conversion rate of 1-2%. Most modern solar cells work with an efficiency of 15-20%.

1887: The photoelectric effect is observed

The German physicist Heinrich Hertz first observed the photoelectric effect, in which light is used to release electrons from a solid surface (usually metal) to create energy. Contrary to the expected results,

Hertz found that this process produced more power when exposed to ultraviolet light, rather than more intense visible light. Albert Einstein  later received the Nobel Prize for better explaining the effect. Modern solar cells depend on the photoelectric effect to convert sunlight into energy.

This discovery led to the creation of solar cells capable of powering electrical equipment. In 1956, Western Electric began selling commercial licenses for its silicon photovoltaic technologies, but the prohibitive costs of silicon solar cells prevented its commercialization on a large scale.

Many argue that this event marks the true invention of photovoltaic technology, as it was the first case of a solar technology that could actually power an electrical device for several hours a day. 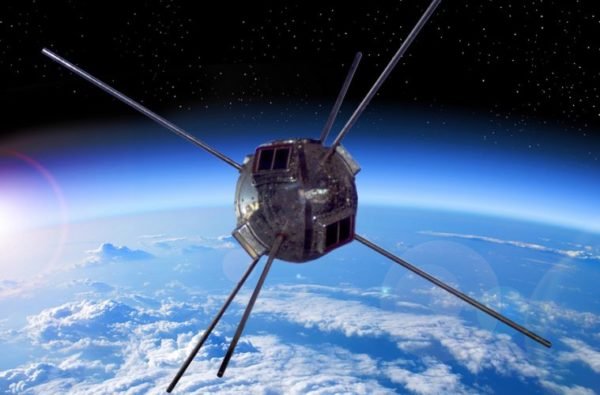 Image of the Vanguard I satellite in orbit

After years of experiments to improve the efficiency and commercialization of solar energy, solar energy gained support when the government used it to power space exploration equipment.

The first satellite powered by solar energy,  Vanguard 1 , has traveled more than 197,000 revolutions around the Earth in the 50 years it has been in orbit. This application paved the way for more research in order to lower costs and increase production.

As oil prices rose in the 1970s, the demand for solar energy increased. Exxon Corporation funded the research to create solar cells made of lower quality silicon and cheaper materials, bringing costs from $ 100 per watt to only $ 20 or $ 40 per watt.

The federal government of the USA also approved several bills and initiatives favorable to solar energy and created the National Renewable Energy Laboratory ( NREL ) in 1977. 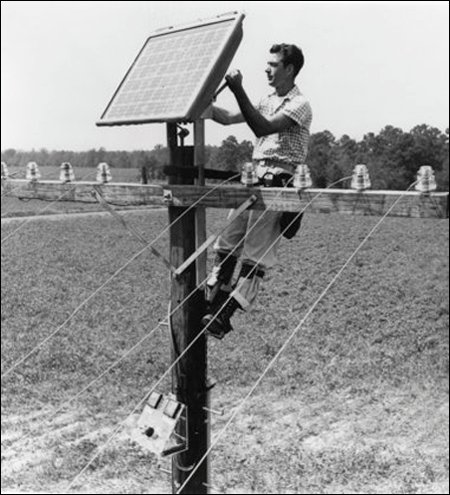 Photovoltaic solar panel from Bells Laboratories used in a first test in 1955 in Americus, Georgia

1982: The first solar parks are created

Arco Solar built the first solar park – basically a solar power plant – in Hesperia, California, in 1982. This park generated 1 megawatt, or 1,000 kilowatts per hour, while operating at full capacity. This could power a 100-kilowatt bulb for 10 hours.

In 1983, Arco Solar built a second solar park in Carrizo Plains, California. At that time, it was the largest collection of solar panels in the world, with 100,000 photovoltaic panels generating 5.2 megawatts at full capacity.

Although these plants fell into disarray with the return of oil to popularity, they demonstrated the potential for commercial solar power production.

Solar research continued to expand into other commercial industries: Thomas Faludy patented in 1995 a retractable awning with integrated solar cells.

In 1994, NREL developed a new solar cell from indium gallium phosphide and gallium arsenide that exceeded 30% conversion efficiency. At the end of the century, the laboratory created thin-film solar cells that converted 32% of the sunlight that it collected into usable energy. 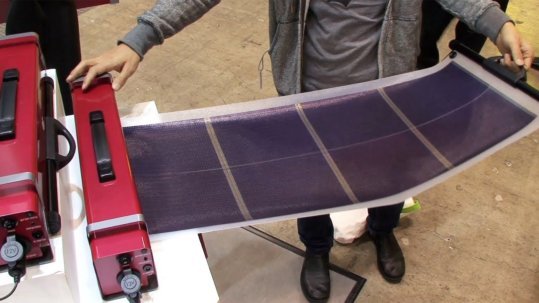 As the technology and efficiency of solar cells were increased, residential solar energy was becoming more popular. DIY solar panels began to reach the market in 2005 and have become more frequent with each new year. Today, there are many ways to make your own solar panels, from assembling a kit of solar panels to planning a solar array.

Even solar cells as thin as paper can now be manufactured with an industrial printer. They have an energy conversion efficiency of 20% and a single strip can produce up to 50 watts per square meter.

This is great news for the 1.3 billion people in developing countries, since the strips are flexible and inexpensive to produce.

A research team from the University of California, Berkeley and the Australian National University discovered new properties of nanomaterials.

One of these properties is called magnetic hyperbolic dispersion, which means that the material shines when heated. If combined with thermophotovoltaic cells, it could convert heat into electricity without the need for sunlight.

In short, solar energy has come a long way in the last 200 years, from observing the properties of light to finding new ways to convert it into energy. But although solar energy has been refined over the years, the base technology is the same.

What has changed is its current competitive cost compared to conventional energy. And what’s better, this technology shows no signs of slowing down – if anything, it is advancing at an unprecedented rate. It is now your turn to decide if solar energy and its benefits are right for you.