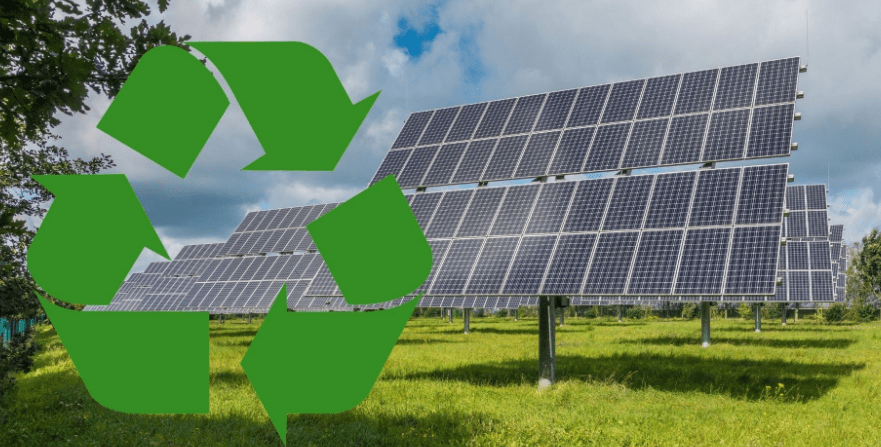 Today, photovoltaic energy is undergoing rapid development. For about 20 years, the number of photovoltaic installations has been constantly increasing; more and more households and companies are using this type of solution. However, photovoltaics, like any technology, is getting old. Therefore, the elimination of photovoltaic panels is an interesting topic for future investors.

How are solar modules removed?

The useful life of solar panels is limited. They can last between 25 and 30 years, after which they must be discarded. After 2025, the photovoltaic panels of the first assembly wave must be phased out. This topic is important because, by definition, photovoltaics must be a green solution. 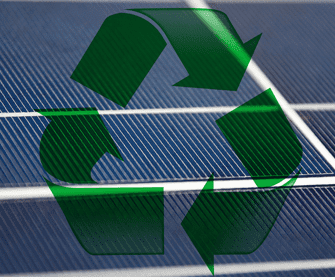 Many people wonder if the recycling of solar panels is possible, I tell you that it is possible to recycle photovoltaic panels. Today, solar panels are treated like any other electronic device.

This is because anyone who wants to get rid of them can do so for free, on the same terms as in the case of the disposal of other electrical waste. Currently, the most common modules in the photovoltaic market are:

However, at this point it is also worth mentioning that many people approach the topic of used solar panels in a very creative way. Used solar panels can be used to make everyday objects, such as a tabletop  [i]  .

First of all, silicon PV modules need to be disassembled and divided into aluminum and glass parts. Glass is a product that can be melted even 90% and then reused. The situation is similar for metal parts. However, the remaining elements are heat treated at a temperature of 500 ° C.

This treatment makes the plastic elements evaporate and the silicon cells remain resistant to high temperatures. Thanks to this, the efficiency of the entire process increases, and the processed plastic is able to cover a large part of the thermal demand of the infrastructure.

It is also worth emphasizing here that up to 80% of silicon cells can be reused. Those in the best condition can be acid etched and then enriched to restore their properties. The remaining silicon cells, on the other hand, are fused to form so-called wafers, which are used to produce new photovoltaic modules.

Thin film module recycling is quite different. With this type of module, the entire element is shredded during recycling. A shredder is used for this purpose, shredding the panel into a 4-5mm fraction. This causes the glass laminate that supports the entire module to break, making it easier to remove. As in the case of silicon modules, like thin film modules, even more than 90% of the glass can be recovered for reuse.

At this stage, there are two materials that need to be further separated:

The separation of these materials is carried out by rotating the solids. Thanks to this treatment, the liquid metal flows into a special container. Then the separated materials are cleaned and further processed.

Who should deal with solar panel recycling?

The process of using solar panels described above is not used. Why? In most countries, there are no regulations that explicitly regulate the recycling of photovoltaic devices. European Union law only recommends that the costs of recycling photovoltaic devices be charged to the producers. So the question arises: who should recycle solar panels, manufacturers or specialized companies?

There are factories on the market that specialize in removing electrical waste. These companies are responsible for the treatment of various types of electrical waste, including photovoltaic panels, and it is there that these devices pass, among others, the recycling process.

Many companies that produce photovoltaic panels are also interested in recycling. They are working heavily to reduce the costs of the process to make it more economical.

What is happening to damaged photovoltaic panels today?

The next questions to consider when it comes to recycling solar panels are:

In the case of damaged solar panels, the situation is simple and very beneficial for its users, the guarantee of their performance is 25-30 years, so the panels are returned to the manufacturer, who replaces them with other operational ones. Most of the modules available on the Polish market were developed in the last 3-4 years, so they are still subject to replacement and will be subject to replacement for many years.

In the coming years, we will be dealing with the removal of all these panels that were installed on the wave of the growing popularity of photovoltaics. However, the projects being carried out today are capable of coping with this task.