Solar technology advances by leaps and bounds, every year solar panels are manufactured more and more efficient in converting solar rays into electricity.

Solar panels of the future

PERC (Passivated Emitter Rear Cell) , is the process that adds an additional layer on the back of the solar panel that reflects part of the photons that manage to pass through the cell back into the cell, increasing overall efficiency.

Jinko Solar recently broke the efficiency record with 22.04% recorded by a standard polycrystalline solar panel.  The technology was invented by the manufacturer Q cells but they gave it the name Q.antum for their solar panels. PERC technology has been around for several years and is advancing rapidly with major manufacturers at the forefront of the new generation of solar panels.

Another recent innovation is using  solar cells cut in half  and moving the  junction box to the center of the solar panel . Cutting the solar panel into 2 halves with 50% capacity each. The advantages of this method are multiple:

Split modules and Half size cells 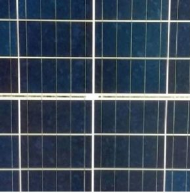 Solar cells have a series of conductive tracks to transport the electrons captured by the cell (the current), towards the other cells and finally outside the solar panel. 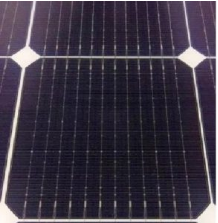 As the efficiency of solar cells has increased, the current generated by them has increased, which has led most manufacturers to  increase the number of conductive tracks from 3 to 4 or even 5 tracks per cell.

The trade-off is that the tracks reduce the cell’s catchment area and minimally reduce performance. But instead multiple conductive tracks provide  less resistance and a shorter path for electrons, greatly increasing performance.

The bifacial solar panel technology has been around for several years but is starting to become popular with the reduction of billing costs for very high efficiency monocrystalline cells required for this type of panel.

Bifacial solar cells  absorb radiation from both sides of the solar panel  and in optimal conditions  can produce up to 30% more  than a traditional solar panel.

Solar cells are encapsulated by glass on the front as well as the rear, providing much more durability than the plastic sheet used in normal panels. The rear glass has much less degradation over time and considerably reduces the risk of panel failure, with which some manufacturers have increased the  production guarantee up to 30 years .

Traditionally, bifacial solar panels were used only in installations where solar radiation could easily be reflected on the surrounding surface, such as in snowy areas or extreme latitudes. Although it is proven yields of more than 10% in installations on dirt floors or even on colored roofs.

A new technology that is gradually becoming more popular is the inclusion  of DC optimizers within the solar panel . Optimizers are basically chips that have the ability to divert current (bypass) in case of partial shadows or dirt on cells, 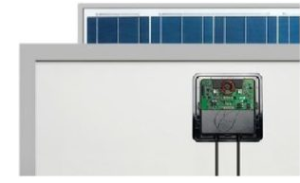 which would otherwise reduce the power of the entire series of solar panels.

Partial shadows and dirt can generate hot spots (ho spots) over time, consequently reducing the life of the solar panel.

External optimizers from companies like Tigo  and  SolarEdge have been on the market for several years  , but now some manufacturers are developing solar panels with optimizers built into the solar panel junction box. Tigo energy TS4 optimizers are integrated into Jinko  and Trina Solar’s Smartpanels solar panels

At  Monsolar.com we  only sell solar panels from Tier-1 manufacturers of recognized prestige. With more than 20 years in the sector supplying solar panels and with the guarantee of continuity in the future so that you do not have surprises. Here you can see our catalog of  solar panels