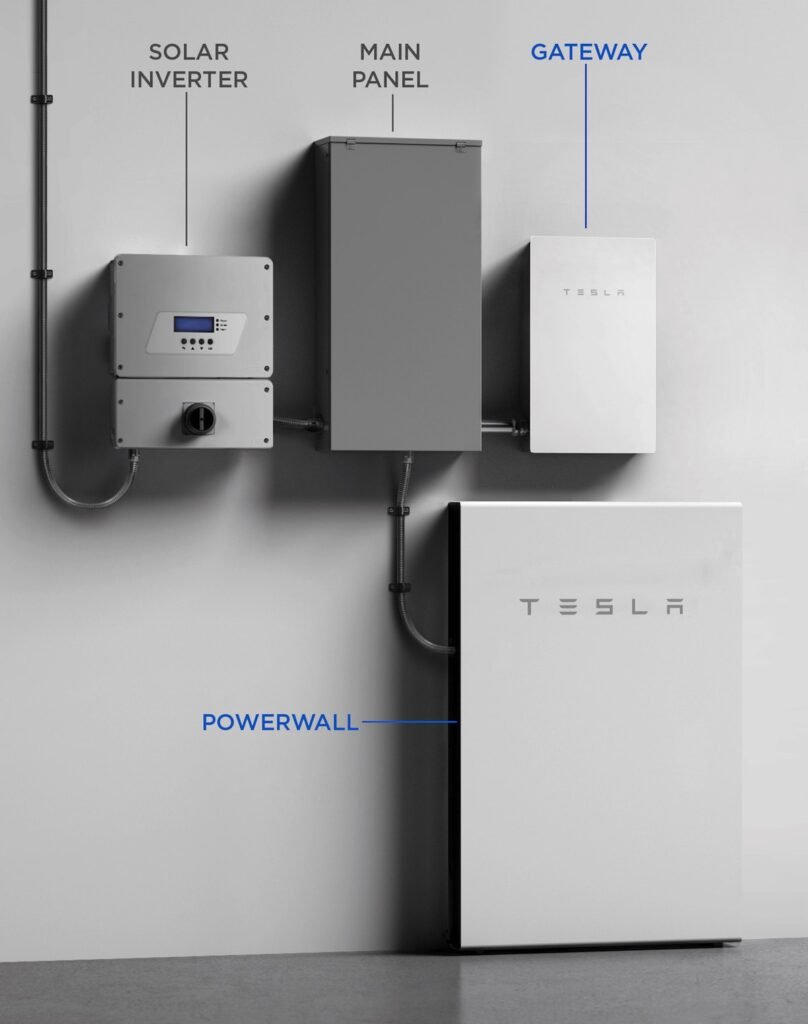 It’s no wonder that the world’s best-selling electric car maker is also one of the top solar energy companies in the US. Tesla’s solar products, such as the Solar Rooftop and Powerwall, have made a name for themselves in the renewable energy sector, and in this article we will analyze if they are really worth it.

Tesla has sought to become one of the leading rooftop solar companies in the United States.

These efforts began in 2016 when Tesla acquired the SolarCity company . At the time, SolarCity was the nation’s leading residential solar installer, coincidentally founded by the cousins ​​of Tesla CEO Elon Musk.

Since then, many other solar manufacturers have entered the residential solar market with a vengeance, and some of those leaders, such as Sunrun and Vivint Solar, have battled Tesla for market leadership. Rankings vary depending on the year, quarter, or even month you look at, though no vendor ends up contributing more than 15% of the market share.

That inherent diversity in the marketplace is a great opportunity for potential customers to shop around for their best option and identify which specific offerings best fit their needs and budget. Not surprisingly, Tesla solar power ranks first for many homes. Specifically, the basic offers for which Tesla Solar has become known are:

The most basic offering, and the one most customers think of when thinking about solar for their home, is Tesla’s standard solar panels. They work the same way as any rooftop solar panel, but the main features that set Tesla Solar Panels apart from competing products are:

As you can tell, Tesla panels are some of the best solar panels on the market today. This leads us to a question: How much do they cost?

How much do Tesla solar panels cost?

Although Tesla is known for its high quality (which can often be quite expensive), the company advertises its solar panel systems as the “cheapest solar panels in America.” Is it a fair statement?

So so. The cost of solar panels depends on a number of factors, such as the size of the system, the complexity of the installation, the local tax incentives available, etc. However, with all these considerations in mind, Tesla tries to ensure that it can actually deliver on the “lowest cost” claim through its price match guarantee. Through this program, owners can submit a recent quote (within 14 days of ordering) from a competitor for a similar system, and Tesla will match the price.

Beyond the conventional photovoltaic solar panels that are associated with home solar energy, Tesla has caused a sensation with its Solar Roof offering. The difference with this system is that instead of installing large-scale panels on top of roof tiles, Tesla uses solar tiles that blend in with the look of your current roof while generating energy to power your home.

This new way of conceiving residential rooftop installations is not just a gimmick. The Tesla solar roof provides a series of advantages that make it more attractive than standard solar panels:

That said, the decision to go for a full solar roof over standard solar panels is not an obvious choice for every home. These installations entail a series of inconveniences that can put customers off:

How much does a Tesla solar roof cost?

One of the best solar batteries on the market. By adding a battery to your home solar system, you can use solar energy even when the sun is not shining (such as at night or on cloudy days), have energy stored in case of a power outage, and even sell excess energy to the grid when energy costs are higher.

How much does a Tesla Powerwall cost?

Although each system will be different, each type of installation will be unique, we found that prices are generally: one Powerwall: $10,500, two Powerwalls: $17,000.