There are two universities in  China,  which have decided to invest in that and, with a team of scientists and spefici studios.

They were creators of the particular  Solar panels that work at night  , solar panels that are capable of producing energy even in special conditions, such as during the day with rainy weather, fog, and, as we have said, in the evening hours.

Solar panels that work at night

So far everything that was not considered possible, but with the new materials used increases the ability to capture certain wavelengths of the light spectrum that were not accessible.

The purpose of this study, said Professor Qunwei, is to increase the photoelectric conversion of light coming directly from the sun, in order to capture a greater amount of energy and exploit the stock when it is most useful to us.

With this system you could then ensure the power supply for 24 hours.

The two universities involved are the Oceanic University of China and the Normal University of Yunnan. Together they created a particular type of solar cell that is composed of  phosphorus  characterized by a long persistence (LPP).

How does this material work?

Simple: the phosphor captures the energy of the sun during the day and then it is released at night.

The light emitted when it is dark is monochromatic and absorbed. The conversion then takes place in  eletric energy  .

Undoubtedly, this innovation represents a great step forward in the field of photovoltaic energy, because it is clear that having a higher energy consumption available, productivity itself increases and reduces energy costs.

In China, then this has a more special meaning, given the high number of photovoltaic systems present in the territory.

With this type of solar panels   the energy saving  will be considerable and the almost total absence of waste could revolutionize the use of these instruments.

Does photovoltaics also work at night? No, photovoltaic solar panels do not produce electricity in the absence of sunlight.

On cloudy days and during night hours, the house equipped with photovoltaic systems must still use electricity from the grid.

Solar panels even at night? Here is how they do it

The national laboratory of Idaho, in a study by Steven Novack, has created a prototype  solar panel  that can work even in the absence of light and, therefore, even at night  .

Even in the dark, in fact, the sun transmits the infrared rays that reach our planet: this energy is absorbed by the earth, which consequently generates heat.

The infrared ones are released again, but a part is repelled by the clouds, which radiate them back to earth. 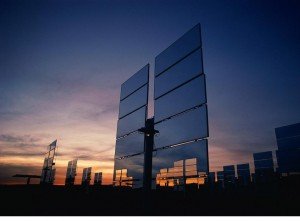 Taking advantage of this cycle of energy “from and to the atmosphere”, Novack has developed a system of microscopic antennas, capable of collecting infrared rays and transporting them to solar panels.

The first data speak of an  infrared absorption of  more than 80% by micro-antennas.

This invention finds its weak point in the commercialization of the project, given the high costs of fine-tuning every detail and, above all, to begin a complete testing phase, but could open the doors to the generation of energy 24 hours a day, maximizing All resources available for science and man.

The device is capable of generating energy with rain, fog and even at night.
“The objective is to increase the conversion efficiency of direct light until there is more again, generating enough energy in low light conditions such as rain, fog, fog or at night,” explained the researcher.

New technology
One of the main advances in the field of solar panels was the use of a product known as LLP (for its acronym in English), which would be  “long-lasting phosphorus” . This material allows the absorption of energy during the day so that it can be collected throughout the night.

“Only partially visible light can be absorbed and converted into electricity, but the LPP can store solar energy from unabsorbed light and near infrared,” said Professor Tang of Oceanic University of China. These discoveries have already been published in scientific magazines of the United States and Europe. It is estimated that this could significantly reduce the costs of solar energy. It should be borne in mind that most of the energy that China  currently consumes  comes from fossil fuels (oil and coal). That is why in recent years he has been investing a lot of research budget for the improvement of his solar power plants.