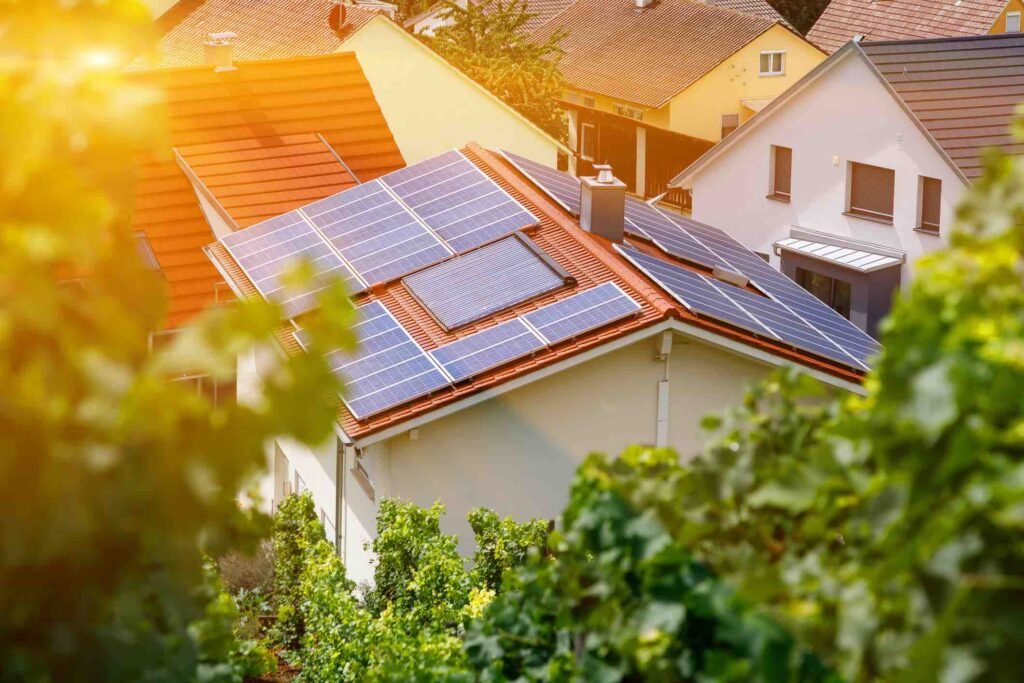 Este articulo lo dedicamos a explicar Solar photovoltaic and solar thermal, what’s the difference. If solar photovoltaic systems use the sun’s rays to produce electricity, thermal solar panels use them to heat the water in our homes. Here’s how they work and why they pay off.It is ecological, free, democratic and inexhaustible. For all these reasons, sunlight is a very valuable source of energy. To make the most of it, we know that there are increasingly cheaper and more widespread systems.

In particular we are talking about photovoltaics and solar thermal: two different and complementary technologies, which allow you to self-produce your own electricity and heat the water in your systems, both at home and for large industrial structures. We have already seen in detail how photovoltaic solar panels work, which through the cells convert sunlight into electricity, ready (thanks to the passage inside an inverter) to power the electrical systems of our buildings. Now let’s see how thermal solar panels work and what differences there are between the two.

Thermal solar panels, what they are used for and how they work

The solar thermal  panel (whose technical name is  solar collector ) is a system that allows us to produce hot water from a renewable and clean energy source  , such as the sun,  eliminating CO2 emissions  (from traditional systems) and reducing our energy expenditure is also sensitive (in general an annual saving of 60-80% is estimated).

This hot water produced can be used for daily sanitary needs (water in bathrooms and kitchens), as an integration to space heating, and, again, for solar cooling or solar cooling , which through the use of a machine refrigeration is able to produce chilled water.

The solar thermal panel is designed to ensure a high degree of solar energy absorption, is thermally insulated so as not to disperse the energy just absorbed and exploits the “greenhouse effect”, thanks to a transparent casing, to heat a heat transfer fluid (for example example water and antifreeze).

Through a heat exchanger (a coil), this fluid heats the sanitary water and / or that of the heating system, reaching temperatures ranging from 45 ° C / 70 ° C for domestic systems and 100 ° C / 250 ° C for industrial plants. Finally, the water not immediately used is stored in an accumulation tank, for later use. 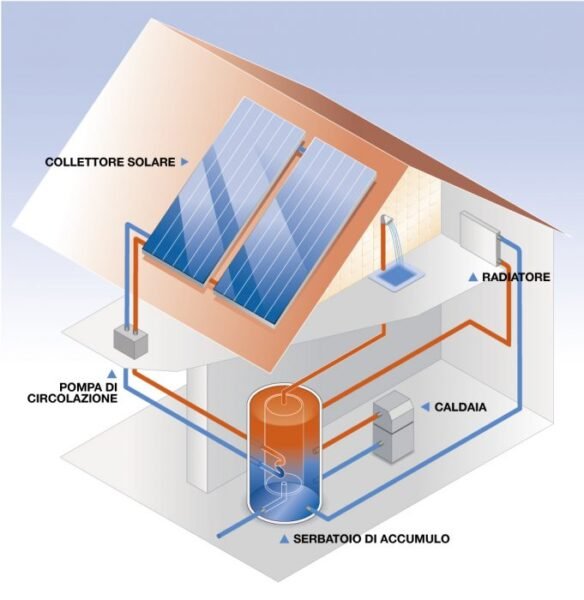 We know that for the installation of photovoltaic systems there are economic advantages and tax deductions, since, falling within the scope of building renovation interventions, it is possible to deduct 50% of the construction costs from the income tax (see guide of the Agenzia delle Revenue). Similarly, as explained in detail on the GSE website , incentives are also provided for those who invest in energy efficiency and the production of thermal energy in their homes. A strategy that rewards anyone who undertakes to “actively contribute to the energy transition and sustainable development of the country, promoting the development of renewable sources”.

In the case of installation of a solar thermal system is provided for the Account Thermal , which “promotes interventions for the ‘ increase  of’ energy efficiency  and the  production of thermal energy  from renewable sources for small plants.”

This means that it is possible to redevelop one’s buildings to improve their energy performance, reducing consumption costs and quickly recovering part of the costs incurred. The GSE explains in detail which subjects (public administrations and private individuals) this incentive is aimed at.

After briefly explaining what solar thermal technology consists of and why it is convenient both from an environmental and economic point of view, let’s summarize the substantial differences with solar photovoltaics .