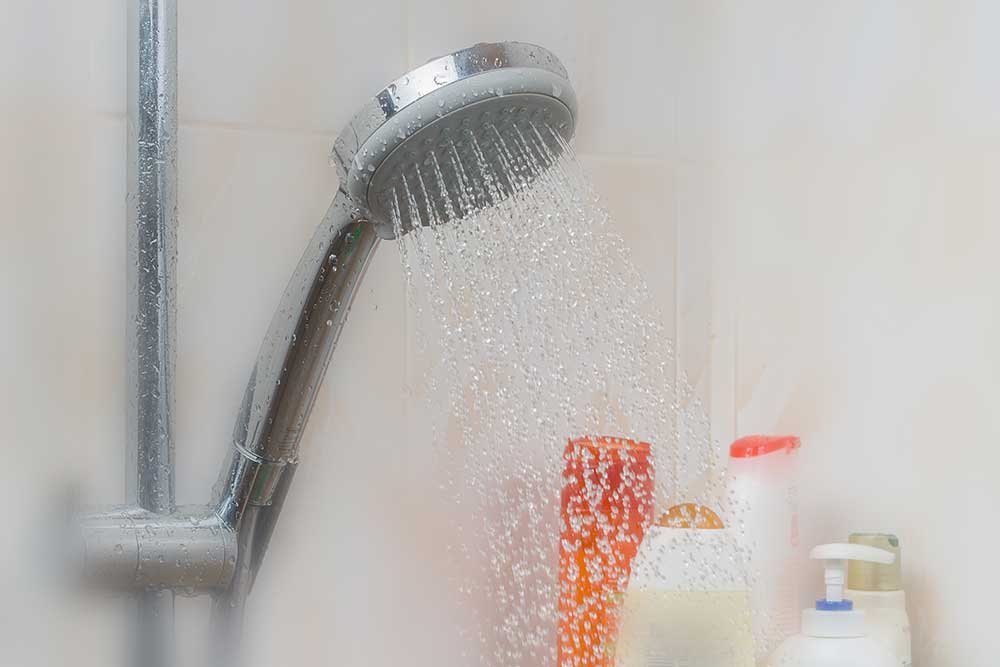 The SOLAR THERMAL ENERGY IN THE HOME TO WARM WATER is an excellent option to save money on your energy facturs.

SOLAR THERMAL ENERGY IN THE HOME TO HEAT WATER

¿ What is solar thermal energy ?

The  solar thermal  or solar thermal is one that uses the energy of sunlight to generate heat in a clean and environmentally friendly.

Unlike other technologies, the energy has to be used at the time of his generation, solar thermal technology is a  renewable  storage capacity, capable of providing  electric ity  network even hours without sunlight. 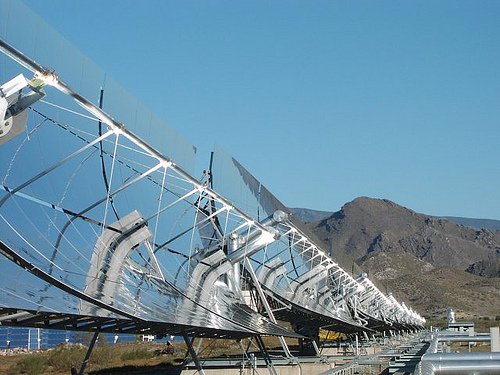 There are  two systems to produce electricity  by solar thermal energy: high concentration and low concentration.

The low concentration system , the most commercially widespread, uses some light collectors installed on the roofs of houses, with which it is possible to cover the basic needs of a home, such as heating water or heating rooms.

These parabolic systems operate  at temperatures between 100 and 400ºC . The thermal energy coming from the solar rays reaches the collectors, heating the fluid circulating inside them (water with antifreeze).

This energy in the form of hot water reaches another circuit where it accumulates in a tank until it can be used.

¿ What are the applications ?

Between his  applications stand out: the  sanitary hot water , the heating by radiant floor, the climatización of swimming pools, refrigeration and hot water for industrial processes, among others.

The sun’s energy, the most abundant on Earth,  is renewable, inexhaustible and clean,  and contributes to the reduction of CO2 emissions and other greenhouse gases.

According to the Institute for the Diversification and Saving of Energy (IDAE), a single-family house can avoid 1.5 tons of carbon dioxide (CO2) per year using this type of clean energy and replacing the electricity consumption.

Another example: a hotel with capacity for 400 people can avoid up to 128 tons of CO2 per year with these systems.

When we talk about high concentration systems  ,  we refer to large thermoelectric solar plants. The operation of a thermosolar plant is similar to that of a thermal power plant, but with the difference that instead of using coal or gas, it uses the energy of the sun.

The sun’s rays are concentrated by curved mirrors or parabolic discs in a receiver that reaches temperatures of up to 1,000 ºC. This heat is used to heat a fluid and generate steam, which moves a turbine and produces electricity.

Unlike other countries, Spain has the advantage of receiving a large amount of solar radiation a year, especially in the southern half. This means that our country can become a great exporter of green energy in the future.

According to data from Protermo Solar, in addition to the plants that are already operational, by 2013 it is expected that some 60 plants will be in operation, which together will have around 2,500 MW of installed capacity. Check  the map of the Thermoelectric Solar Industry  in Spain.

Where can we use thermal solar energy?

Solar thermal energy can be used to heat the water. It is a more sustainable option than another type of installation, since this energy comes from the sun. In addition, these systems can be installed in all types of residential buildings, both community and single-family homes.

According to the Potential report  on Solar Thermal Energy in Europe , the demand for heating and cooling accounts for 49% of the energy demand in the EU. “Only three sources of renewable energy (biomass, geothermal and solar) generate heat, so it is crucial to clarify how these different sectors can contribute to renewable energy objectives,” they say.

It should be remembered that recently the government has approved a new legal framework that seeks to promote the use of renewable energy in all areas. In addition, there are subsidies in several administrations to favor the use of these systems.

¿ How does thermal solar energy work?

A solar thermal installation accumulates the heat of the sun collected by panels called collectors.

This energy is transmitted both to heat the running water, and to use it as a heating system through radiators or underfloor heating.

This heat is sent without producing electricity (something that does happen with photovoltaic panels, which do generate electricity). 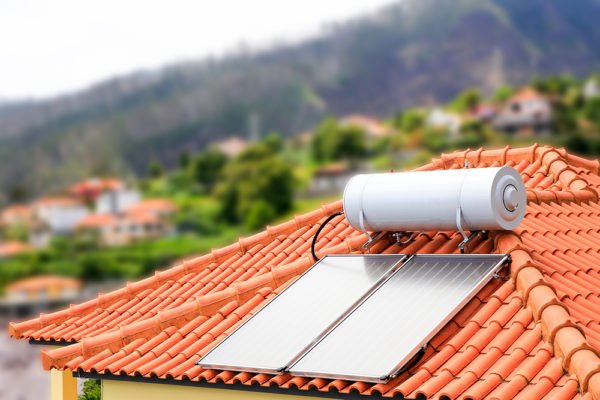 A solar thermal installation involves the installation of solar collectors on the facade or on the roof of the building.

For its application in sanitary hot water (DHW) it is necessary that this heat is transmitted to the drinking water through an exchanger. Generally this heat remains accumulated in a tank prepared for later use.

Once we have hot water thanks to the thermal energy system, we can use it to heat water or power the heating system.