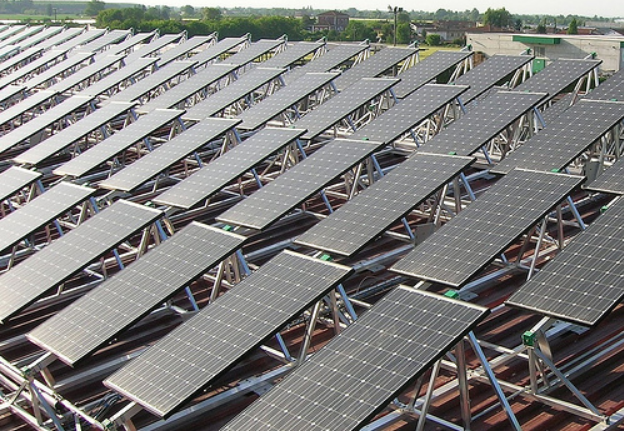 The solar panels for maximum efficiency must always be oriented with the correct angle to the sun, but the movement of the earth makes this angle has to vary constantly, to correct this created the solar tracker.

SOLAR TRACKER: WHAT THEY ARE AND HOW TO CHOOSE THEM

Next we will talk about solar trackers, what they are, how they work and how to choose them

What is a solar tracker?

The  solar tracker  is a very particular type of photovoltaic system that allows it to capture the sun’s rays thanks to its regular movement that rotates continuously, moving in the direction of the sunrise and the path of the sun. This  solar tracker kit  is based on photovoltaic panels that are not fixed. Solar panels are placed on an axis that can be operated, causing them to move to follow the direction of the sun’s rays.

So it is a very useful system, because it is more capable of capturing the sun’s energy to transform it into electrical current to be used in our home. From this aspect we can already see how it is especially useful. But let’s find out more about its features and also see how much it costs  , depending on the model that best suits our needs.

Solar trackers are used to increase the energy production of solar panels and solar receivers. The solar tracker is a device that follows the movement of the sun as it rotates from east to west every day.

Solar trackers are used to maintain solar / solar collectors. panels facing directly toward the sun as it moves across the sky each day.

The use of solar trackers increases the amount of solar energy that the solar energy collector receives and improves the energy production of the heat / electricity that is generated.

WHAT TYPES OF SOLAR TRACKERS ARE THERE?

There are two types of  solar trackers  ,  uniaxial and biaxial,  which are classified according to:

Single axis solar trackers  have a high performance in generating electricity compared to a traditional fixed photovoltaic system, estimated at 15-30%; they track solar radiation rotating around an axis and according to their own orientation they are classified into: 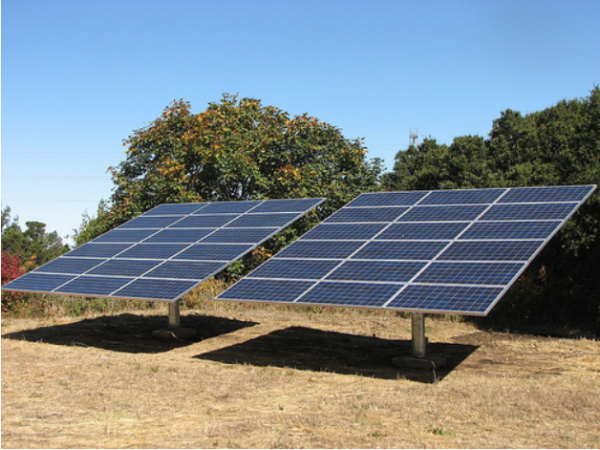 Solar tracker on one axis

Biaxial photovoltaic trackers  guarantee an increase in electricity production by up to 40% and, compared to the monoaxial type, they have two axes of rotation, perpendicular to each other, which move in relation to the movement of the sun over the celestial dome, a through a computerized control. Depending on the different orientation, biaxial solar trackers are classified into:

What are active and passive solar trackers?

A solar tracker is active or passive depending on the movement mechanism used to orient itself towards the sun.
Active solar trackers  are equipped with an electric motor with gear reduction devices that allow a slight movement of the photovoltaic panel, not continuously, but only when necessary, since they consume electricity.

Based on electronic motion control, active trackers are divided into:

Passive trackers  do not need electricity to orient themselves towards solar radiation, but instead move through autonomous physical phenomena, such as the thermal expansion of a compressed fluid gas heated by the sun that, by producing hydraulic pressure, moves the structure that supports the solar radiation. solar modules.

How to choose solar trackers

Today there is much more awareness than in the past of how important it is to resort to the use of clean energy sources, so as not to pollute the environment and at the same time have the opportunity to  save  . That is why the solar tracker is really  convenient  , for all those who choose to take advantage of the energy provided by the sun’s rays.

Depending on individual needs, different types of trackers can be more or less convenient and advantageous. For example, uniaxials are ideal for saving on production and installation costs, azimuth uniaxials are especially suitable for high latitudes. Two-axis trackers have higher costs, but they are exactly what we do if we want to build a small residential system.

If we go for polar axis devices, we will have the most productive types available, but we must be careful not to expose them too much to the sun, because they could risk instability. Azimuth trackers need large spaces to be installed to avoid shady areas. Incline trackers, on the other hand, can be defined as the cheapest types on the market.

How does a solar tracker work?

A solar tracker directs solar panels or modules towards the sun. These devices change their orientation throughout the day to follow the path of the sun and maximize energy capture.

In photovoltaic systems, solar trackers help to minimize the angle of incidence (the angle that a beam of light makes with a line perpendicular to the surface) between the incoming light and the panel, thereby increasing the amount of energy produced by the installation.

The single axis solar tracker rotates on one axis moving back and forth in only one direction. The different types of single axis trackers include horizontal, vertical, inclined and polar aligned, which rotate as the names imply.

How to install a solar tracker or tracker

The solar trackers dual axis continuously look at the sun that can move in two different directions. Types include tip-tilt and azimuth-altitude.

Dual-axis tracking is generally used to orient a mirror and redirect sunlight along a fixed axis toward a stationary receiver. Because these trackers follow the sun vertically and horizontally, they help obtain maximum solar power generation.

There are also several methods of driving solar trackers. Passive trackers move from a fluid of compressed gas propelled to one side or the other.

Motors and gear trains direct active solar trackers by means of a controller that responds to the direction of the sun. Finally, a time tracker counters the rotation of the Earth by spinning in the opposite direction.

The selection of a solar tracker depends on the size of the system, electricity rates, land limitations, government incentives, latitude, and weather.

Large-scale and large-scale projects typically use horizontal single-axis solar trackers, while dual-axis trackers are primarily used in smaller residential applications and locations with high government power rates. Vertical axis trackers are suitable for high latitudes due to their fixed or adjustable angles.

Using solar trackers can increase electricity production by around a third, with some claiming as much as 40% in some regions, compared to modules at a fixed angle.

In any solar application, conversion efficiency improves when modules are continuously adjusted to the optimum angle as the sun passes through the sky.

Since improved efficiency means better performance, the use of trackers can make a big difference to a large plant’s revenue. This is why utility-scale solar installations are increasingly mounted on tracking systems.

However, there are some downsides to solar trackers. Adding a solar tracking system means adding more equipment, moving parts, and gears, which will require regular maintenance and repair or replacement of broken parts.

Also, if the solar tracking system breaks down when the solar panels are at an extreme angle, the loss of production until the system is operational again can be substantial. A solar tracker is also more prone to storm damage than actual panels.

There may also be a problem with warranties. A fixed solar system that will last 30 years usually comes with a 25-year power performance guarantee. But a solar tracked system only comes with a 5-10 year warranty.

What type of solar tracker is more economical? 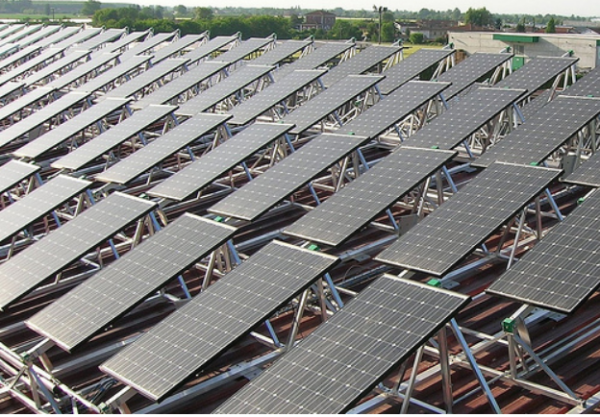