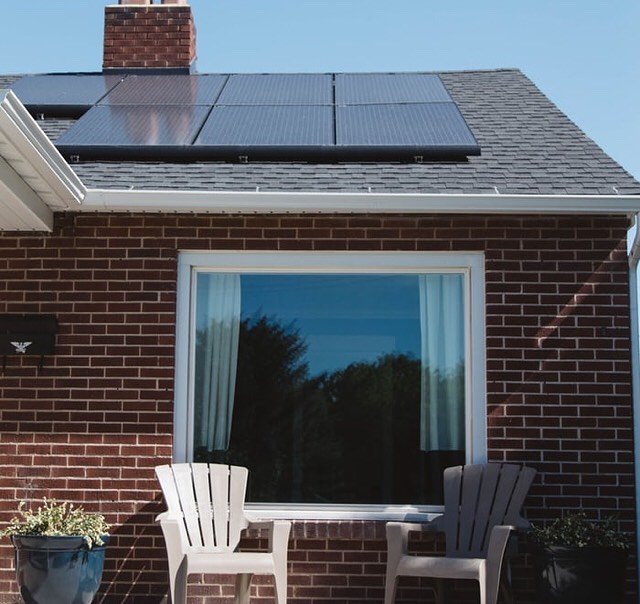 Many people have the wrong belief that the hotter it is, the more electricity the solar panels will produce. This is not so true, it is generally the opposite when the temperature increases above 25º the efficiency decreases.

The influence of temperature on the efficiency of photovoltaic panels

We often find the claim that photovoltaic energy is a good solution, but only in countries where the climate is warm and the sun shines almost all year round like Spain. But is there a problem with the temperature?

From a Kowalski potential point of view, this seems pretty obvious, because photovoltaic panels generate electricity under the influence of sunlight. The sunnier the days, the more electricity the photovoltaic modules can generate. And we associate solar energy with high air temperatures and, therefore, with the greater efficiency of our photovoltaic cells. The truth is slightly different.

Photovoltaic modules are made of silicon, a semiconductor material that changes its properties as the ambient temperature changes:

These conditions have a direct effect on the efficiency of light absorption and therefore the amount of electricity produced, depending on the season and the outside temperature.

Manufacturers of photovoltaic cells take into account many of the atmospheric factors on our planet that can have a direct impact on the operation of these systems. Therefore, photovoltaic solar panels standard work in the range of  -40 ° C to + 85 ° C . Thanks to this, they work without problems both in the northern regions of our planet, and in hot and dry climates such as the Sahara. However, depending on the ambient temperature, its efficiency will vary greatly.

High outdoor temperatures have a direct impact on the temperature of the pvc panels themselves. Under the influence of strong sunlight and high ambient temperature, the semiconductor (silicon) heats up, causing a voltage drop across the modules and thus the amount of energy generated. Therefore, the higher the air temperature, the lower its efficiency.

Did you know that by 2030 electricity prices will double?

In summer, photovoltaic panels give more electricity because they have much more light available, but in autumn and winter, they take better advantage of this less amount of light due to the lower temperature.

The factor that favors their work both in spring-summer and autumn-winter is the wind, which also cools the silicon modules and affects their high efficiency.

The main parameter of photovoltaic panels is their nominal power expressed in Wp (Peak Watts). Nominal power is determined based on specific operating conditions, which are indicated by the NOCT parameter.

Power under NOCT conditions helps to understand how panels work at normal temperatures. However, it is worth remembering that the average annual insolation in Spain is 1800 W / m2, not 800.

This value is called the STC (Standard test cell) indicator and determines the optimal working conditions of the photovoltaic panels and, therefore, their maximum power. After exceeding the temperature of a photovoltaic cell of 25 ° C (STC), the efficiency decreases and, at the NOCT temperature, its power can be 5% to 10% lower than the maximum.

Therefore, when selecting panels, it is very important to choose those with the lowest coefficient of temperature loss Pmax, which determines the resistance of a photovoltaic cell to temperature.

Another thing is that large temperature differences between day and night can physically damage a photovoltaic module. The resistance of the panels to temperature changes is tested in PVEL laboratories.

The REC330NP panel from REC Group has:

The heating temperature under NOCT conditions is 44 ° C, and its temperature loss rate is 0.35% / ° C. Taking into account that the panel in STC conditions, with a temperature of 25 ° C has the highest efficiency, we can calculate the difference between the NOCT temperature and the STC temperature, that is, 0.35% / ° C:

Subtracting it from the optimum value (STC), that is, 100% – 6.65% = 93.35% – the value of resistance to temperature of the photovoltaic cell is obtained under normal conditions of use. Which in this particular case is a good result.

Currently, in the photovoltaic market we have a wide selection of photovoltaic panels, whose resistance to temperature varies around 90%.