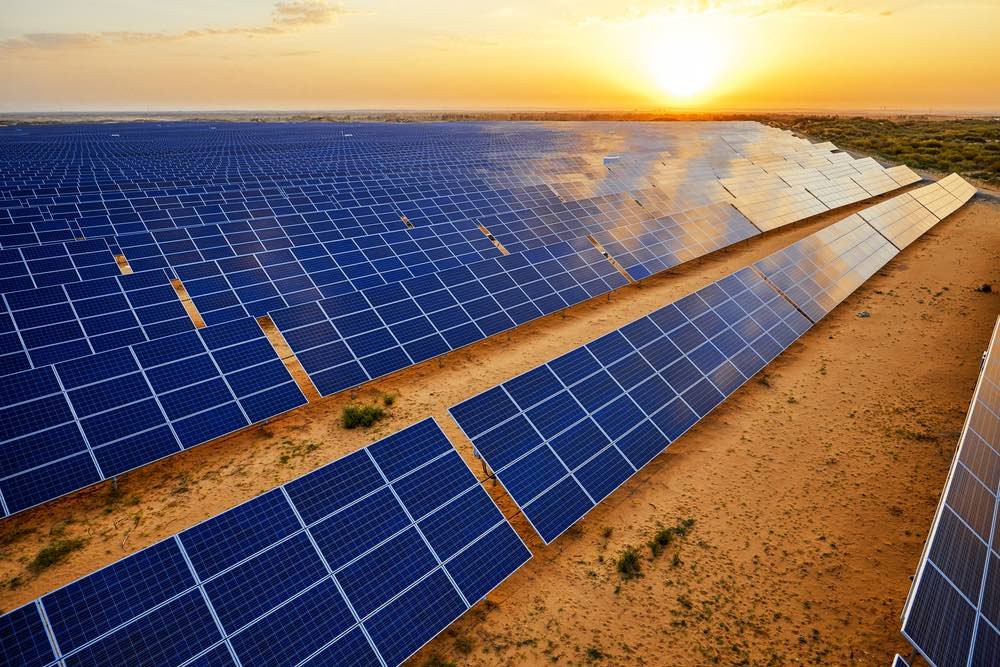 Non-renewable energy such as oil, coal will soon run out and therefore we need new sources to generate electricity to meet global energy demand, one of the alternatives is solar energy and what better place than the Sahara desert to get it .

1.2% of the Sahara desert can meet the world’s energy needs through  solar energy . Liquid fuel needs could be met through hydrogen.

In 2015, the total global energy demand was  17.3 TW of continuous power during the year . Simply cover an area of ​​land of 335 kilometers by 335 kilometers with solar panels to cover a demand of more than 17.4 TW of power.

1.2% of the Sahara desert can meet the world’s energy needs through solar energy. Infinite extensions of land with perfect conditions to produce solar energy on a large scale. In fact,  the world’s largest projects are developed in the area .

The needs of  liquid fuels can be met through the hydrogen  produced by the electrolysis of water, produced with solar energy. It can be transported in oil tankers, through pipes or batteries.

There are other alternatives to generate 17.3 TW of energy. One of them is  nuclear energy . However, it has great disadvantages and problems regarding solar energy.

For every watt of electricity a nuclear reactor produces, 2 watts are wasted . The hot water generated by the reactors is destructive to oceans and rivers.

The production of solar panels is also not 100% friendly to the environment. It requires the use of hazardous chemicals and generates waste that requires recycling. For example,   silicon tetrachloride is a byproduct  that needs special handling.

The manufacture of solar panels with thin layers is currently being developed. This new proposal uses less energy and materials.

Despite its disadvantages, it is still easier to handle the waste generated by solar energy compared to nuclear energy.

Another aspect to take into account is the relationship with suppliers. China is the main manufacturer and its participation is essential to reduce the cost of a project of this magnitude in order to grant the proposal viability.

Improvements to the desert ecosystem.

The installation of the plant  would prevent the current erosion of the desert . The shadow of the panels diminishes the sandstorms that pollute the air and occur precisely due to erosive processes. Solar and wind energy  could help make the Sahara greener .

If you liked this article, share it with your friends on social networks Thank you!