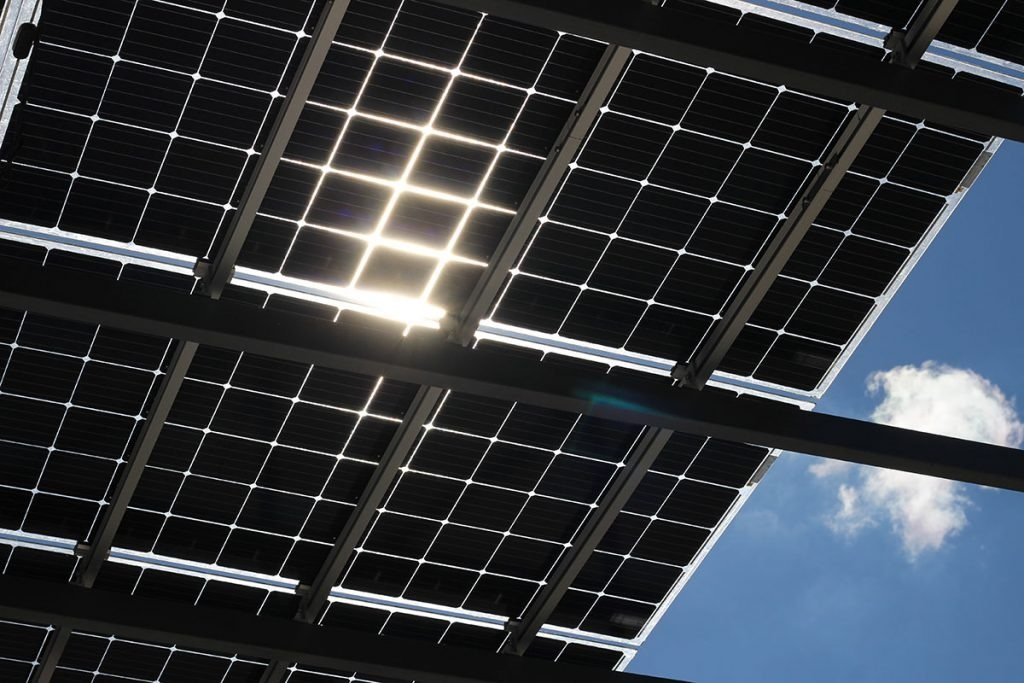 The world evolves and with it the photovoltaic industry, which proposes one of the best options to save on electricity at this time when the price of electricity is skyrocketing. In addition, we must count on the fact that it directly helps to preserve the environment, since it is a clean and totally renewable energy.

There are several types of photovoltaic solar panels to use, so we must take into account some relevant aspects, such as thedifferences between monocrystalline and polycrystalline silicon.

Types of solar panels depending on their technology

Solar panels can be classified into three different categories, well differentiated from each other and grouped by type of technology that they own:

Main differences between the types of photovoltaic solar panels

A polycrystalline panel will provide increased benefits in high temperature situations unlike, in this case, a monocrystalline panel. However, its structure means that its efficiency is lower than that of monocrystalline panels, the latter having percentages that range between 17% and 23%. For their part, thin-film solar panels have the lowest efficiency percentage (between 10% and 13%), so we will have to use a greater number of them to generate more electricity.

Regarding its manufacture, polycrystalline plates are generated using a seed crystal in fused silica, cooling the tank and giving rise to the formation of crystals. Monocrystalline panels, on the other hand, are manufactured like polycrystalline panels, but the tank is cooled (instead of extracting the seed) and the silicon that surrounds it creates the glass, which is later cut and used for solar cells. Thin-film solar panels are produced by depositing a thin layer of a photovoltaic substance, such as glass, on a solid material.

As for the price differences and by way of summary, the polycrystalline ones have a lower cost, but consequently, a lower efficiency and a not very attractive aesthetic. The cost of monocrystalline is higher, but with it they bring greater performance and a much more pleasant aesthetic. Finally, thin-film plates also have acceptable aesthetics, but their life expectancy and efficiency are well below the rest of the categories.

Types of solar panels depending on solar capture

We can also make a distinction between photovoltaic solar panels depending on whether they have one or two sides when it comes to capturing sunlight. Within this section, we identify two types:

The second category is having a notable impact in recent years, something that is due to the great difference in efficiency and effectiveness with respect to its closest competitor.

What is the best type of panel for a home?

Having seen in detail the characteristics of each type and the differences between them, we can conclude that polycrystalline panels are the option to choose if the budget for their implementation is small. However, if we focus on efficiency and aesthetics, there is no doubt that panels monocrystalline overwhelmingly lead the market.

In any of the cases, thin-film solar panels are usually discarded, since they do not end up generating the amounts of electricity sought, in addition to the space requirements that their installation entails. When choosing the panel that we are going to install in our home, we must take into account, in the first instance, our energy needs. For this reason, it is vital to carry out a reflection task that allows us to identify our shortcomings, in order to choose the category that can correct them in the best possible way.

Similarly, it is important to analyze the geographical location of our home and determine if this can influence in order to obtain the expected performance, since places with few sunny days have more problems to produce solar energy. This is a complex subject, so seek professional advice if you don’t have the knowledge to make decisions.

Having seen the features and types of photovoltaic solar panels All that remains is to invite you to visualize solar panels as an option for the present and future, taking advantage of their notable advantages and contributing a grain of sand to the energy transition that the planet needs. In the same way, we must take into account our economic capacity and energy needs to make a better decision.