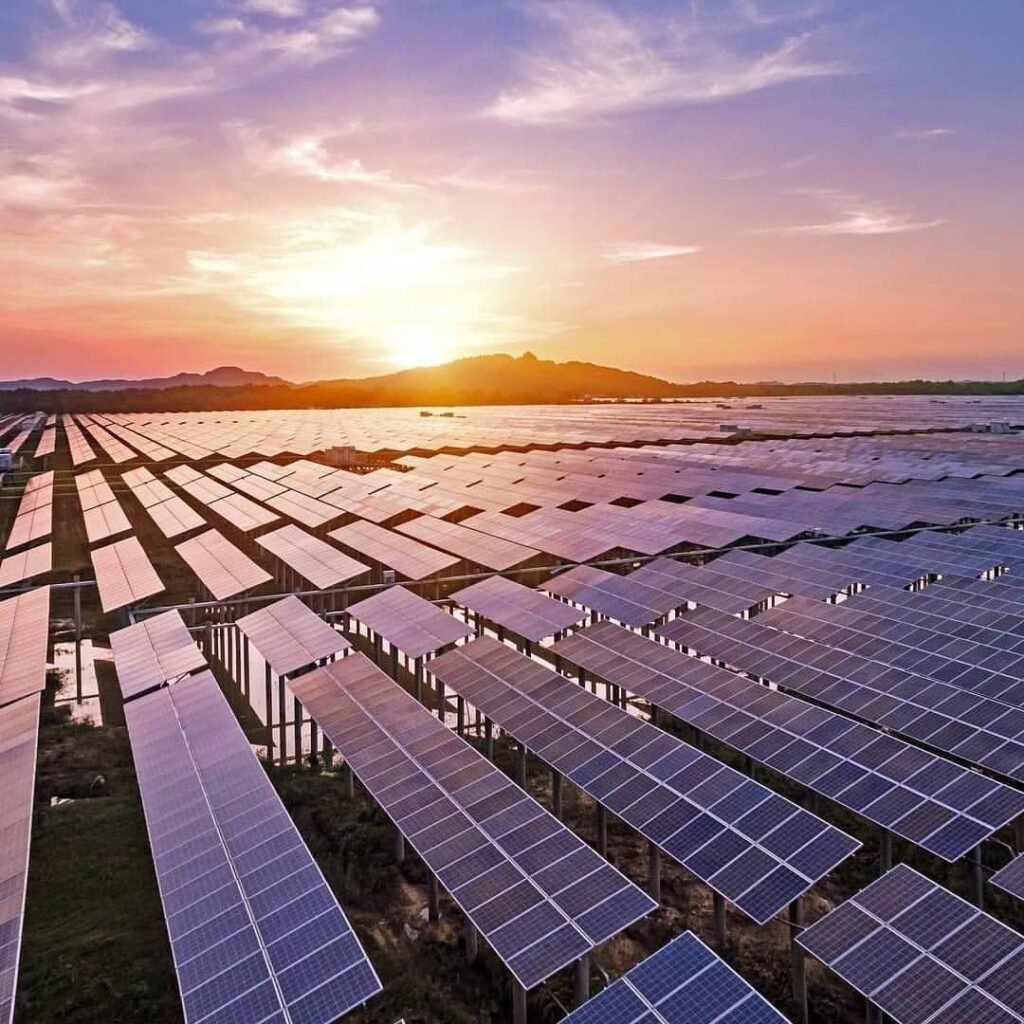 Solar radiation is generated by a series of nuclear fusion reactions that occur in the Sun and, as a consequence, emit electromagnetic radiation that reaches the earth. This radiation received by the earth’s surface is measured in W / m2 (watts per unit area) and is also called ” irradiance “.

Types of solar radiation that we receive on Earth: 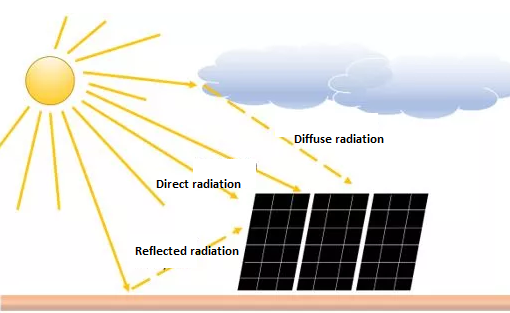 Solar radiation, upon reaching the atmosphere of our planet, undergoes a series of alterations and gives rise to four components:

The one that reaches a surface without having suffered dispersion in its path through the atmosphere. This occurs when the sun is fully visible.

The one that reaches a surface after undergoing multiple deviations in its trajectory when crossing the atmosphere, or after being reflected in multiple directions by the surfaces where it has previously impinged. In winter, diffuse radiation is much higher in percentage and on an annual basis, it is equivalent to 55% of the global one.

Sum of direct and diffuse radiation.

In the sizing calculations of photovoltaic solar systems, it is appropriate to consider the amount of solar radiation reflected by the surfaces adjacent to the photovoltaic modules (albedo).

How does this affect a solar panel?

The position of the sun varies during the day and during the seasons, therefore the angle at which the sun’s rays come into contact with a surface such as solar panels also varies  .

The energy received depends on the orientation and inclination of the photovoltaic modules. A horizontal surface receives the greatest amount of energy in summer, when the position of the sun is high and the days are longer, while a vertical surface exposed to the south receives more inputs in winter than in summer, approximately 1.5 times more with with respect to a horizontal.

You should always look for an inclination similar to that of the latitude of the place (30-35º for example) and the most oriented to the South.

Benefits of using solar radiation as a renewable energy source:

The use of solar radiation as a source of clean and renewable energy is one of the pillars of the energy transition in today’s society. Solutions such as  self-consumption  and solar farms for the generation of clean electricity are changing the electricity landscape all over the planet.