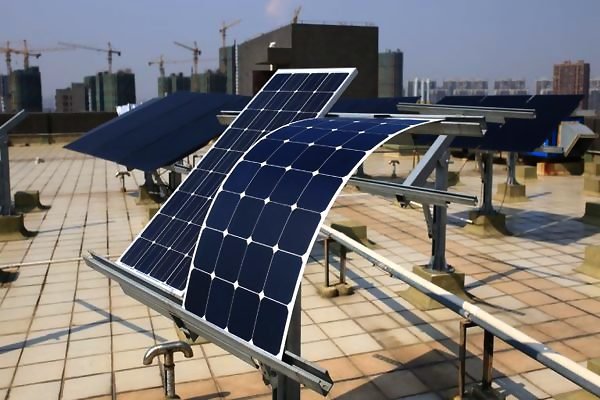 The solar panels are developed year after year, the efficiency increases and the price decreases, but we must know how to distinguish which solar panels last generation.

Photovoltaic technology has developed surprisingly in recent years, so we will analyze the latest generation solar panels, developed with new technologies and materials.

What are the next generations of solar panels

Sunlight can be converted to electricity using parabolas, as is used in some large solar power plants in the world and in photovoltaic cells, better known for solar panels on our roofs.

The current generation of solar panels has a significant disadvantage, the production cost is very high. It is suspected that only 15 years of solar energy will be profitable.

At this time the best solar panels reach a profitability of 30%. This means that no more than one third of sunlight is converted into electricity. But the affordable solar panels that are everywhere on the roofs of our country reach only half that performance.

More or less, we can assume that we have recovered the solar panels in approximately 30 years. Any (temporary) benefit is not included in this.

If energy prices continue to rise significantly, which is not inconceivable, they will probably 25 years earlier, but what is often forgotten is that the production of solar cells is extremely polluting and should not be less than that of waste. radioactive

It is mainly the scarcity of fossil fuels (such as fuel oil) that forces us to promote solar and wind energy. In addition, there are very few factories to make these panels.

The best solar panels with higher performance and cheaper production will only be available to consumers.

An English company claims to have commercial thin film solar cells available since the end of 2018 based on magical perovskite material.

The use of perovskite material (titanium oxide, CaTiO) in the conversion of light into electrical energy has undergone a rapid development in recent years, apparently.

According to researchers and market parties, solar cells produced by perovskite can become the $ 42 billion solar panel market. This is what the Bloomberg news service writes.

Solar cells as a coating 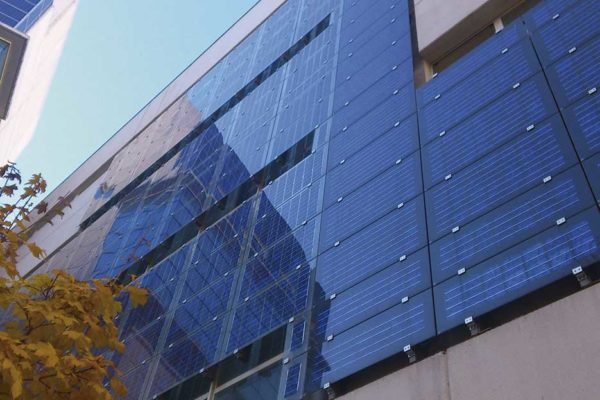 Perovskites can be mixed with liquids and applied to a wide range of materials.

Bloomberg describes a future in which solar cells are applied as a coating (sprayed or printed) on windows, buildings and vehicles.

And this at prices that could be much lower than current solar energy solutions.

Perovskite promises. The World Economic Forum in 2016 ranked perovskite material in seventh place among the 10 most promising technologies. college

Companies around the world are exploring the possibilities of applying perovskite in cells and solar panels.

“However, the laboratory’s path to the roof and ceiling is long and full of obstacles,” Dutch researchers Wim Sinke and Albert Polman wrote in 2014 on the website of the Energy Research Institute of ECN.

According to estimates, perovskite solar panels could cost only 10-20 cents per watt, compared to 75 cents per watt for traditional silicone-based panels, with cost savings of 3 to 8 times.

The ingredients used to create perovskite are widely available and are economical to combine, since they can be prepared at relatively low temperatures (around 100 ° C).
The silicon cells must be heated at high temperatures (up to 900ºC) to eliminate defects, which is an expensive process.

The silicate perovskite can form up to 93% of the lower mantle, and the magnesium iron form is considered the most abundant mineral on Planet Earth, which accounts for 38% of its volume.

“Silicone panels have proven their effectiveness in practice, the bar is high for the introduction of completely new types of solar panels, in terms of cost, performance and lifespan.”

Silicon has been used in solar cells for decades, since the first space programs. Currently, about 40 billion dollars (2016) of this type of solar panels are sold worldwide, according to market researcher IHS Markit.

A drawback of this technique is the relatively high cost of energy production.

The efficiency of the perovskite.

In 2006 it became clear that perovskite is useful for converting sunlight into electricity. A big step forward happened in 2012, when the yield was higher than 10 percent.

In the laboratory, yields of more than 20 percent are being obtained. This is slowly approaching the efficiency of silicon solar cells, which is about 25 percent and almost does not progress. 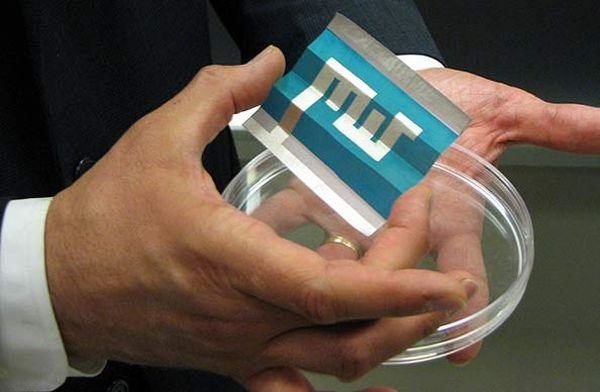 Oxford Photovoltaics, an emerging company of the University of Oxford, says it is working on the development of a thin film perovskite solar cell that can be printed directly.

Last December, the company announced that it had received more than 9 million euros from investors, including the oil company Statoil. The company plans a prototype at the end of 2017 and a commercial product available by the end of 2018.

Critics believe that it is not that far yet. They talk about the instability of the material if it has been in contact with the outdoors for a longer period of time, because the performance decreases rapidly.

In addition, the application of the material on large surfaces would not be easy, it is difficult to apply the material as a uniform coating.

The solar panel in its current form seems to be fully developed. But appearances are deceiving. There are many developments to increase performance and reduce the price and make them more attractive. 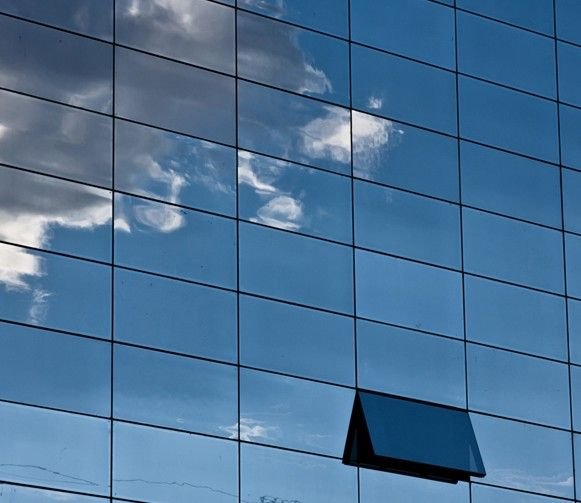 In the United States, a new type of solar panel has been developed that integrates into glass (solar windows) and is up to ten times more efficient than conventional methods to convert sunlight into energy.

The Massachusetts Institute of Technology has developed this normal-looking glass that requires only a limited number of adjustments to generate electricity.

Only the solar cells are installed on the edge of the glass. A thin layer of organic molecules is applied to the entire glass and absorbs the light, which is then sent to the solar cells at the edge.

Since only a limited amount of solar cells is needed, this technique will probably not be too expensive and will not even be noticed 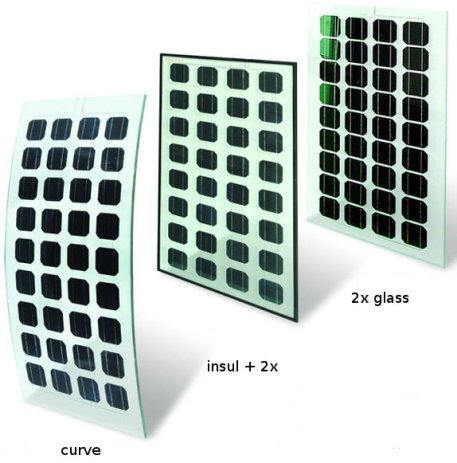 At this time, solar panels have limited possibilities and can only have as many seats as the shape and orientation of the roof. Therefore, NanoSolar developed flexible sheet solar panels with the name Powersheet.

These panels are lighter, no less than 90% cheaper and at least as effective as traditional panels. This material is as thin as aluminum foil and the possibilities are endless.

Other thin and flexible solar panels had already been developed, but they were less efficient than conventional solar panels. The company obviously has a patent on this product and is already certain that its production will not be able to satisfy the demand for this product. 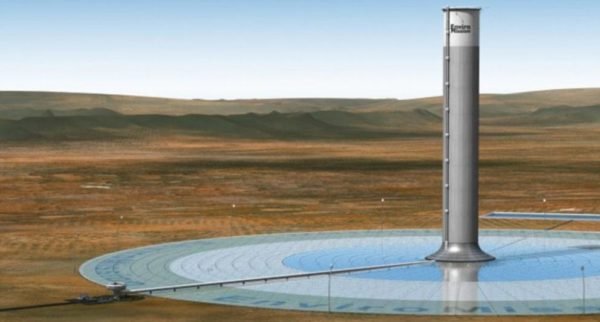 In Australia they are working on the development of a Power Tower. It is a tower one kilometer high. In this tower the hot air rises and every hundred meters cooler. The difference in temperature causes an increase in wind flow.

By means of mirrors around the tower that reflect sunlight in the same place, the temperature difference increases. Due to the high wind speed, it is possible to keep in operation a turbine that supplies power to 200,000 families.

The big problem with electric cars is that the battery runs out quickly. To date, no car has been developed to fully meet its energy needs.

A completely green car should be the first in a decade.

The new version of the Toyota Prius hybrid is equipped with photovoltaic cells that are sufficient to supply electricity to the car’s air conditioning system.