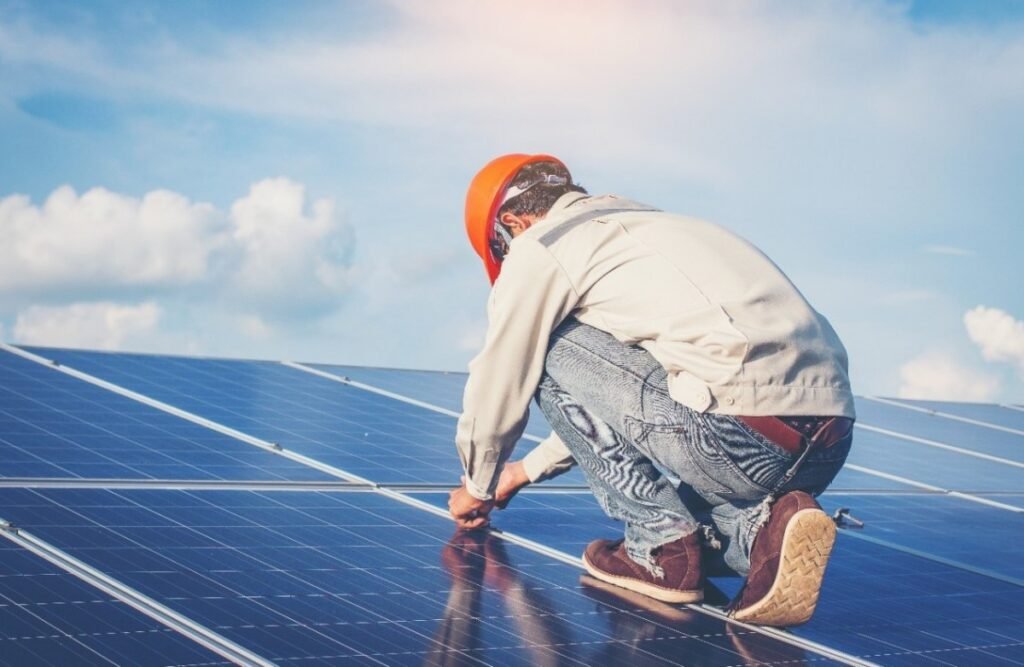 Related: What are isolated photovoltaic installations?

What does an isolated solar installation consist of?

This is used in order to provide electricity to those homes that do not have access to the electricity gridwhich is why there is no compensation for excess self-consumption —as occurs with installations connected to the network— and why it becomes necessary to use a charging battery that accumulates the energy produced so that it can be used at times when the solar panels do not receive solar radiation.

Now, these are just some of the solar components that this type of installation requires. In this article we are going to explain what are the parts for a basic isolated solar system. Read on to find out.

Panels, or solar panels, are the most recognized solar components, although they are not the only ones — far from it. Solar panels are the ones that carry out the photoelectric effect thanks to which the energy of solar radiation is converted into electricity. These panels can be of various types, both are made from silicon, although their distinction has to do with the transformation of this semiconductor mineral. These are:

In general, The most common solar panels are polycrystalline. The latter are characterized by their nominal power or maximum power in ideal conditions.

Solar batteries are other essential components in an isolated photovoltaic system. These are used for store the energy generated in the solar panels in order to be able to take advantage of it when there is no sunlight. Batteries vary from each other depending on the ability to store energy. This is measured in Ampere hours (Ah).

The charge controller is one of the most important solar components. Its function is that of efficiently manage the energy generated in the solar panels and that is supplied to the batteries. These components serve, therefore, to prolong the life of the battery, as well as to prevent overcharging or complete discharge. This part of the isolated photovoltaic system is sold based on the maximum current capacity that it is capable of controlling expressed in amps.

As its name suggests, the function of this solar component is to invert the current —or convert it— so that it can be used in the electrical installation of the home, factory, industrial complex… without affecting the operation of electrical appliances. The inverter is responsible for controlling and transforming the energy that comes from batteries or controllers in alternating current and low voltage —that is, 12v or 24v—. This component is dispensable in some isolated solar installations when the components connected to it can be supplied with direct current, such as some types of lighting, motors or equipment designed to work with it. Current inverters are sold on the market based on the power in Whatts, this is calculated as the voltage per current (P=VI).

The wiring for solar installations is made up of a tinned electrolytic copper conductor —to improve conductivity— and double insulation —to improve weather resistance—. This component of isolated and network photovoltaic systems stands out for being Free of halogens —that is, it does not contain groups of halogen elements such as fluorine, chlorine, bromine, iodine or astatine—.

Solar kits are packs that include all the necessary materials to carry out a solar installation, depending on whether it is on the network —or for self-consumption—, if it is isolated, if it is for a pool treatment plant, if it is for caravans or if it is an isolated solar pumping kit, among others. The way in which these kits are marketed varies depending on the maximum power they offer, which is influenced by the number of solar panels that are marketed and the power they generate (12v or 24v). We can find different solar kits that vary depending on the components they include and the price. In general, a solar kit usually has the plates, the inverters, the batteries, the structures and the photovoltaic wiring.