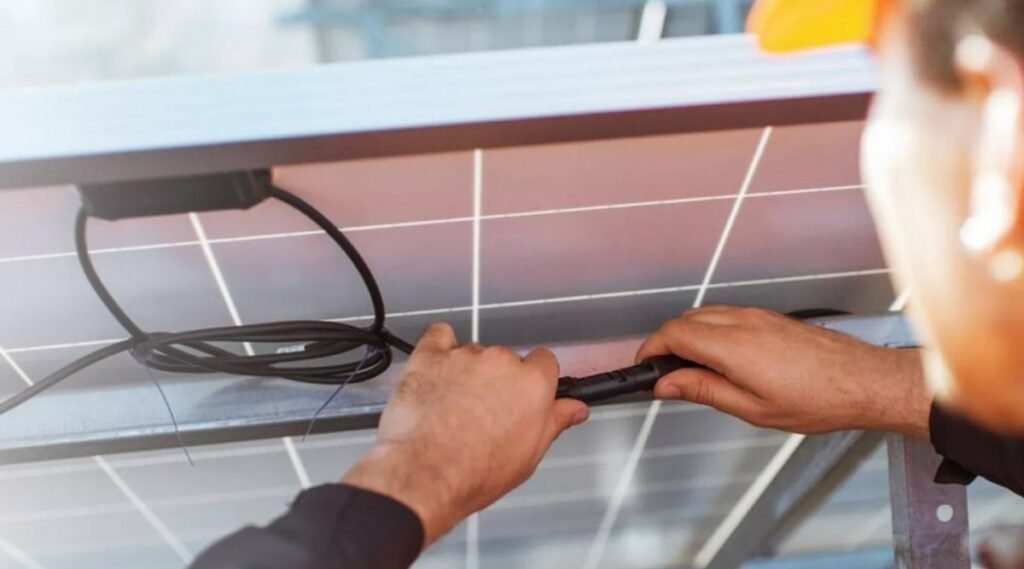 Solar panels have evolved considerably over time and not only in the design and use of materials, but also in the energy efficiency that they are capable of guaranteeing. There are several parameters that serve to identify if we are facing a quality solar panel or not.

What does the resistance in a solar panel respond to?

One of them is resistance, a measure used to reduce the fill factor that determines the maximum power of a solar cell. In this article we want to explain to you what the resistance of a solar panel currently responds to and what changes have been made. Likewise, we answer other questions of interest such as the current capacity that they are capable of tolerating and what influences the electrical resistance of the solar panel. Read on to find out!

The first thing we have to make clear is what is the relationship between the resistance offered by a solar panel and energy efficiency and, for this, we must talk about what Ohm’s law is. This law, formulated in 1827, studies the relationship between the intensity of the electric current, the electromotive force and the resistance. Specifically, it says that the current flowing through an electrical circuit is directly proportional to the voltage applied to it and inversely proportional to the resistance offered by the connected load.

In a photovoltaic solar installation, electricity circulates through the wiring system to the electrical installation, in addition, the connection between the solar panels can be in series or in parallel (depending on how each solar panel is connected to each other, although the most common and recommended is always in series). The resistance of the current would correspond, to explain it in a simple way, with the thickness of the wiring and the opposition to the passage that becomes larger the narrower it is.

If the wires are thinner, the opposition to the passage of electrons will be greater.(more resistance). Now, if the material of the wires were, for example, gold, the resistance would be less than in a copper one, since the precious metal is the best conductor of electricity that exists. In solar panels, as you can imagine, resistance plays an important role in terms of productivity and energy efficiency, so you should always look for solar panels that are made of quality and that offer maximum efficiency in relation to the price so that you do not there are energy losses. Today solar devices allow us to take advantage of up to 80% of the energy that is generated, which is a very high figure compared to the use of the first devices that barely guaranteed us 20%. Also,

What is the resistance of a solar panel?

The characteristic resistance of a solar cell corresponds to the resistance that the cell has at its maximum power point . This will allow us to work with connections between the cell with a milli ohm interval or another. And it is that each of the solar panels offers a specific resistance when working, the maximum capacity at which they can work depends on it. This is a very useful parameter that can be used to analyze parasitic losses, among other. In addition, the type of panel before which we find ourselves depends on it, and it can be 12, 24 or 48 volts. For example, if the resistance of the load is equal to the characteristic resistance of the solar cell, this means that maximum power is transferred to the load and the cell operates at its maximum power point.

What does the resistance of a solar panel depend on?

Each of the solar cells are designed to withstand certain conditions. However , typical values ​​of the normalized series resistance are usually 0.5 Ωcm2 for laboratory solar cells and up to 1.5 Ωcm2 for commercial ones . Typically, commercial silicon solar cells are very high current and low voltage. Now, a 6-inch square solar cell can achieve a current of up to 9 amps and a maximum power voltage of 0.6 volts by offering a resistance of 0.007 Ω.

The electrical resistance can be powered by various 30V panels in series, which generates a voltage of 60V, 90V, 120V, 150V or more… And a maximum intensity that is not greater than 8A. Obviously, the generated electricity is transported through a copper conductor cable and the appropriate section to directly feed the electrical resistance. Now, if a power of 50V is exceeded in two panels connected in series, then it will be necessary to take into account the Low Voltage Regulation , since in these cases the solar panels must be protected with some specific elements, as can be read in the RBT-24. It must also be taken into account that the electrical resistance can lead to ground over time.—in direct current—, for this reason we need an insulation monitor that acts in direct current in the same way that a differential would in an alternating current installation.

Can I change the resistance of the solar panel?

Another very different thing, when talking about the resistance for solar panels, is the resistance that the thermal panels have and that work to heat the water in the collector. Some users propose installing new resistors within a solar system as a support method, however, this is a measure that is prohibited by the RITE and is discouraged by the technical specifications of the device and by the installation manuals. This will also generate a fault in the thermostat, since it automatically comes into operation when it detects a temperature below the programmed temperature.