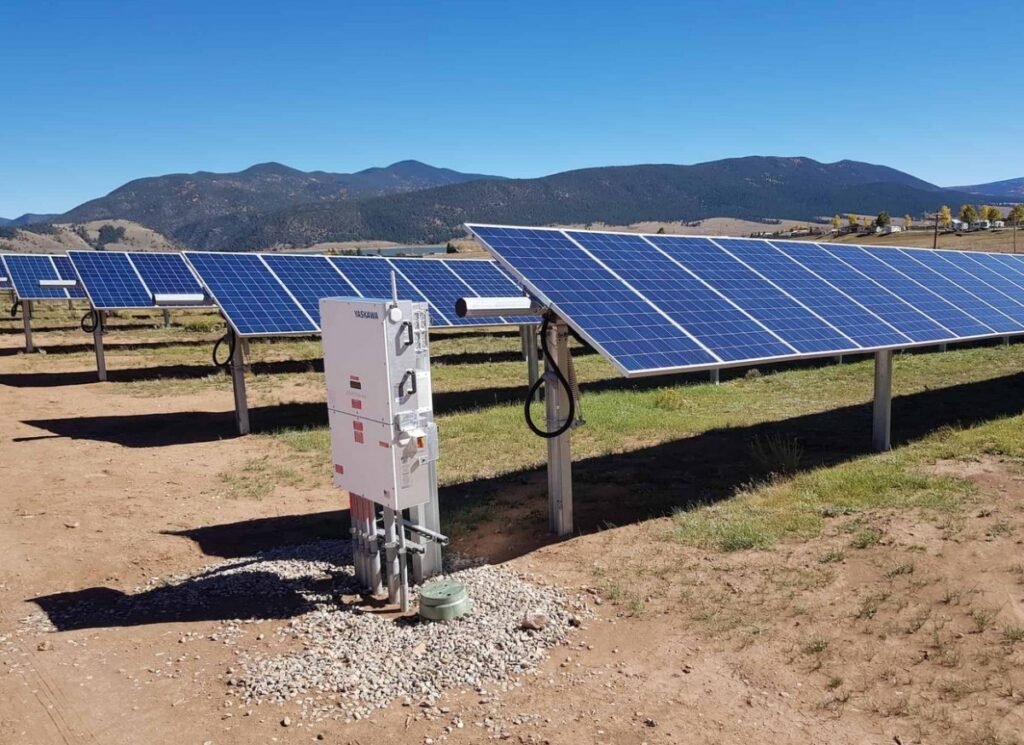 Solar panels are one of the most practical and effective devices that we can find today to self-supply ourselves with electricity. These are responsible for generating electricity that can be used in homes with network installation, as well as in isolated homes, in vans, in pumping water and even in boats. Now, for the electrical current from the solar panel to work, it is essential to have other components that will help in the collection process, these are the solar inverters.

What is a hybrid inverter in solar energy

Investors take care of convert direct current to alternating currentso this can be exploited in home installations, for example, without damaging electrical appliances and devices. A solar inverter is an essential device in photovoltaic solar installations. Now, what is a hybrid investor? How does this electrical device work?

In this article we explain the characteristics of this special inverter and what it is for. Continue reading for more information.

What is a hybrid investor?

A hybrid solar inverter is one of the most modern and practical devices that we can find for make the most of the energy produced in solar panels. Its use is designed to simultaneously take advantage of the energy from different sources. That is, the inverter can transform the current that comes from photovoltaic energy, as well as from wind energy, the electrical network and generator sets. It works by integrating and managing the different energy sources, giving priority to each of themdepending on your energy needs.

Of course, the energy that is transformed can be stored in batteries. In fact, the hybrid solar inverter is designed —above all— to be used in places where the electricity grid does not reach, that is, in isolated installations. Hybrid inverters are not usually designed for surplus energy in the network, rather to dimension the resources that are available and prevent there from being an excess of it —and that it can be accumulated in batteries—.

However, the function of the self-consumption hybrid inverter is not limited exclusively to converting the electrical current. This electronic device is also designed to transform the current during the day —the one that comes from the solar panels— alternating the use of the batteries —during the nights—. hybrid solar inverters are synchronized with the electrical network and with the batteries so that everything works properly and so that we have the most convenient energy in the different sources that are available in the electrical installation, among others.

Solar inverters – no matter what type they are – have several outstanding functions. These are:

Now, not all solar inverters have these features. It depends, of course, on the type of inverter, as well as its range.

Next we will talk about the types of solar inverters.

As we mentioned, not all solar inverters have the same characteristics. For example, an inverter connected to the electricity grid is very likely not to fulfill the function of battery charging or control of the same —as we explained when talking about self-consumption hybrid inverters, since it will not be necessary and will only make the cost-. In the market we can find three types of investors:

It’s the inverters that work connected to the electrical network. These inverters are responsible for converting direct current into alternating current, but also for maintain the voltage of the generated energy by solar panels higher levels to network. With this, what is achieved is to prioritize self-consumption, compared to the energy expenditure of the electricity network. As we explained in the previous point, these inverters are capable of monitoring the status of the installation, as well as the energy demand.

Investors for isolated installations they work exclusively in places where there is no connection to the network. These inverters fulfill the main function of transforming the electrical current for its use, but also the functions of charge batteries and monitor charge levelas well as guaranteeing the safety of the installation in the event of problems or short circuits.

Mixed inverters or hybrid inverters for self-consumption are devices that combine the two previous functions, in addition to allowing electricity to be obtained from other sources, such as wind power and generator sets. mixed investors can be connected to the electrical network and batteries for greater safety. These are inverters capable of managing the different energies efficiently.

Keep in mind that hybrid solar inverters are available in several models and not all allow the same energy sources to be managed. We can find, for example, hybrid inverters for domestic installations —such as sine wave inverters— and inverters for industrial installations —such as modified sine wave inverters—. We can also find single-phase, three-phase inverters, micro-inverters and string inverters. The latter are the most common since they simultaneously manage the energy that comes from all the solar panels and not just one.

Hybrid inverters must be configured according to the installation available for proper use. To set up a hybrid inverter it is essential to have some knowledge of electricity. You can also seek the help of professional technicians.