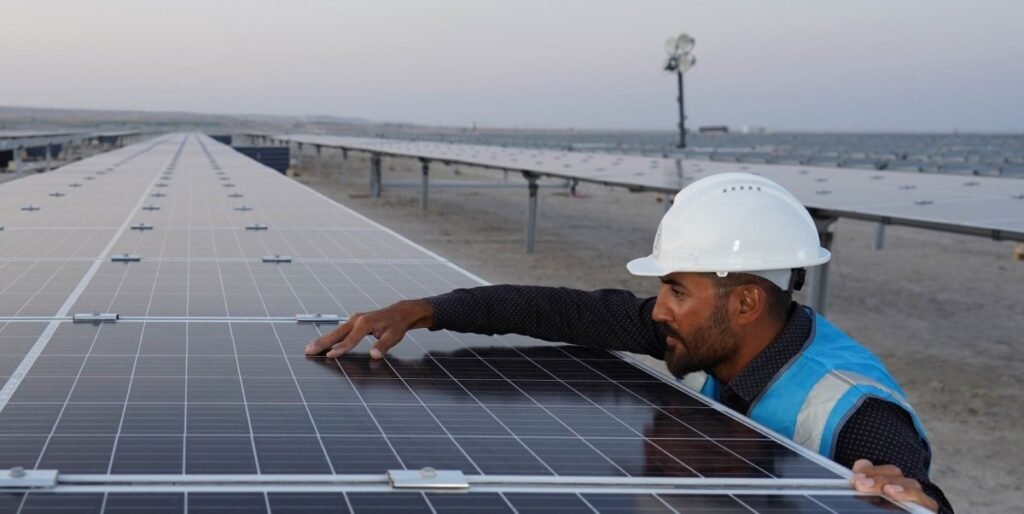 In this article I will explain what solar energy is for, its uses in homes and industry. Solar energy, or photovoltaic solar energy, is a type of clean and renewable energy. In addition, it comes from an inexhaustible source of energy: Sun. Solar energy is the cheapest energy to produce, as reflected in the latest study by the International Energy Agency (IEA).

What is solar energy for

And it is that its main cost basically comes from the investment that is carried out at the time of installation, however, amortization is carried out after a few years —starting to produce energy at zero cost from that moment on. Solar energy has several uses thanks to its main function, which consists of convert solar energy into electricity through the photovoltaic effect, although this can also fulfill the main function of producing heat —as we will see below—.

In this article we explain what they are, but first we analyze what solar energy is made of and how solar energy works. Keep reading this article to learn more about one of the main sources of renewable energy!

What is solar energy made of?

Solar energy is made up of photons. Photons are particles of light energy or other electromechanical energy. In the case of light energy, for example, it is transmitted by means of photons in the form of an electromagnetic wave. Photons are the particles that carry visible light, ultraviolet light, infrared light, X-rays, gamma rays, and other forms of electromagnetic radiation. all forms of radiation that exist. When the photons hit the solar plates, they release some of the electrons of which their atoms are made up. This is how —depending on the plates or collectors— electrical current begins to be generated or steam is generated by heating the light-transmitting liquid. heat.

How does solar energy work

To understand how solar energy works, it is important to understand that there are two types, photovoltaic solar energy and thermal solar energy. In the first case (the photovoltaic solar installation) the energy generated is electricity. This is achieved thanks to the photovoltaic effect that takes place in the solar panels of the installation. What the cells of solar panels do is take advantage of their properties to transform photons from the sun, creating a flow of energy inside the circuit —or direct current—. The rest of the components of the installation, such as inverters and charge regulators —in the case of isolated installations that use batteries to store energy— turn direct current into alternating current, which can be used for the main appliances and electrical elements of a home, factory, office…

In the case of Thermal solar energy, the operation is different. The collectors —or solar panels— take advantage of the solar radiation to generate heat. These collect and concentrate sunlight to produce high temperatures, thanks to which hot water is achieved or a much more ecological heating installation through radiation. Solar thermal energy installations can vary depending on the temperature they provide. That is, if it is low —it generates a temperature below 65º C—, if it is medium —the temperature is between 100 and 300º C— or if it is high —it can exceed 500º C—. To generate solar thermal energy it is necessary to use solar collectors, accumulators, heat exchangers, circulation pumps and expansion vessels.

What is photovoltaic solar energy for?

We have seen how solar energy works, let us now see what it is for —or what its uses are—. And it is that this energy has infinite uses and possibilities. The most common, at a private level, is to generate electricity in our home, factory, office or business. Namely, for self-consumption. Solar energy in this case will allow us to supply ourselves with electricity so that the monthly consumption in the electricity bill decreases considerably. Likewise, photovoltaic solar energy can be used in isolated facilities —like a country house in which the electrical network does not reach—. In this case, the energy that is generated is stored in batteries so that it can be used at times when there is no light. Either at night or when the weather is bad.

However, solar renewable energy can be used in many other cases. For example, in solar plants —or photovoltaic plants—. These have large portions of land with solar panels used to generate energy and transform direct current into alternating current and from there to the electrical distribution network —used by customers—. Solar renewable energy is used for home lighting and household appliances, but also for pool pump —with exclusive solar panels for them—. This can also be used for caravan electrical system and even to create direct solar water pumping installations. The latter take advantage of photovoltaic solar panels to generate the energy that is used to pump the water into a reservoir or a pond that will later be used for irrigation —regardless of whether it is direct or drip. In summary, these are the uses of solar energy used to generate electricity:

What is solar thermal energy for?

In the case of solar thermal energy, its main function is to air-condition the house through radiators, heaters or heaters. Air conditioning, in this case, is much cheaper than using electricity. Another of its main uses is to generate domestic hot water —which will be used for baths and showers—. However, depending on the system used and the amount of heat it generates, solar thermal energy can also be used for other uses, such as generating electricity through steam. In the latter case, the generated steam is converted into mechanical —or kinetic— energy and a turbine feeds the generator that produces electricity. These are the main uses: