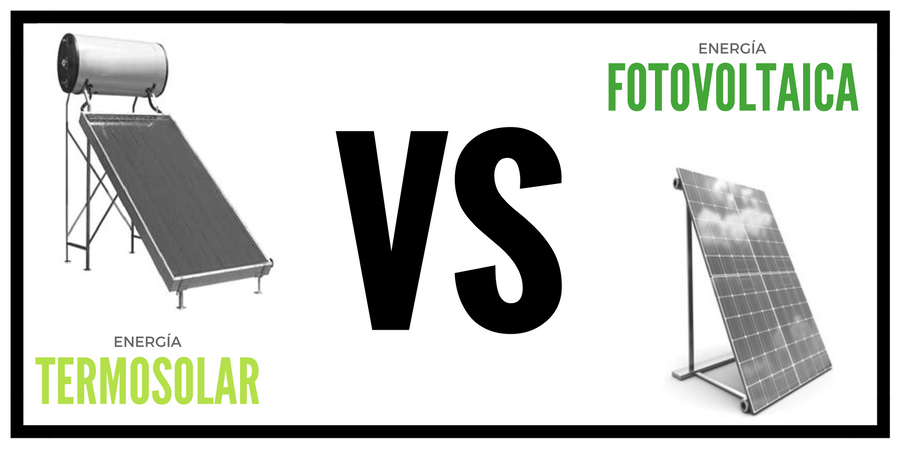 There are two types of technologies designed to take advantage of sunlight, photovoltaic solar energy and thermal solar energy. Which is better?

It is important to understand that solar thermal technology   is not the same as that of a photovoltaic energy system  .

What is suitable for photovoltaic or thermal solar energy

The generation of  solar thermal electric energy  concentrates sunlight to generate heat, in addition to the heat used to run the thermal motor, which rotates a generator to produce electricity. On the contrary,  photovoltaic solar energy  directly converts sunlight into electricity.

As solar energy has had rapid growth within the renewable energy sources sector, significant attention has been given, both at the public and private levels. From Ainfar we wanted to consider which of the available solar technologies, that is, if  solar thermal or photovoltaic energy , is more profitable and efficient.

Concentrated sunlight is used either directly as a source of heat, as in solar water heating, or to conduct a heat cycle, such as that of an engine. In addition, since  solar thermal energy  is produced directly with heat, it can store thermal energy from various media. Some plants, in fact, can store enough energy for about 8 hours without the need for sunlight; So, solar thermal energy can potentially generate energy 24 hours a day.

However,  photovoltaic energy  is becoming a very popular source of energy at the public level because the ability to generate energy through a photovoltaic system   has greatly improved compared to the generation of  thermal solar energy  for large-scale installations.

Solar energy is one of the most expensive renewable energy sources available compared to other energy sources. However, currently, there is little price difference between  photovoltaic  and solar thermal energy ; But,  photovoltaic energy  can become somewhat more affordable.

The tendency, therefore, is that prices will decrease over time, especially for government actions that support the green commitment, as Ainfar does. In addition, as the  photovoltaic components  have entered a clear and direct industrial phase, clearly benefiting the entrepreneur, the industries also do, little by little, to support initiatives such as renewable energy consumption.

What do we conclude, then, about solar thermal and photovoltaic energy?

Although technological differences are debatable, the fact that both technologies are somewhat more expensive than other sources of renewable energy is clear. But, on the one hand,  solar thermal energy  has the advantage that it can be stored and  photovoltaic  that is cost effective for large installations.

The future is very sweet against expectations like this and remains optimistic: it is expected that  photovoltaic energy  will be able to supply electricity to almost two thirds of the world’s population in less than 20 years, according to data provided by Greenpeace. Other studies reveal that within 100 years the maximum boom will be given with respect to this type of energy and, practically, all the energy we consume will be solar.

What is photovoltaic solar energy and how is it generated?