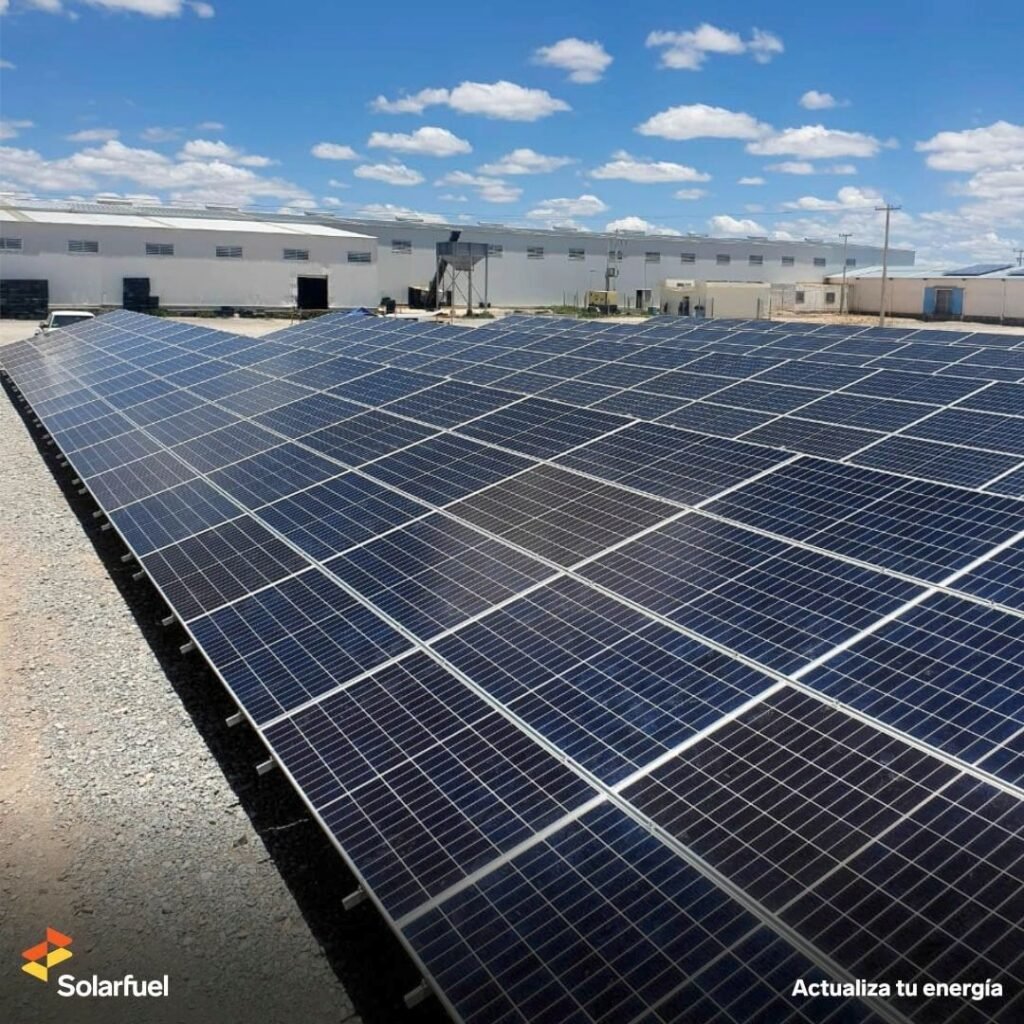 By now we are used to seeing them over the rooftops. We know what they are, what they are for and that we will see more of them in the future. But few really know how  solar panels work and what they are made of  . Here we will try to explain it in a simple way.

What is the operation of solar panels?

But before going into the explanation, it is good to clarify that in the field of solar energy there are two different technologies, with different and complementary functions: photovoltaic and solar thermal.

Photovoltaics can only produce electricity, while solar thermal uses sunlight to produce hot water (used to heat the building or used as domestic hot water).

Let’s focus on the first one, trying to understand how photovoltaic solar panels work.

How Photovoltaic Solar Panels Work A photovoltaic system involves, that is, surfaces that mount multiple photovoltaic cells: each of them converts the energy transported by photons (conductors of light and heat) into electricity.

This happens thanks to the “stimulation” of the electrons present in the semiconductor material inside each solar cell (typically crystalline silicon), which are excited by the photons and begin to flow in the circuit producing electrical current.

The basic operation of a photovoltaic panel includes these steps: – exposure of the panel to sunlight, with the photons striking the surface of the photovoltaic cell; – from here, the energy transported by the photon is transferred to the electrons present in the silicon cell; – L ‘the energy transferred to the electrons causes “agitation” that leads to the formation of current in the circuit. Therefore, electricity is produced in direct current.

Once this energy is produced, an instrument connected to the photovoltaic cell (the inverter) will convert the current into alternating current, to be able to introduce it in the connection cables and, finally, in the distribution network that allows its use for the purposes. the most diverse on the market.

As is known, photovoltaic technology makes it possible to produce electricity from the sun’s rays, with multiple advantages. In addition to reducing the consumption of fossil fuels, and therefore polluting emissions, solar energy also lightens the bill, cutting electricity costs.

These PV panels (or  modules  )   consist of the union of several tiles with similar cells (about 10 or 15 cm square), usually dark in color (blue or black). The set of installed solar panels takes the name of “photovoltaic field”.

The dimensions of the photovoltaic panels vary according to the models, brands and technology. The most common crystalline silicon photovoltaic modules range in size from 0.5 m² to 1.5 m², resulting in a 3 kW PV array with approximately 15-20 m2.

Its dark color is due to the presence of  silicon  : a  semiconductor   necessary to produce electricity and the one most used in these plants. To cover and protect it, there is an additional glass sheet, which allows the sun’s rays to filter through and be absorbed by the panels. 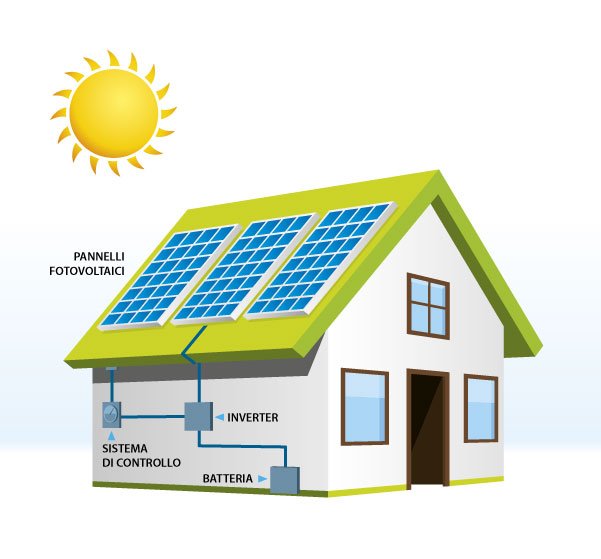 When a photon hits the surface of the photovoltaic cell, its energy excites the electrons present in the silicon cell, which begin to flow in the circuit, producing electrical current and giving life to the so-called “photovoltaic effect”.

The cells, connected in series, therefore produce a direct current with a voltage of approximately 0.5 volts between the upper and lower plate of the panel.

At this point, a second component of the system enters the scene: the  converter   or  inverter, a  device  necessary to transform  this direct current into alternating current,  usable by the distribution network and by household appliances.

The   photovoltaic systems may also provide the  storage batteries,  in which it  stores  the energy produced during the irradiation phase but not used, to be utilized during periods when the plant is idle due to lack of sunlight.

Finally, to monitor production it is essential that the plant is connected to an  electronic control system that is  in turn connected to the Internet. This will also make it easier to identify any malfunctions.

How to place and size photovoltaic panels

One of the first steps to take when deciding to install a photovoltaic plant on your roof is to size the system, starting from the electricity bill, that is, your actual consumption. The calculation can be carried out by technicians, depending on our daily needs and average monthly consumption, in order to optimally compensate our consumption.

The next step will be to correctly position the panels, orienting them so that they receive as much sun as possible. Generally, the best position is on the south side of the roof, where the exposure is longest, while the ideal slope is around 30 ° -35 ° in Italy.

However, even under the best conditions, the panels will be able to convert only part of the solar energy into electricity, depending on the type of silicon used. This figure is called the conversion efficiency and is around 20-22% at best.

The room for improvement therefore remains wide and research in the renewable energy sector is a determined way to go. Discoveries and advances made in the field of  organic  or  transparent photovoltaics  are just one example.