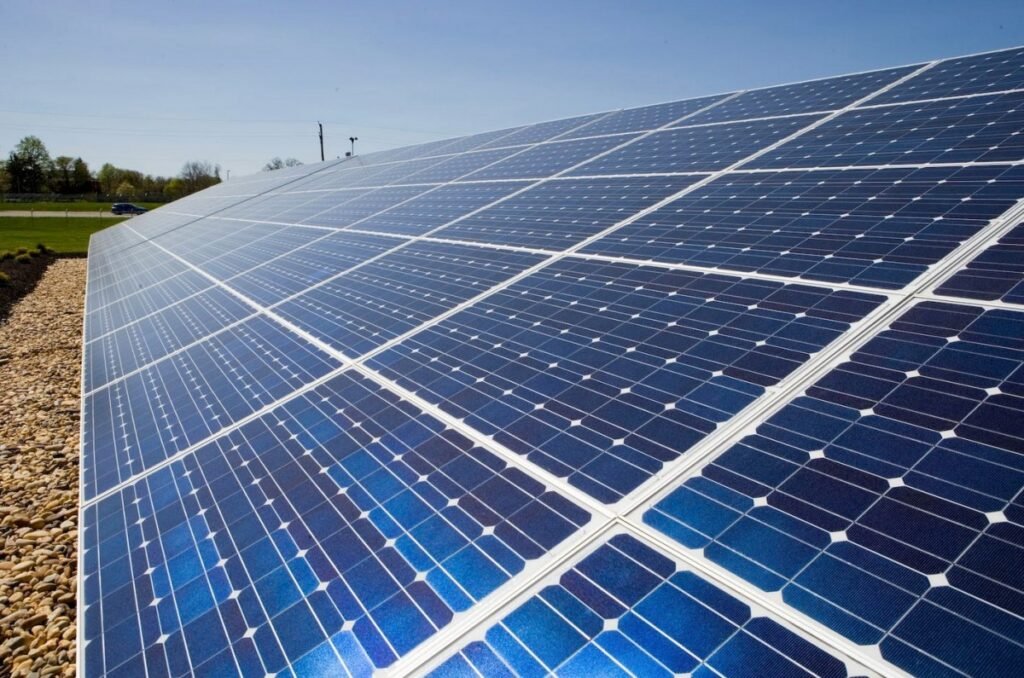 Photovoltaic technology has evolved a lot in recent years, so much so that the production cost of this type of renewable energy has become the cheapest compared to coal or natural gas, as pointed out by the International Energy Agency. The techniques to improve the photovoltaic effect that takes place in the cells of the panels, as well as the reduction in the cost of manufacturing materials have contributed to this.

What is the photovoltaic effect and how is it achieved

In this article we are going to explain what the photovoltaic effect in solar panels consists of and everything you need to know about it. Continue reading for more information.

How does the photovoltaic effect work?

The photovoltaic effect in solar panels is generated thanks to silicon of which the photovoltaic cells are composed. East semiconductor material it receives solar radiation that is absorbed by each cell, causing electrons to jump from one layer to another and generating electric current.

What happens with the photovoltaic effect is that photons from the sun alter an electron of the cell material, at which point the effect begins. This energy provided by the photons causes the electrons to overcome the energy that attracts them to their nucleus —or valence—. In this way, the electron is released from the atom, being transported through the conductive material —silicon—. To achieve this effect, it is essential that the force with which the radiation particle hits is 1.2 eV. The process of creating electric current takes place from this moment.

When the electron breaks off and begins to move through the conductive material, its atom remains incomplete. all of it generates an electrical charge that can be extracted photovoltaic solar panels, thus taking advantage of a renewable and inexhaustible energy, solar energy. Now, for these charges to be extracted from the solar panel, it is essential that they occur uninterruptedly. That is, the electrons circulate in the opposite direction to the holes that are generated in the atoms. Something that is achieved simply by creating a electric field with persistent polarity.

As we said at the beginning, the production of electric current is generated as a result of the contact of two pieces of different material and this is exactly what helps us to create that electric field inside the cells of the photovoltaic solar panel. These have a positive and a negative charge—with an excess of electrons. When the electron is released it slides back and forth until it reaches the silver channels. By putting the metal contacts at the top and bottom of the photovoltaic cell, current can be drawn that we can use externally—this is known as P and N bonded semiconductors—. This current, together with the cell voltage, is what defines the power that can be delivered.

The electrical current that is generated is channeled and collected. Next, it goes through an inverter converting the direct current into alternating current. In this way, the energy can be used for home installations without these being harmed. The solar inverter is an essential component in the installation, whether it is isolated, if it is on the network, if it is for a caravan or if it is for a pool pump.

Differences between the photoelectric and photovoltaic effect

With the photoelectric effect and photovoltaic cells the following occurs. The photons reach the material and their energy is absorbed by the electrons in the material. This causes the electrons to acquire a higher energy level sufficient to be able to leave the atom.