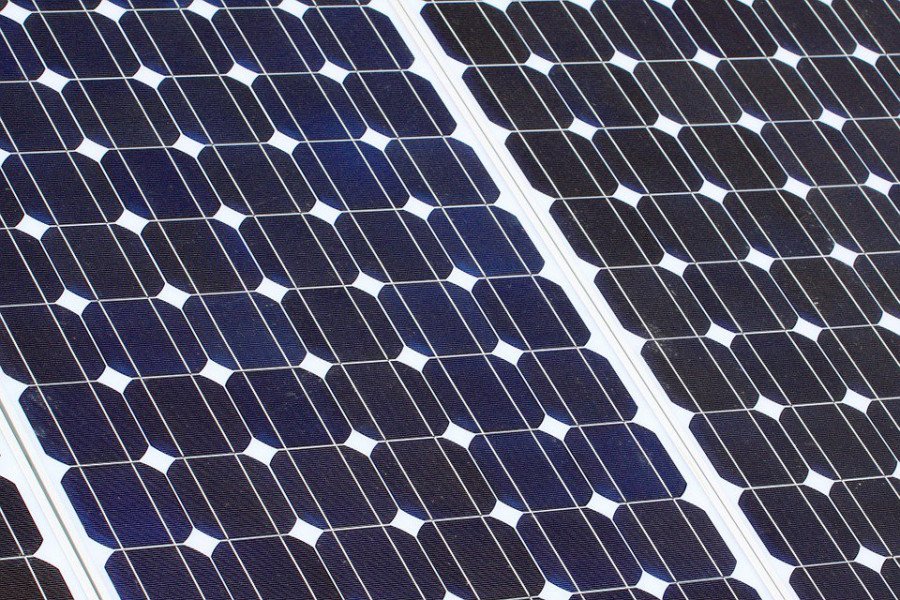 Solar panels are the key component in an installation of photovoltaic solar panels, are responsible for converting sunlight into electrical energy.

Both are made of silicon, which is an abundant, resistant and long-lasting mineral, and the main difference they have is the purity of silicon. The more perfect the crystalline structure, the less impurities the panel will have and therefore, its performance will be higher.

Which solar panel to choose – mono or polycrystalline?

Surely you have doubts about what type of photovoltaic solar panel is best for your home or business. Both types of photovoltaic cells produce electrical energy when exposed to sunlight, however, there are some differences between them.

Monocrystalline silicon cells are manufactured from Ingots (cylindrical silicon blocks). The four sides of the cylinder are cut, with which abundant silicon is wasted and sheets are made with rounded edges. Therefore, the crystals have a high purity, which causes the performance of each cell to increase.

The process is different, it is fused in raw (with impurities) silicon and then poured into a square mold. As a result, the sheets are all perfectly square. By having impurities, polycrystals are formed that reduce efficiency.

Which of the two types of solar panels is the best option?

The first thing to keep in mind is that, whatever your choice, you will save money with your installation of solar panels for self-consumption.

There are two fundamental factors that will determine your choice: your personal preferences and space limitations.

Limitations of space:  in case the space of your cover is limited, you should choose monocrystalline solar panels because they have a high efficiency. In this way, your energy production, as well as your savings, will be greater. If on the other hand you do not have space problems, you can opt for  polycrystalline solar panels  compensating for their lower efficiency with excess surface, without affecting your economic savings.

You must analyze both options, since both are good alternatives. At SotySolar we can help you choose the best self – consumption option   for you.

Our network of installers will send you quotes that you will be able to analyze quickly and easily, in order to find the solution that best suits your particular home.

At least 9 out of 10 of the photovoltaic panels on the market are made of silicon cells. Within this area there are two fundamental types whose differences, sometimes, are not entirely clear: panels with monocrystalline or polycrystalline cells.

Although both start from the same chemical element, the results of choosing one model or another are not the same. So, we tell you the main differences between polycrystalline panels and monocrystalline, so you know which is best suited to your needs.

The monocrystalline cells stand out for being  made with silicon of very high purity . For this reason, this type of black cells are the most efficient, also in terms of space, which translates into practice in smaller installations. They are distinguished by their dark color and rounded edges.

With the highest level of market efficiency, which can reach 20%, monocrystalline cells are  the most suitable for installation in areas where exposure to sunlight is not very high  for its high performance in these conditions.

The long lifespan of this type of cells, with  guarantees in many cases of 25 years  and ability to function up to 50, is another advantage of monocrystalline panels that, however, also have some cons with respect to other alternatives.

These include the  high price of monocrystalline cells , which require more silicon than polycrystalline cells and, in addition, lead to material losses during the manufacturing process, given the type of cut that is made.

In the same way that they stand out for their good behavior in situations of low light exposure, such as on cloudy days, polycrystalline cells  tend to yield less at high temperatures , an aspect that must be taken into account before leaning towards this option. 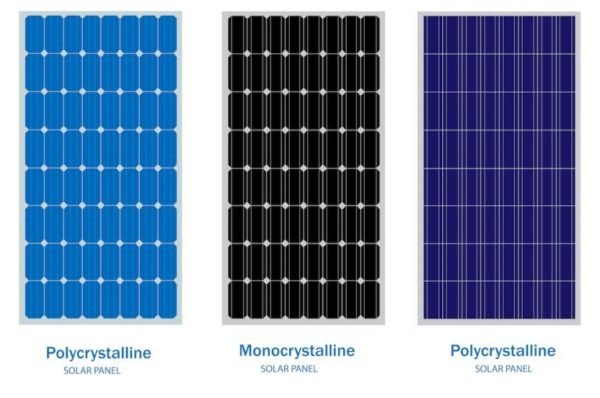 Solar panels based on polycrystalline cells have a long history in the industry, since their manufacture started in the eighties. Its biggest advantage compared to monocrystalline cells comes from a  production process with lower cost, which pulls down the final price  of these systems.

For this product, the silicon is melted and introduced into molds with which the cells are shaped. With this process not only a much smaller amount of this element is used, but losses in the production phase are avoided.

Although these cells are more affordable, they have some disadvantages. The lower heat tolerance of these cells means that they have a  lower efficiency than the monocrystalline alternative . In particular, it is estimated that in the panels that include these cells the efficiency ratio is a maximum of 16%, mainly due to the lower amount of silicon they incorporate.

The negative effect that the high temperatures cause on these cells, which makes them even less attractive than the monocrystalline ones for users residing in warm areas, as well as their lower efficiency with respect to space, also appear as disadvantages of these systems.

Thus, although both cells contain silicon, they exhibit different behaviors depending on aspects such as the amount of light or the necessary dimensions. Price is another key issue that, as we have seen, rises in the case of monocrystalline cells. However, as the industry matures, the production costs are reduced, so that the acquisition of photovoltaic panels with these cells is becoming more affordable.