The solar panels thermalalso called solar panels for DHWhave the objective of providing hot water thanks to the Thermal solar energy.

The hot water can be used both for sanitary water, for swimming pools and even as support for air conditioning, as a solar thermal heating. This is part of the Renewable energy.

The thermal solar panels They allow a great saving of energy and money that in the long term not only manage to amortize your purchase, but also acquire benefits. Since the thermal energy is gratuitous and free, and has never been tied to any canon, not even that of the sun tax.

In many cases, the different types of solar panels depending on whether they produce DHW or electricity. Faced with this dilemma, it is easy to know the Differences between thermal solar panel and photovoltaic solar panel.

Ydepending on the needs, one option or another can be chosen.

The thermal solar panels they need a massive storage tank, where the heat is transferred, to be used at any time. Even at night.

There are many accumulators of different capacities, but to get a general idea, a 300-litre accumulator supplies two people daily, saving 80% on electricity and gas bills, although it all depends on your consumption habits.

Any thermal solar panel no matter how economical or efficient it may be, it consists of water and antifreeze that circulates throughout the thermal plateheating up to high temperatures, until returning to the accumulator where it deposits the heat and comes out again.

There are 2 types of solar thermal panels:

The flat thermal solar panel It consists of a box with a transparent cover that has insulation on the sides and bottom.

Inside, it has several layers of materials, such as the absorber plate that is responsible for capturing thermal energy and a metal plate where the tubes through which the heated liquid circulates are welded. 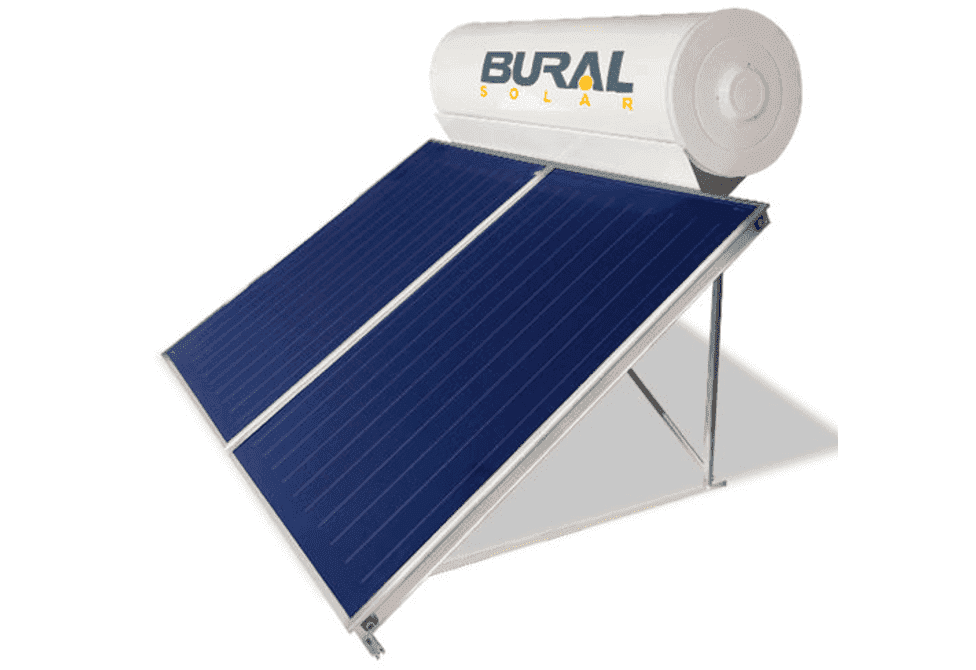 We can consider it to be cheap thermal solar panelthey are the most efficient in situations with many hours of sunlight as they have the ability to absorb a lot of heat.

Their drawback is that they are less efficient in environments with little sun or where the sun’s rays do not directly affect the thermal panel.

This technology is made up of vacuum tubes inside a glass box and are considered as high performance thermal solar panelsbut at the same time they are the most expensive.

Cylindrical vacuum tubes are prepared to absorb heat in their first layer, but inside, thanks to their vacuum chamber, they are ready so that the absorbed energy has the least heat loss. 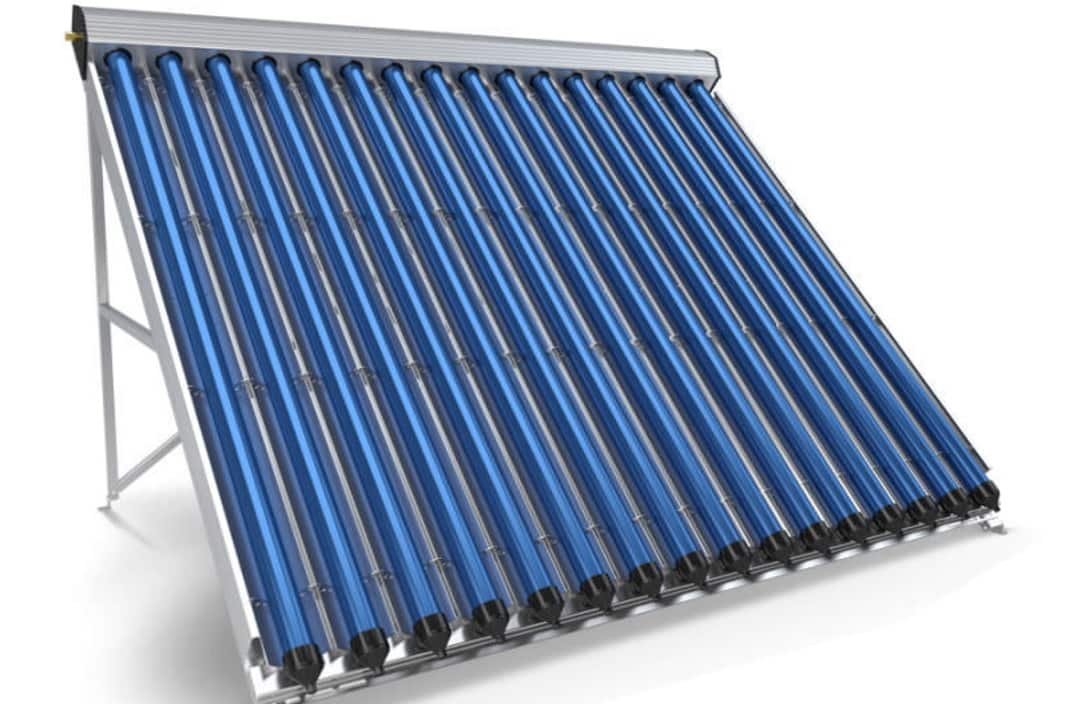 Generally speaking, evacuated tube solar collectors They are prepared for circumstances where there is not much sun or at times when the sun’s rays do not directly affect the collector.

This technology also has some drawbacks. Some are more sensitive to water pressure and have less resistance than flat thermal solar panels.

What Solar Panels for DHW do I choose?

It depends on various factors, but leaving economic and amortization issues aside, thermal solar panels flat are recommended in very warm areas with lots of light; while the tube solar collectors empty They are recommended for irregular climates.

For example, in Spain, flat thermal solar panels are generally recommended from the middle of the peninsula to the south, while evacuated tube solar collectors should be used in the north of the peninsula.

The thermal solar panel performance curves They are extremely important to know before buying a solar thermal panel, as it determines its true effectiveness. This method will also help us compare different thermal panels in terms of power and efficiency.

The thermal solar panelsbefore going to the market, they must necessarily have a certificate approved with this yield curve according to the established regulations of the country of the manufacturer.

There are two kinds of performance curvesthe linear yield curve and the gridded yield curve.

To obtain the thermal solar panel performance curveit is important that we understand the following formula, since with it we extract the power and the authentic efficiency of this technology.

In this formula there are several elements, those belonging to the technical characteristics of the thermal solar panel as weather conditions.

At the time of making the equation, the manufacturer must specify what meteorological measures have been used. It is useless to compare two thermal panels if they have not been made under the same weather conditions.

Now, how do you do a thermal panel performance curve? Well, taking into account the equation that we have explained, we are modifying the climatological data to calculate the power of a thermal panel. 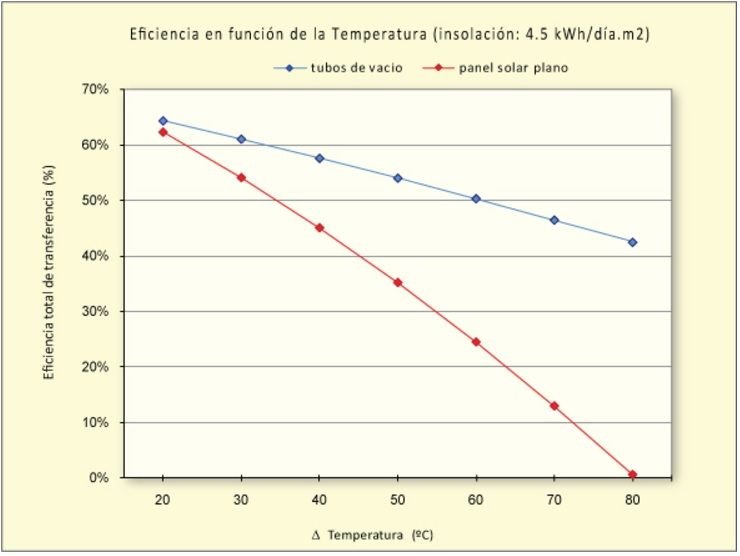 Thanks to skenta, we have this example of linear yield curve of the two types of thermal panels.

As you can see, both work the same in good temperatures, but as there is less sun, the vacuum tube drastically outperforms flat solar panel because it retains heat better.

No matter how good one is installation of thermal solar panelsit is not recommended to make a project where 100% of all hot water or heating needs are covered.

Because a lot of power is needed to cover the winter (so much so that no economic return is expected on what is invested in the project).

This is because in winter is where the thermal solar panels they capture less heat, and with it less energy, however it is also the season when hot water and heating are most demanded.

The installation of thermal solar panels It must be executed with precision and with great professionalism, quality materials must be used and that last over time, because otherwise the solar thermal installation could show rust and corrosion.

How many solar panels do I need to power a refrigerator?