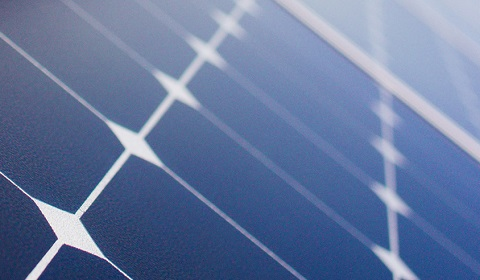 Last year, the producers of photovoltaic panels competed with each other, introducing modules with more and more power, which, however, did not always go hand in hand with a clear increase in efficiency, and the greater power was achieved simply by increasing the size. of the modules. In 2021, however, there were also several module implementation announcements on the market, in which high efficiency was highlighted.

The most efficient solar panels in 2022

Efficiency and power are the basic parameters of photovoltaic panels. The important progress in increasing the efficiency of the modules that photovoltaic panel manufacturers have made in the last decade means that much smaller panel surfaces are now needed to achieve a certain power, and therefore – the cost of obtaining raw materials and production is less.

In recent years, the average efficiency of PV modules available on the market has increased by around 0.5 percentage points.

Currently, the first models of photovoltaic panels are beginning to appear on the photovoltaic market, which are based on new, more efficient silicon cell technologies – HJT or TOPcon, which may eventually replace the still dominant PERC cells.

The implementation of new types of cells in the series production of modules already translates into achieving greater efficiency.

The list of solar panels available on the market, which are currently characterized by the highest efficiency, was presented by analysts from Taiyang News.

The leader of the ranking turned out to be Maxeon (ex-Sunpower), whose 3-series photovoltaic module with a power of 430 W, based on IBC technology, has an efficiency of 22.7 percent.

The second is Jolywood, which has recently reported significant progress in bringing a new type of TOPCon photovoltaic cells into production. Thanks to them, the Chinese company has already been able to introduce a module with a record power of 700 W and an efficiency of 22.53 percent in its offer.

Third place went to a photovoltaic module with a power of up to 405 W from the Korean company LG. The efficiency in this case is 22.26% and the cells used are based on IBC technology.

The JinkoSolar module with a power of 575 W, with an efficiency of 22.26 percent, came in fourth place. and which is based on TOPCon cells. It is also the last module on the list compiled by Taiyang News, whose efficiency exceeds 22 percent.

List of the most efficient photovoltaic modules available in the commercial offer. As of December 2021 Source: Taiyang News.

Only one product made by a European company appeared in the top fifteen of the most efficient photovoltaic modules. It is a panel based on HJT cells and has been available on the market since the middle of last year from the Swiss company Meyer Burger.

The module produced in Freiberg, near Dresden, has a power of 390 W and its efficiency is 21.8 percent, giving it sixth place in the Taiyang News ranking.